The number of active coronavirus cases in Wyoming increased by 133 on Wednesday as the state saw its second largest single-day increase in new confirmed cases since the pandemic began.

The Wyoming Department of Health, in its daily coronavirus update, said 174 new confirmed cases were reported Wednesday, along with 39 new probable cases.

Once 80 new recoveries were counted, the state was left with 1,859 active cases, an increase of 133 over Tuesday

The increase is the second-largest single-day gain in new cases seen since the first coronavirus case was detected in Wyoming in March. The largest increase, 195, occurred on Oct. 9.

The new cases brought to 6,914 the number of laboratory-confirmed cases seen in Wyoming since the pandemic began.

The number of probable cases, meanwhile, increased by 39 on Wednesday to total 1,263. A probable case is one where a patient has coronavirus symptoms and has been in contact with someone with a confirmed case, but has not been tested for the illness.

The 80 recoveries reported brought the number of people to have recovered from a confirmed or probable case of coronavirus since March to 6,261. 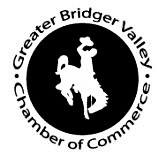