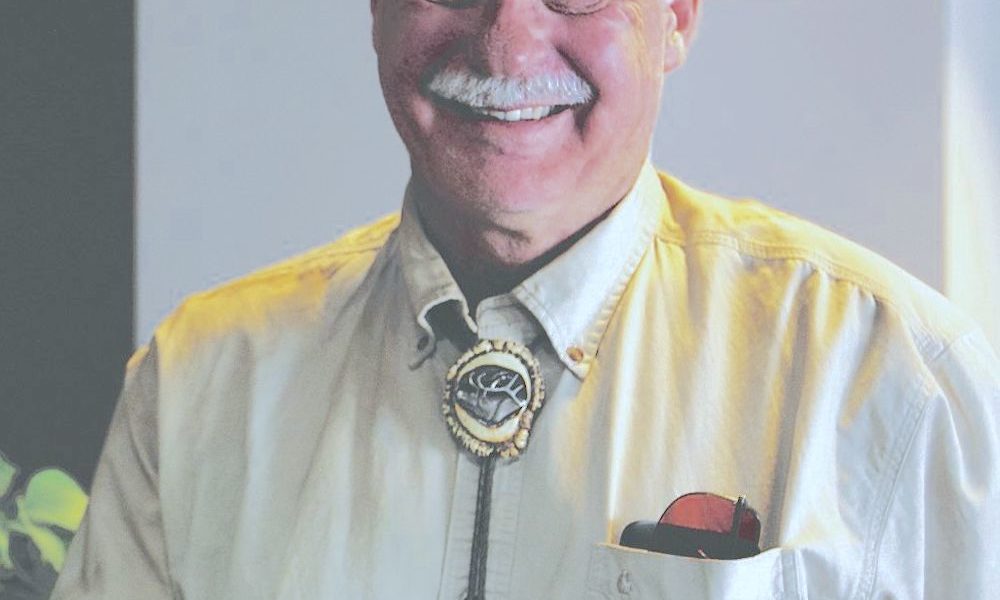 LARAMIE — Tired of seeing the millionaires in political office continuously representing big corporations instead of the Wyoming people, Albany County resident R. Mark Armstrong has announced he is running for U.S. Senate.

“I’m not sure they know the struggles of the family that struggles from paycheck to paycheck, and it’s hard to have the empathy for people that you don’t have any connection with,” Armstrong told the Boomerang earlier this week. “I’m not a big tax the rich guy; I’m a represent-the-people guy. I want fairness in our government.”

The great-grandson of legendary University of Wyoming coach John Corbett, Armstrong was born in Laramie and has deep roots in Wyoming, currently living near Centennial. He worked as a geologist for Halliburton and as a senior engineering geologist for Earth Metric, now SHP, before starting his own company Earth Engineers in 1992. He said his work cleaning up toxic spills as well as keeping in-zone when directing drilling for oil or gas has helped give him a unique perspective.

“I think that it gives me an understanding of government and regulatory burdens on businesses and also the other side of that is businesses that do not want to comply with the rules and how they have to be educated,” Armstrong said.

He added he has made his career out of being “a problem fixer” and instead of lamenting the nation’s problems, he wants to find potential innovative solutions.

“I’ll be a very active voice for the people of the state of Wyoming,” he said. “If we have a better, stronger, harder voice, then hopefully the people will benefit from that.”

Armstrong is a registered Republican, but he said he’s not “set in a specific ideology, the talking points, the platform stuff.” He said he’d rather focus on facts and science as he makes his decisions and he’s not afraid to change his mind on an issue if it’s warranted by data.

One of his biggest campaign platforms, he said, is that the “government should not pick winners and losers.” He wants a government focused on fairness, whether it’s making sure contracts are given to private companies fairly or eliminating wasteful spending.

Concerned about the population moving out of the state for better opportunities, Armstrong said he wants to be a strong voice supporting Wyoming’s disappearing middle class. This also means supporting the state’s economic drivers, he added, such as cattle ranching and the energy sector, including “clean coal and natural gas.”

Armstrong also wants to start planting trees to fight the damage caused by Mountain Pine Beetles as they infest forests throughout the state and region, as well as keeping corporations accountable for any environmental damage they cause.

Within his community, Armstrong has served with his church, as well as serving as a  coach and volunteer firefighter. His time as a firefighter has sparked some more short-term goals he would like to change if elected.

Armstrong said it’s crucial to begin standardizing firefighting equipment and radio frequencies for better communication and collaboration between fire departments, especially during wildfires. Currently, when volunteer firefighters in Wyoming try to coordinate with Colorado departments, he said it can be a struggle to get on the same radio frequency to communicate or to get the hoses to match the other department’s hydrants.

“I will make sure that happens, because people die because they don’t get the message to move, and here comes a fire and it runs over the top of them,” he added. “The next thing you know, 15 guys are dead.”

Even with his list of goals he hopes to accomplish, should he be elected to represent Wyoming in Washington, D.C., Armstrong still wants to continue the hobbies that make Wyoming great, like fishing and hunting.

“I was hoping I would get through bow hunting season before this started,” he said with a chuckle.

His only primary opponent so far, former Congresswoman Cynthia Lummis, may have more name recognition and bigger campaign donations, but Armstrong said he is wanting a more grassroots approach to his campaign. He’s looking for donations and support from the very people he intends to represent as he drives and shakes hands around the state throughout this next year.

“I don’t want to buy a seat in the Senate,” he said. “I want to represent the people of the state of Wyoming, and I also expect to come out of the Senate as poor as I go in.”

Noting the importance of inviting “fresh ideas,” Armstrong plans to limit himself to just two terms in office if elected.