The following obituaries appeared in the July 31, 2019 edition of the Star Valley Independent.

Darlene Miles Jones, age 87, passed away peacefully at the Lehi Beehive Home on July 15, at 4:28 pm (the very same time her husband passed away 16 years ago). She was surrounded by family, especially all eight of her children the last few days of her life. She was the oldest of two children, born in Afton, Wyoming, to John LaVor Miles and Meletia Pearl Izatt Miles way back in the “good ol’ days.”
Despite adversity in her life, she had become a pillar of spiritual strength to her family and to those with whom she associated. She had the unique opportunity of working as a secretary to ElRay L. Christiansen, when he was President of the Salt Lake Temple and later as a secretary to the First Presidency of the Church of Jesus Christ of Latter-Day Saints with President David O. McKay.
While serving as a missionary in the Hawaii Mission, she met Arthur Jones, her “knight in shining armor” who was also a missionary. With a boyfriend or two at home, it was hard for her to accept this newcomer. But his exceedingly great charm began to win out. In fact, the Mission President had to banish her to the island of Kauai to separate her from her “knight” who was the Mission President’s 2nd Counselor. The “knight”, of course, was the epitome of the arm’s length Elder and missionary discretion. Her great spiritual strength and willingness to be of help convinced her “knight” that he had to become better acquainted after her mission service which ended seven months after his. She had a knack of wrapping the Elders around her little finger and getting them to do things for her. This was a source of consternation for her “knight.” Of course, they got married after a summer of dating. In addition to all of this, her “knight in shining armor” considered her to be the greatest wife, helpmeet, companion, counselor and friend.
Darlene is the mother of eight children, five boys and three girls. Her posterity increased to 35 grandchildren and 27 great grandchildren with two more on the way. Her talents, other than being a special mother, included music, knitting, sewing, and crocheting doilies (to name a few). She sang, played the piano extremely well and had written two songs, one of which is extra special and was developed from inspiration (“Woman, Who Are You?”). Both songs have been published. One of her greatest pleasures was entertaining her children by telling little “funnies”, making wisecracks and relating amusing incidents in the young lives of her children. Another of her greatest desires in life was to help other women: Help them to be more beautiful, both inside and out, help them to have great self-esteem and help them to be successful as mothers, wives and individuals. Darlene served graciously in all her church callings including Relief Society President at least three different times, and a second church mission with her husband at the Provo Missionary Training Center from 1999 – 2000.She would also say to everyone, “My name is Darlene … that means I’m ‘darling’!” Darlene is survived by her eight children, Cindy (Mark) Wyckoff, David Jones, Randy (Amy) Jones, Melanie (Kay) Johnson, Tim Jones, Jef (Shirlyn) Jones, Cristina Jones, Chris (Lorie) Jones, thirty-five grandchildren and twenty-seven great grandchildren. She is also survived by her brother LaVor (Shirley) Miles. Darlene was preceded in death by her parents, her husband, and her half-sister Joan Peterson. Funeral services will be held Thursday, August 1, 2019 at 11:00 a.m. in the Lehi Utah Willow Park Stake Center Chapel (1998 West 900 North, Lehi, Utah). Friends and family may attend an evening viewing Wednesday, July 31, 2019 from 6:00 – 8:00 p.m. at the Sundberg-Olpin Mortuary Funeral Home (495 S. State St, Orem, Utah) and on Thursday from 9:30 – 10:30 a.m. prior to the services at the church. Interment will be in the Orem Cemetery, Orem, Utah.  Condolences may be sent at sundbergolpinmortuary.com. *Written mostly by Darlene Jones before she passed away. 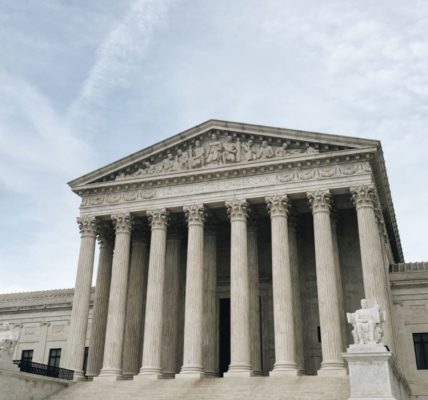