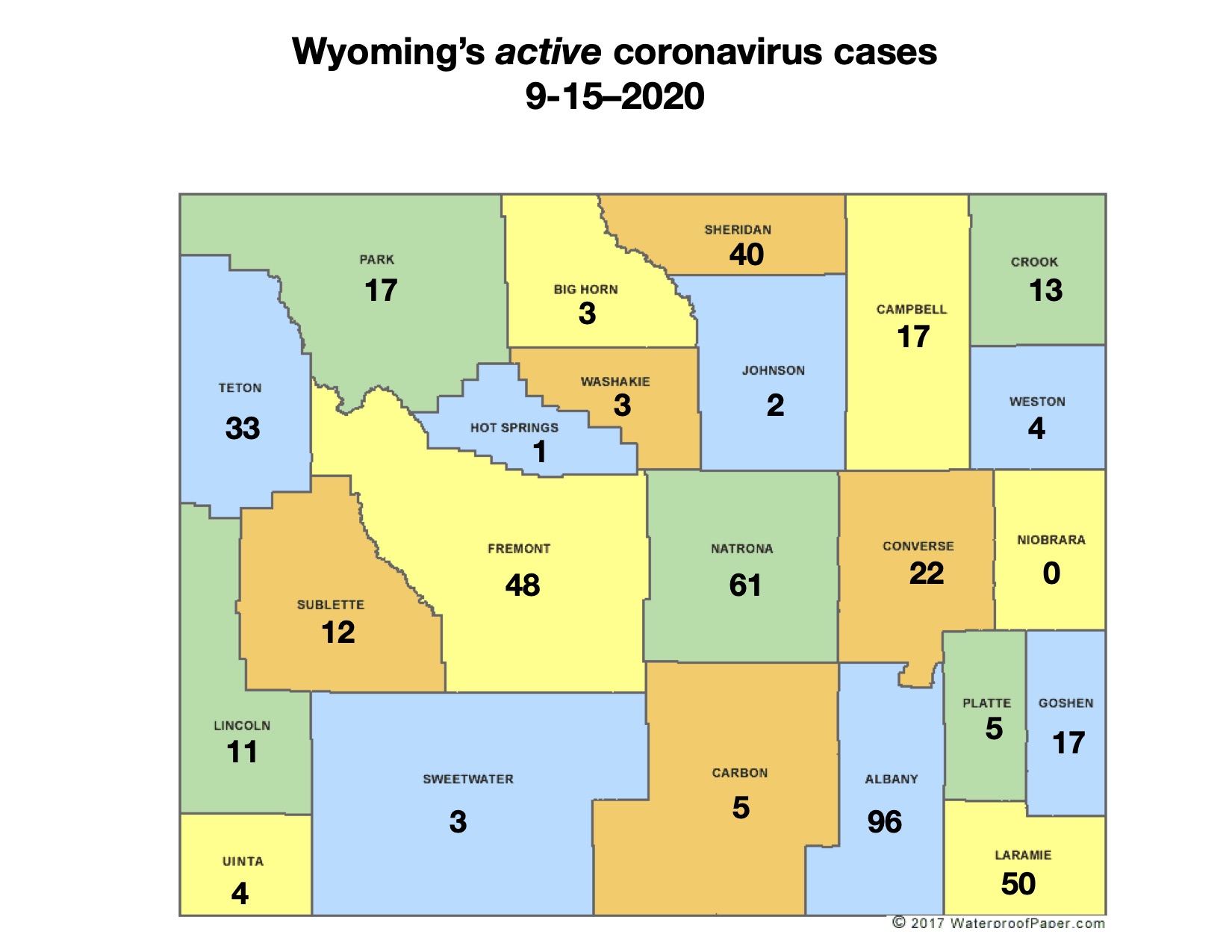 The Wyoming Department of Health, in its daily coronavirus update, said 46 new laboratory-confirmed and probable cases of coronavirus were reported Tuesday, while the number of people to recover from the illness went up by 42.

The numbers left the state with 467 active cases, an increase of four from Monday.

Albany County had 96 cases; Natrona had 61; Laramie had 50; Fremont had 48; Sheridan had 40; Teton had 33; Converse had 22; Campbell, Goshen and Park had 17; Crook had 13; Sublette had 12; Lincoln had 11; Carbon and Platte had five; Uinta and Weston had four; Big Horn, Sweetwater and Washakie had three; Johnson had two, and Hot Springs had one.

Niobrara remained the only county without an active case.

The total number of laboratory-confirmed cases seen since the illness was first detected in Wyoming in March grew by 39 on Tuesday to total 3,762. New cases were reported in 13 counties: Albany, Converse, Crook, Fremont, Goshen, Laramie, Lincoln, Natrona, Park, Platte, Sheridan, Sublette and Teton. Albany County saw the most new cases at 10.

The number of probable cases, where patients have coronavirus symptoms and have been in contact with someone with a confirmed case, went up by seven Tuesday to total 676 since the pandemic began.

The total number of people infected with either lab-confirmed or probable cases since mid-March stood at 4,438 and the Health Department said 3,925 of those people had recovered as of Tuesday, an increase of 42 from Monday.

The recoveries are divided among 3,326 lab-confirmed cases and 599 probable cases. 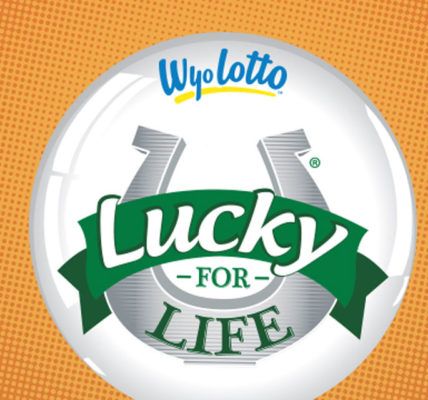 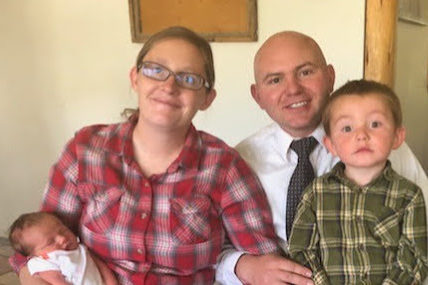