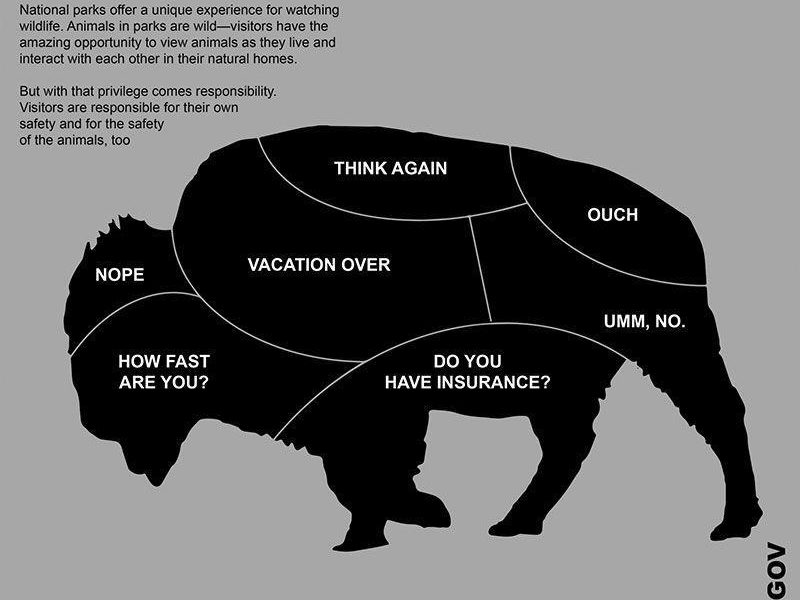 CODY — For the people who still don’t get it, the National Park Service recently spelled out – for the zillionth time in the zillionth way – the stern, common-sense advice to avoid approaching bison as if they are the family dog.

Your close, homebody pal loves it when you pet it. Bison, not so much. The thing to remember – bison are wild.

It is apparently not enough that visitors to the Park are handed a flyer at entrances containing a multi-language, colored-paper warning with the illustration of a bison tossing a human being into the air with its horns.

The Park Service wishes people would not approach within 100 yards of a big 1,500-pound-to-2,000-pound brute like that.

It’s for visitors’ own good – for their own benefit. It’s so they can stay safe. Bison can sprint as fast as Usain Bolt. They may look as friendly as your dog, but up close and personal they are not and may well head-butt you.

After a couple of ill-advised recent occasions when people in Yellowstone and elsewhere around the country set out to pet bison, the National Park Service in Washington, D.C., has increased the intensity of its displeasure, but announced it in a humorous, albeit sarcastic manner.

Just maybe, officials in that office thought, visitors may pay attention to this: They produced a cartoon-like graphic labeled “Wildlife Petting Chart.” It involves a drawing in the shape of a bison and the bison’s body is divided up into a map of sorts, much like one might come across in a butcher shop.

However, rather than inform the reader one section is tenderloin and another is bison burger, different body parts provide an alert system of a kind.

Do not pet the bison at any place on its body is the clear anti-petting message.

Four other similar warnings are spread out across the bison’s body.

The graphic is emphatic. It might as well read, “Get the picture?”

The picture itself may not be worth 1,000 words, but the few words added constitute an entire safety campaign. 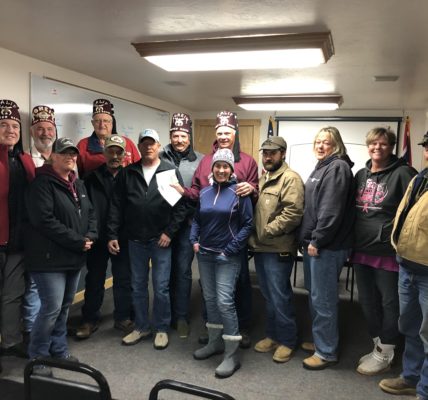 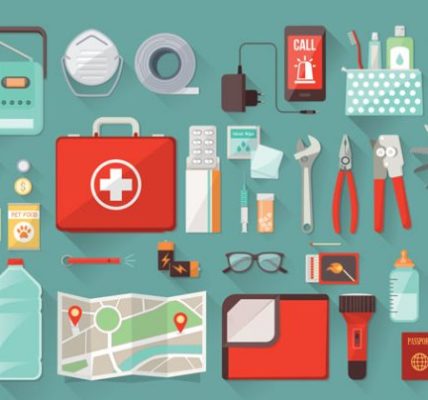 County urging area residents to take the time to be prepared 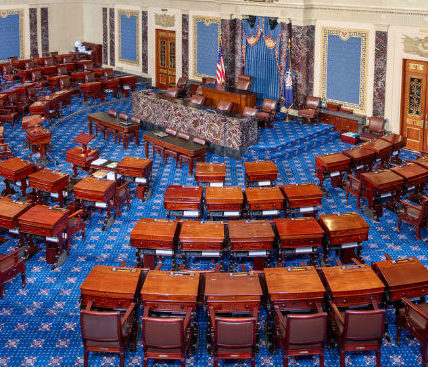