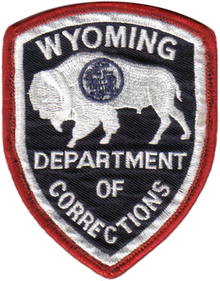 ACLU offers plan to cut incarceration by half

CASPER — Wyoming could save $20 million and reduce incarceration by more than one-sixth if it deeply cuts prison sentences for drug crimes and altogether ends prison terms for possession conviction, according to the American Civil Liberties Union.

The suggestion comes as part of a report issued Tuesday that lays out a proposed path to halving Wyoming’s prison population by 2025, which the advocacy group says would save the state more than $160 million. The full set of proposed reforms calls for drastic cuts to sentencing guidelines and requirements in state courts and a significant reduction to the number of Wyoming residents behind bars.

The ACLU released the 32-page document as part of a nationwide analysis of state-level criminal justice systems, as part of a partnership with the Urban Institute. It comes at a time when the Wyoming Legislature has been considering a number of criminal justice reform bills intended to reduce the length of incarceration for low-level offenders in Wyoming’s justice system — an effort intended to counter the state’s rising incarceration rates.

Though the potential savings outlined in the report were substantial, the co-chairman of the Wyoming Legislature’s Joint Judiciary Committee, Rep. Dan Kirkbride, R-Chugwater, said that many of the benchmarks outlined in the ACLU’s report were largely aspirational, and that significant reform, when it comes, will likely come slowly.

Many of the reforms passed by the Legislature in the 2019 general session only went into effect July 1. With no solid data yet available on whether those programs are succeeding, Kirkbride said there is currently little incentive for criminal justice reform skeptics in Cheyenne to push the issue further than they need to. State lawmakers in the 2019 Legislative Session killed a bill offering sentencing reforms for marijuana possession, for example, despite the ACLU report’s promise of cost savings through drug sentencing reforms and alternatives to incarceration.

“It’s kind of an aggressive agenda,” Kirkbride said of the report. “But I don’t say that critically — I appreciate people who have a vision for where government needs to go. It isn’t just a problem in Wyoming; it’s a problem nationally. We have a lot of people in prisons — the highest rate in the world for incarcerating people. If you’re really going to tackle the problem, maybe some of the aggressiveness is justified. We’ll see what the state’s appetite is for it in the years to come.”

The Wyoming director of the ACLU, Sabrina King, agreed. However, she said successful reforms will only come with consistent attention to the issue and an attitude of perpetual reform to make the state’s criminal justice system more effective than it has been.

“We do have a more aspirational conversation ahead in terms of how we address these issues, and I think justice reinvestment is step one,” she said. “If we move forward with implementing what was passed this year — reinvesting in drug treatment and mental healthcare services, which is a huge issue — and we continue looking at why we’re sending people to jail in the first place, then I think we’ll be making real progress.”

Wyoming’s incarceration rate has been on the rise for years, and a Star-Tribune data analysis last year found a large proportion of new inmates were locked up for drug crimes. About a quarter of the prison population is there serving drug sentences. And half of all new inmates were imprisoned after violating their terms of probation or parole by using a controlled substance.

The department, which is responsible for people incarcerated in the state’s five prisons, has been plagued by budget shortfalls and staffing issues for years. Those concerns contributed to an agency decision last year to ship about 90 men to a private prison in Mississippi. In February, a Cheyenne man died by suicide in the southern prison.

A Corrections Department spokesman said Tuesday afternoon he was not familiar with the ACLU report before the Star-Tribune contacted him Tuesday afternoon. Mark Horan, the spokesman, said he had forwarded the report to senior administration but that the agency’s leaders had not yet reviewed the document.

The report noted not only that Wyoming has continued to increase its rates of imprisonment, breaking with national trends of decreasing incarceration, but that the state has also outpaced its own predictions. To cut those numbers, the ACLU report calls for fewer people admitted to prison and, when they are imprisoned, for people to serve less time.