General conferences of The Church of Jesus Christ of Latter-day Saints take place every six months, originating in the 21,000-seat Conference Center in Salt Lake City and reaching a global audience estimated to be in the millions. Below is a summary of news and announcements from the spring 2019 proceedings.

At the conclusion of the 189th Annual General Conference, President Russell M. Nelson of The Church of Jesus Christ of Latter-day Saints announced plans to build eight new temples.

The new houses of the Lord will be in the following locations:

President Dallin H. Oaks of the First Presidency presented these 10 names for a sustaining vote as General Authority Seventies: 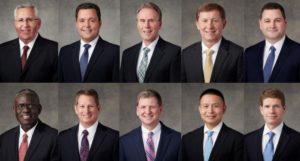 For the information of the members of the Church, the First Presidency has issued the following statistical report concerning the growth and status of the Church as of December 31, 2018. 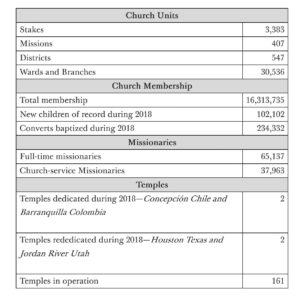