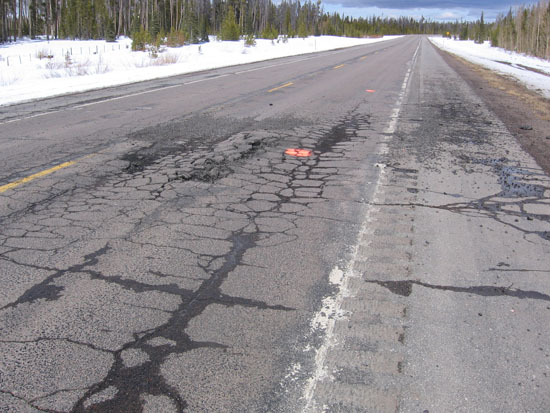 CHEYENNE – With the state facing millions of dollars worth of unmet needs for its roads and bridges, a bill to create a task force to explore ways to fund repair work failed by a narrow margin Friday in committee.

The bill would have created a 15-member group, comprised of legislators, stakeholders from transportation industries, and representatives from the Wyoming Department of Transportation and the governor’s office, to explore funding strategies used by other states and entities.

Ultimately, the bill failed in the Joint Transportation, Highway and Military Affairs Interim Committee meeting Friday afternoon in Casper due to doubts among legislators that creating a task force was a necessary step in the process.

“Is there anything other than rediscussing what’s already been discussed and super-discussed that will happen with this?” Rep. Joe MacGuire, R-Casper, asked during the meeting.

In response, WYDOT Director Luke Reiner told the committee it is crucial to explore options beyond a fuel tax increase, which passed out of the Joint Revenue Interim Committee in July.

“What we know is that a fuel tax as a long-term funding mechanism for roads is on the decline,” Reiner said. “It’s on the decline for simple reasons that we know, which is more efficient vehicles, electric vehicles, the list goes on and on.”

One funding option gaining nationwide momentum is a mileage-based user fee that calculates a tax based on distances, Reiner said.

“My initial thought going into this task force is exploring that possibility and seeing how that’s applied to us in this state,” he said. “There’s certainly surrounding states that have already started doing that.”

Sen. Stephan Pappas, R-Cheyenne, who collaborated with Reiner to draft the bill, said it’s imperative to study every option.

During its August meeting, the transportation committee passed a bill creating a master plan to explore tolling on Interstate 80. Even if that bill passes the 2020 budget session of the Legislature, however, it would need additional approval in 2022 to actually be implemented.

“The only thing we’ve really looked at in the past was tolling,” Pappas said. “The user tax, in a lot of circles they call it the vehicle mile tax. I’m getting away from using that because people have referred to it as the vomit tax … but that may be part of the solution.”

Ultimately, the bill creating the task force failed by a vote of 5 to 8, as other legislators couldn’t be persuaded that the new group would be worth it.

“I’m just thinking downstream after the task force,” Rep. Jerry Obermueller, R-Casper, said. “Doesn’t this committee ultimately have to vet all these ideas anyway? My concern is … the number of task forces.”

The meeting Friday was the last one scheduled for the interim committee before the legislative session begins in February.