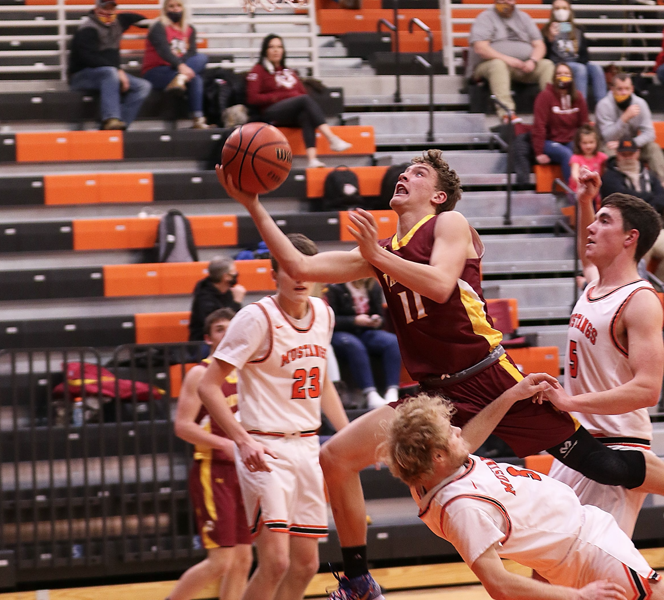 The longest road trip of the season coincided with one of the winter’s most significant stretches of cold and snow in Wyoming but that didn’t stop the teams from competing at both Natrona County High School and Rock Springs over the weekend.

The Braves had a pair of low-scoring games that came down to the wire as the team pulled out a win in Casper 43-41 on Friday night and a 42-40 win against the Tigers on Saturday afternoon.

“We got two wins but barely,” said Head Coach Paul Kabonic. “It was tight. I thought it might be. Both teams have good big athletes. They were bigger and could stay in front of us. I was worried it was gonna be close. I think that’s always gonna be a tough thing when we play those teams because they can guard us and when we’re not shooting the [three-point ball] well we’re not getting enough offensive production.”

Tristan Kleeman scored 17 points to lead the way for the Braves against the Mustangs. Brant Nelson scored eight points and finished with four steals, including the last one of the game to deny Natrona County a final bid at the win. It was the first win for Star Valley at NCHS since the 1963-64 season, a span of four games.

Against Rock Springs the Braves had a somewhat comfortable lead in the first half but the Tigers came out hot from beyond the arc in the third quarter to take the lead. The lead tilted back and forth several times before Nelson once more made a game-winning play, hitting a clutch three-point basket which turned out to be the difference. Nelson finished with 12 points in the contest. Kleeman scored 11.

Up next is the second run through the 4A Southwest as Star Valley hosts Jackson this Friday evening and then travels to face the Evanston Red Devils on Saturday.

Based on how things have finished between Star Valley and Evanston over the past several seasons, the game on Saturday could be one that has a big impact on the post-season seeding.

“I think it might be the biggest game of the year in that regard,” Kabonic said. “We’re preparing for Evanston this week and we’ve got to rebound better against them. If they shoot two and three times we could be in trouble. I feel like if we shoot the same number of times we can win but we need some steals and some easy buckets too.”

• Coverage
Star Valley will host Jackson with the boys varsity game on Friday scheduled to start at 7:30 p.m. SVI Media will feature the Aspen Physical Therapy Countdown to Tip-off prior to the start of the game at svinews.com and on Swift 98.

The Braves will be at Evanston High School with a start time of 3:30 Saturday afternoon.

• Attendance
According to SVHS Activities Director, Rob Erickson, new health orders from the state now allow for 500 fans at the games. A count will be kept at the door with the first 500 comprising the total.

Sheriff’s office investigates after woman reports being attacked while hiking 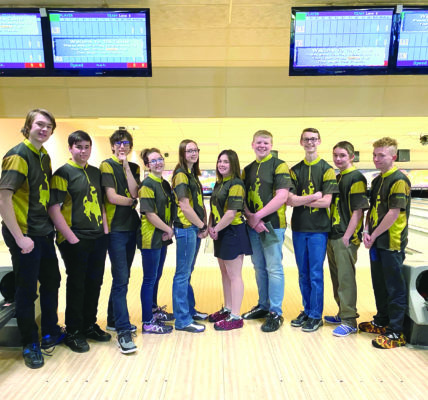