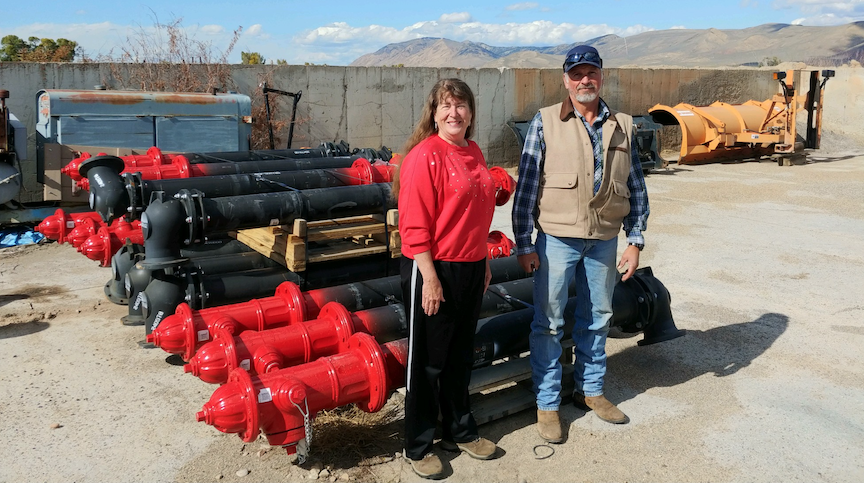 When a city in Utah was looking to unload a baker’s dozen of new fire hydrants for a discounted price, the Town of Cokeville was happy to purchase the equipment.

According to Arndt, the hydrants were available because the Utah community decided to install a different model.

“These are brand new hydrants and they will work great for our system,” she said. “We also received a $2,500 check from Exxon Mobile to help with the cost of purchasing these hydrants.”

According to Arndt, the cost of a new fire hydrant is upwards of $5,000. The Cokeville Water System will still need to replace 12 hydrants, she said.

“The ones that we have in place are old and we can no longer get the parts to repair them,” she said. “The town is actively looking for funding to replace the remaining 12 hydrants that need to be replaced. We will replace them as budget funds allow.”