The Wyoming Cowgirl basketball team welcomes a familiar postseason foe to the Arena-Auditorium Thursday for a 6:30 p.m., contest as the Cowgirls host UCLA in the Sweet 16 of the Women’s NIT.

Thursday’s contest will be broadcast live on the Mountain West Network and can be heard across the Cowgirl Radio Network with Keith Kelley on the call.

ABOUT THE COWGIRLS
Wyoming (17-12) is coming off a memorable triple overtime win Sunday in the second round of the WNIT over Tulsa, 97-90. It marked the first time since the Mountain West Tournament in 2014 that the Cowgirls have played a three OT game.

Quinn Weidemann led the Cowgirls with 23 points in the win, her second consecutive game with 20-or-more points while Allyson Fertig recorded her second-straight double-double as she tallied 22 points and tied her own MW freshman record with 18 rebounds. With those 18 boards, Fertig moved into the top-20 in program history for single-season rebounds with 249 in 2021-22. Fertig became the first Cowgirl since Bailee Cotton in 2019 to record consecutive double-doubles. McKinley Bradshaw and Alba Sanchez Ramos each added 19 points in UW’s thrilling win.

Tommi Olson and Sanchez Ramos each led the way with five assists in the win and is the 12th time this season that Olson has recorded four-or-more assists in a game. Olson also moved up to fourth in the nation in assist-to-turnover ratio in the win and now sits at a 3-to-1 clip on the season. Olson also played a career-high 53 minutes on the night.

Wyoming leads the league with a plus-7.4 rebounding margin on the year and is second in the league in rebounds per game at nearly 40.3 per contest. Despite giving up a season-high 90 points thanks to the three extra frames, the Cowgirls still allow just over 60 points per game in 2021-22, a mark that ranks second-best in the league. The Cowgirls also still rank tied for second in the nation in fewest personal fouls committed per game this season at 11.7 per, despite committing a season-high 20 fouls Sunday.

Sunday marks the second consecutive appearance in the WNIT (2019) for UW in which it has made it to the Sweet 16 and seventh time reaching the round in program history. The Cowgirls are 2-5 all-time in the Sweet 16, having defeated Pepperdine 61-60 in 2019 and Oregon 64-62 in the 2007 championship run.

SCOUTING UCLA
The Bruins are led by two-time All-Pac 12 honoree Charisma Osborne, who leads UCLA averaging nearly 16 points per game and 3.6 assists per game. Osborne also leads the team with 55 made 3-pointers and 90 made free throws. IImari’I Thomas was also named to the All-Pac 12 Team after averaging 15.5 points per game and grabbing a team-high 5.8 rebounds per contest. Thomas also leads the Bruins shooting 54.3-percent from the field. Natalie Chou leads UCLA with 38 steals this season and is second on the squad with 65 assists this season.

As a team, the Bruins score at just over 66 points per game and allow opponents to score at a 60.6-point per game clip. UCLA shoots 40.6-percent overall from the field and is hitting nearly 34-percent from 3-point range. Bruin opponents have shot 38.3-percent from the floor in 2021-22 and just over 36-percent from beyond-the-arc. The Bruins pull down just over 37 rebounds per contest this season.

Cori Close is in her 11th season as the Head Coach at UCLA and has over 66-percent of her contests with the Bruins.

SERIES HISTORY AGAINST UCLA
UCLA defeated the Cowgirls 69-48 in the First Round of the 2021 NCAA Tournament, in the two programs’ only meeting all-time. Sanchez Ramos led the Cowgirls in the loss with a double-double as she scored 15 points and grabbed 10 boards on the night. Bradshaw led the UW bench with 13 points last season against the Bruins. 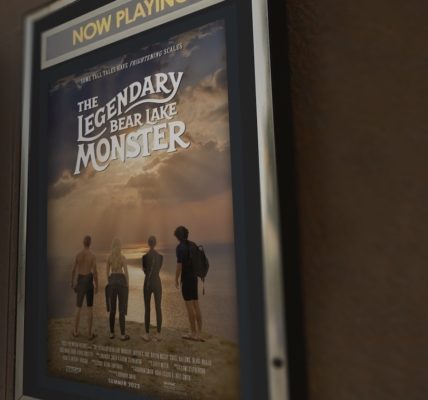