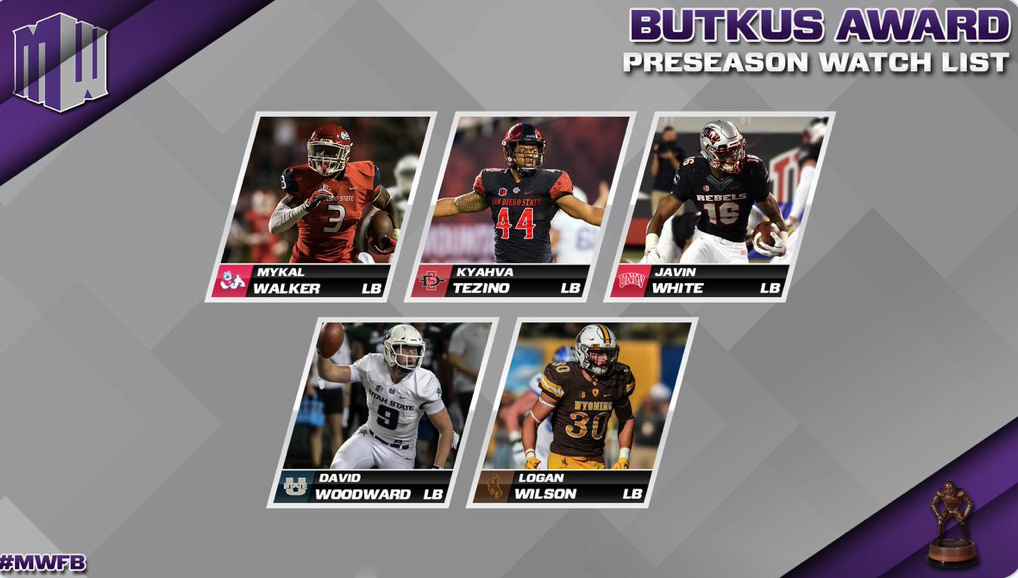 As college football season draws ever closer, the watch lists for post-season honors continue to grow.

Today there were five athletes from the Mountain West named to the Butkus Award Watch List, which honors the nation’s top linebacker.

The announcement comes just before the Mountain West Conference Media Days which are scheduled for this week on July 23 and 24.