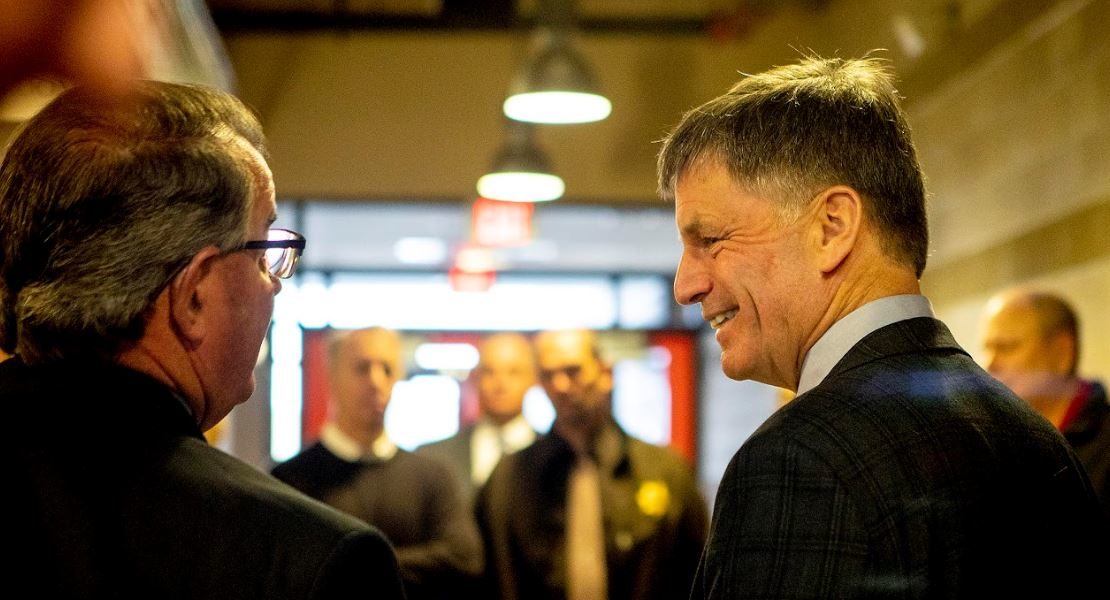 GILLETTE — Wyoming has a bright future ahead of it with the strides it has made in technology and education, but nothing may be brighter than its coal industry, which can not only grow stronger but be part of cleaning up the environment.

That was the message Gov. Mark Gordon had at the Campbell County Chamber of Commerce’s annual governor’s luncheon Tuesday.

Wyoming is the leader in coal production, Gordon said, and now is time to show the world that the Cowboy State does it better than anyone else.

“We can burn it (coal) better, we can do a better job of environmental regulation, we can mine our coal better under better conditions than anywhere else in the world and be part of the climate solution,” he said.

Things such as carbon capture and sequestration and the work going on at the Integrated Test Center and Atlas Carbon are just two examples that “In Wyoming, we are about solutions,” he said.

Coal creates highly skilled jobs in a number of areas and “provides 50 years worth of viable community building.”

“It provides the soul and lifeblood of a place like Wyoming,” Gordon said.

He’s confident that coal will be here to stay and that it will thrive.

“We will have a strong coal industry moving forward, and we will be a leader,” Gordon said.

Wyoming is involved in litigation over the proposed $680 million Millennium coal export terminal in Longview, Washington. Washington Gov. Jay Inslee has blocked it, citing the potential damage coal does to the environment.

“You’re (Inslee) suggesting you buy green electrons and that those somehow are preferable to other electrons,” Gordon said. “But what are you actually doing? Are you actually improving the environment?”

“It’s time Wyoming take a stand to defend our constitutional rights to be able to sell our products overseas,” he said. “It’s important we have access to our markets. We are going to stand up for that.”

Gordon also touched on the development and diversification of the state economy.

Other states see Wyoming as leaders in blockchain technology and are wanting to follow its example. In the agricultural industry, the state is shipping beef to Taiwan and lamb to Japan, and is looking at ways to expand into the Mediterranean market.

In the coming months, he wants to look at making the state’s tax structure more business friendly and see what it will take to have a “viable health care system in every community.”

“If you’re going to diversify, you’ve got to have access to health care,” he said.

But most importantly, he said, if Wyoming is going to move forward, “we need to keep our graduates here, not just our kids.”

Now is “a revolutionary time” in education, where students want to start working as soon as possible but also keep learning after they graduate from high school or college.

He applauded the work the state Legislature did with career and technical education this year, and said that when it comes to the workforce of the future, Gillette College and the state’s other community colleges have a big role to play.

“I think what we are seeing is people who are anxious to learn more as they go through their careers,” he said. “We need to provide the resources for people to continue to grow and become better workers.”