CHEYENNE, Wyo. – Governor Mark Gordon is continuing to build out his team to serve Wyoming. Today, he is announcing that Michael Pearlman will be his new communications director, Pearlman replaces Rachel Girt who has moved back to the private sector; Karen Hayes is his executive assistant; Lachelle Brant, Erica Legerski and Beth Callaway have joined the team as policy advisers focusing on education, budgeting and natural resources respectively; and Pamela Perea will manage boards and commissions.

“I want to thank Rachel for helping start up my new administration. She brought her extensive experience in communications to the launch of this office and got us off to a positive start. I wish her the very best,” said Gov. Gordon. “I am very excited to have Erica, Lachelle, Beth, Karen, Pamela and Michael working with me for Wyoming. They all have knowledge and specific expertise that will help move this state forward.”

Beth Callaway has an interdisciplinary background in natural resource management and environmental policy with an emphasis in water resources. As policy advisor for Wyoming Governor Mark Gordon, Callaway manages the State’s involvement regarding NEPA projects and planning activities administered by the BLM and Forest Service, among many other related natural resource topics. Prior to joining Governor Gordon’s office, Beth represented Wyoming’s transboundary water interests by conducting technical and policy support for the Interstate Streams Division at the Wyoming State Engineer’s Office. She has a B.S. from the University of Wyoming and a Master’s of Environmental Science and Management from the Bren School at UC Santa Barbara.

Erica Legerski is overseeing budget and finance issues as well as transportation and military policy. Before joining the Governor’s Office, Legerski worked for the State Treasurer over the last 15 years, most recently as Director of Finance where she was responsible for the State’s “checkbook”, performing investment accounting and back office functions for the State’s $20 billion portfolio, as well as the office’s budget and audit functions. She also served as the Treasurer’s designee for the Wyoming Community Development Authority board. Ms. Legerski graduated from the University of Wyoming magna cum laude with a B.S. in Business Administration/Finance; and is a Certified Treasury Professional certified by the Association for Financial Professionals.

Lachelle Brant is focused on educational policy for Governor Gordon. She is a former classroom teacher and has worked for the State of Wyoming since October 2008 as an Education Consultant in the Wyoming Department of Education and as the Director of the Unclaimed Property Division in the Wyoming State Treasurer’s Office. At the Department of Ed, she led early learning efforts and worked with school districts, community colleges and the University of Wyoming to implement distance education courses and programs for K-12 students. She received a B.S. in Elementary Education from Montana State University.  Brant was appointed and served on the Governor’s Early Childhood Council and participated in the National Early Childhood State Collaborative for the Council of Chief State School Officers.

Pamela Perea will manage boards and commissions. She is a Cheyenne native with a background in finance and a B.S. in Accounting. Perea has worked in financial services for the Department of Family Services and at Cheyenne Regional Medical Center, where she developed and implemented new policies and procedures. She also worked for the Wyoming Fire Marshal’s Office, where she had several roles involving website development, issuing electrical licenses and work permits, proctoring tests to firefighters, and grant management. Perea starts her role with boards and commissions on May 15.

Michael Pearlman’s communications background includes more than a decade of experience as an award-winning reporter and editor at two Wyoming newspapers. He also has worked in content marketing for a large online retailer and most recently oversaw marketing and public relations efforts for ALIGN, a Cheyenne-based business services non-profit. A member of the Greater Cheyenne Chamber of Commerce Leadership Cheyenne class of 2019, Pearlman serves on the Laramie County Parks and Recreation Advisory Board and as President of the Cheyenne MPO Citizens Advisory Committee. He received his Bachelor’s degree in Journalism from New York University. Pearlman starts his job on May 16.

Karen Hayes is a lifelong Wyomingite, and a University of Wyoming graduate. Prior to joining the Governor’s staff she worked for the Wyoming Legislature, retired Supreme Court Justice Robert R. Rose Jr., the Wyoming Attorney General, the Governor’s Office, private law firms and the Wyoming Department of Health.

The governor is closing in on filling a few remaining positions in the governor’s office and department directors as he builds out his team.

Thayne rest area to be closed 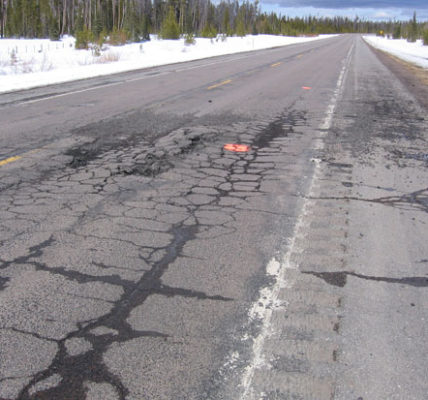 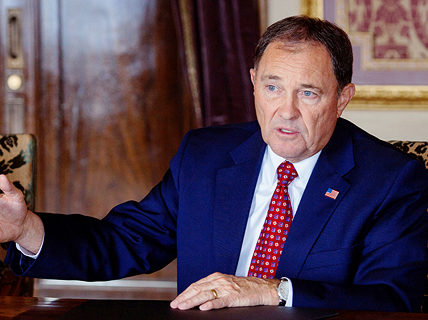