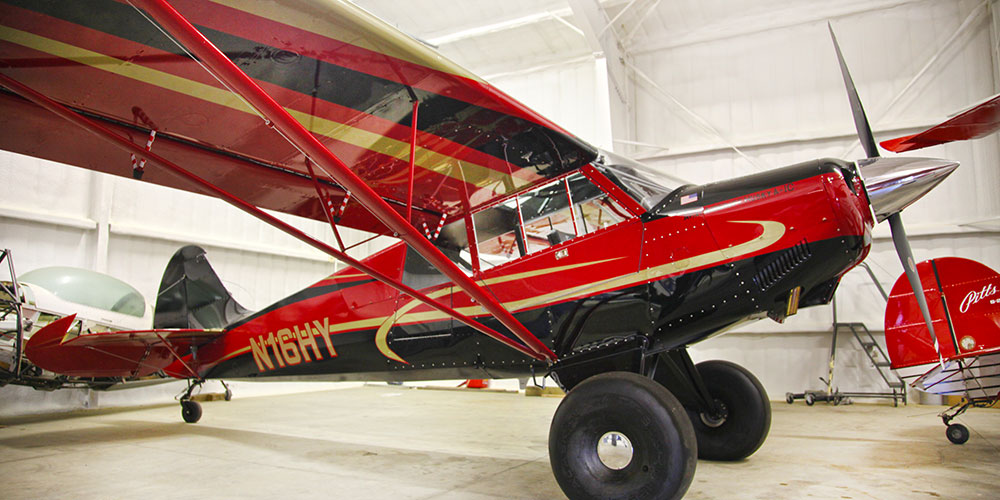 “General aviation is a critical tool that supports rural communities all throughout Wyoming,” said Selena Shilad, executive director of the Alliance for Aviation Across America. “There are 25 public-use general aviation airports in the state of Wyoming, and these airports play an important role in supporting their local and regional economy. We appreciate Governor Gordon for issuing this proclamation that helps to shine a light on the value of general aviation.”

“Local airports serve as a bridge to other communities, connecting towns and cities to the world,” said Mark Baker, president and CEO of the Aircraft Owners and Pilots Association. “General aviation isn’t just a form of transportation, but also supports the commercial well-being of communities across the state. We thank the Governor for issuing this proclamation, and for highlighting the benefits of general aviation.”

“General aviation, including business aviation, is an important tool for towns to remain competitive in an increasingly globalized economy,” said Ed Bolen, president and CEO of the National Business Aviation Association. “In a world where businesses need to compete in an international marketplace, business aviation and our network of airports provide a connection to markets all across the globe. We thank Governor Gordon for issuing this proclamation and for declaring October ‘General Aviation Appreciation Month.’”

“General aviation and community airports are a key tool in driving the local economy of towns and cities across Wyoming,” said Gary Dempsey, president of the National Air Transportation Association. “These airports provide well-paying careers and attract investment in local business. NATA, and our member companies, are grateful for Governor Gordon’s proclamation and for recognizing the value of general aviation and local airports.”

“Helicopters and other general aviation aircraft play an important role in supporting the public,” said Matt Zuccaro, president and CEO of Helicopter Association International. “Helicopters are vital in supporting medical evacuations, supplementing law enforcement work on the ground, and supporting search and rescue efforts. We appreciate the governor’s proclamation, which helps raise awareness around the value of general aviation.”

Jack Pelton, CEO of the Experimental Aircraft Association said, “Hundreds of thousands of Americans have taken to the skies over the past couple generations. Organizations like ours, the Experimental Aircraft Association, has served as a hub for people to build their own aircraft and, through our Young Eagles program, educate young people on aviation and the mechanics of flight. We are grateful for the governor’s proclamation, which gives recognition to the benefits of general aviation.”

“Wyoming’s network of public-use airports makes up a critical part of our national infrastructure,” said Shelly Simi, president and CEO of the National Association of State Aviation Officials. “Taken as a whole, these airports play an important role in supporting our transportation network, while also providing a benefit to each of the communities they serve. We thank Governor Gordon and Brian Olsen, Interim Administrator of the Aeronautics Division at the Wyoming Department of Transportation, for issuing this proclamation, which shines a light on an important part of our national infrastructure.”

According to the proclamation:

“Our nation’s aviation infrastructure represents an important public benefit, and Congressional oversight should be in place of this system to ensure that it remains a public system and serves communities of all sizes.”