Press release from the office of Governor Mark Gordon

CHEYENNE, Wyo. – Governor Gordon’s Missing & Murdered Indigenous Persons (“M&MIP”) Task Force will hold its next meeting on Wednesday, February 17th, to review the findings of Wyoming’s first Murder and Missing Indigineous Persons Statewide Report and to discuss the ongoing documentary project. The meeting will be recorded and available on the Division’s website: http://ag.wyo.gov/victim-services-home-page.

“I want to congratulate the Task Force for reaching a critical milestone this year, in publishing the first Murdered and Missing Indigenous Persons Statewide Report. I also want to thank Senator Ellis and Representative Clifford specifically for their support of this report throughout the process, and for ensuring legislative involvement,” Governor Gordon said. “This report captures state-specific data on crimes against Native Americans in Wyoming, many of which tragically remain unsolved.”

Released on January 7, 2021, the first M&MIP Statewide Report was developed by the University of Wyoming’s Wyoming Survey & Analysis Center.

It was commissioned by the Wyoming Attorney General’s Division of Victim Services on behalf of the M&MIP Task Force, and was the culmination of a yearlong look into law enforcement data on Indigenous missing persons and Indigenous homicide victims in Wyoming. The report also analyzed media coverage of homicide and missing persons cases for Native Americans in Wyoming, compared to coverage given to other races in the state.

Task force meetings and listening sessions began in the summer of 2019. It quickly became apparent to the Task Force that there had never been a concerted effort to form a data-driven approach to Missing and Murdered Indigenous persons in the state. The Task Force centered its focus on creating such a report in order to form policy recommendations based upon objective and local data.

“The report demonstrates what leadership and members of the Eastern Shoshone and Northern Arapaho Tribes have long known – that tribal members are disproportionately targeted as victims of violent crime,” said Senator Affie Ellis, Chairman of the Wyoming Legislature’s Select Committee on Tribal Relations.

The report finds that homicide rates are eight times higher for indigenous persons than for white people in Wyoming. Families and victims also report experiencing barriers once a crime is reported, making it difficult to navigate investigative and enforcement processes which cross jurisdictional boundaries. The report recommends that state, federal, and local policymakers consider improved protocol and data systems, the creation of advocate positions for indigenous victims and their families, and a community awareness campaign.

The report could not have been accomplished without the cooperation and support from the family members who came to the Task Force and so generously shared the stories of their lost loved ones.

“This report is just the very first step,” said Cara Chambers, Director of the Division of Victim Services, and Chair of the M&MIP Task Force. “We needed to have a baseline of data to work with since we had never tried to look at these issues in-depth before. We hope that the Statewide Report is something the Division and the Task Force can build off of for future reports to further inform policy and legislation in years to come.”

The Governor and the Co-Chairs of the Wyoming Legislative Select Committee on Tribal Relations will meet to discuss the Report’s policy considerations for the State.

“The Wyoming Legislative Select Committee on Tribal Relations was an early supporter of the Task Force and its work to publish this report,” noted Representative Lloyd Larsen, Chairman of the Wyoming Legislature’s Select Committee on Tribal Relations. “We want to continue partnering with the Governor, now that the report is completed, to discuss how the State will address the report’s findings and respond to the needs identified.”

A link to the Report and its Fact Sheet can be found here: https://wysac.uwyo.edu/wysac/reports/View/7713. 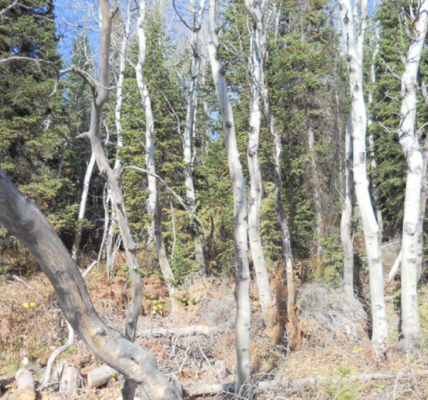