The following obituaries appeared in the August 31, 2022 edition of the Star Valley Independent.

Brenyun Larsen passed away on August 4, 2022 in Ordway, Colorado, He was born on November 8, 1976 to Kevan and Patricia Barnell Larsen of Thayne, in the Star Valley Hospital. He walked at 10 months, and was speaking clearly, at a very early age. He excelled in all of his scholastic endeavors. His three years of speech competitions while attending Star Valley High School were especially noteworthy. Brenyun won many trophies, medals, ribbons and awards from competing at District and State speech meets. His circle of friends was huge, because he just had such a magnetic personality, plus a kind and loving nature. His parents never had to worry where he was, but other parents knew that their kids – his friends, were over to his home!

He thoroughly enjoyed scouting and earning merit badges, which culminated in his attaining Eagle rank. He lived with his maternal grand-parents for a few years while attending junior and high school. There was so much mutually common love between them, and both parties felt so blessed to have that companionship. He also loved to travel, and made several trips with his Barnell grand-parents, including a cruise with Grandma Carmen and his mother.

He loved the outdoors, fishing, hunting, picnics, Star Trek, and doing anything with his grandpa Neil Barnell. In his later years he was a gamer.

Brenyun served faithfully for two years as a full-time missionary in the Chile Santiago South Mission, for The Church of Jesus Christ of Latter-day Saints, and was selected and instrumental in starting the new Chile Santiago East Mission. When his parents went down to pick him up in 1997, they witnessed first-hand, what a tremendous impact he had on units of the Church in those missions. The deep and abiding love those members had for “their favorite Elder” was so strong and heartwarming.

Because he gained an exceptional fluency for the Spanish language, he was able to secure employment at the Veteran’s Administration’s dental clinic in Salt Lake City, after graduating as both a Dental Assistant and as a Dental Hygienist. Doctors at the VA told his parents, “that guy is so proficient and professional, he should be a doctor.” He was very popular and well-liked around all the offices at the hospital.

Brenyun married his soulmate and absolute love of his life, Andrea Christine Dalton in 2010. They both exhibited such gentle, sweet spirits, with courtesy and consideration for each other, as an example to all. No children were born to this union. Andrea passed away in 2017 of multi-organ failure, and this was so very devastating to Brenyun, from which he never recovered, was in a dark place, and chose his own ways to cope with the loss.

He was an avid and enthusiastic Harley-Davidson and motorcycle rider and fan, with his big Shadow cycle. Along with his brother Kent, he enjoyed rides with friends and neighbors, but especially enjoyed his years attending the Sturgis Motorcycle Rallies, with concerts and fun activities.

Preceding him in death were his wife Andrea, his mother Patricia, grandparents Neil and Carmen Gantenbein Barnell, and Max and Vivian Larsen, plus many wonderful and loving pets, whom he considered his children. He is survived by his father Kevan C. (Jennise), brother, Kevan Tory (Maria Gloria), sister, Shilo Rose Alten (Nick), and brother, Kent.

Cremation has taken place, and Graveside Services will be held on Saturday, September 10, 2022, at 12 noon, at the Thayne, Wyoming community cemetery, where both remains of Andrea and Brenyun will be interred. A Zoom link is planned for those family and friends out of the Valley, or disabled, so please provide contact information of email or phone, and the Zoom link will be provided later. A luncheon and a Memorial Remembrance will be held in the cultural hall, at the Thayne Wyoming Latter-day Saint Stake Center, on Dana Street, at 1 pm. Those planning to attend the luncheon are asked to Please provide their names, no later than Tuesday, September 6, to Kevan Larsen, at 307-880-2262, or email faprefix5@yahoo.com, so that numbers can be properly planned for in advance.

Doris Walton Johnson completed her mission on this earth and returned home to her Heavenly Father August 23rd, 2022. Doris was the daughter of the late Raymond and Edith Walton. A strong, independent mother who had a strong love for the gospel of Jesus Christ, Doris loved her family with everything she had, and was always willing to fight for them and stand up for what was right.

Doris was born in Smoot, Wyoming and after moving around the word with her husband for his career in the Navy, returned home to live in Star Valley in 1969. She spent over 25 years in her career with the forest service. She spent her retirement yrs being a wonderful mother and grandmother to her many grandchildren as well as walking in marathons and winning many gold medals.

Doris was preceded in death by her parents, her ex- husband George Johnson, her two sisters Cecil Diaz, Hazel Schilowsky and her two brothers Howard Walton and Ralph Walton.
She was greatly loved and will be missed by all who knew her.

Jed C Nield 66, passed away August 26, 2022 peacefully in his home surrounded by family after an accumulation of life long challenges.

He was born on December 5, 1955 to Horace LaRoyce and Billie Renee Nield. Jed spent his early childhood helping on the family dairy farm where he developed a love for family, animals and hard work. He attended Star Valley High School where he actively participated in wrestling, football, drama and FFA. He married his high school sweetheart Marie Rickenbach the day after high school graduation.

They made their first home in Idaho Falls, Idaho where Jed worked for Reed’s Dairy. Over the years they moved multiple times but one place that left a lasting impression was Pegram, Idaho working for the N Bar S Ranch. They created many amazing memories and created lifelong friendships before returning to Star Valley.

In January 2007 Jed was involved in a mining accident that altered the remaining years of his life and those around him. He was determined to not let the loss of his arm and leg interfere with the way he lived life, both in work and play. After the accident he still enjoyed roping, ranching, farming, taking care of his animals, and supporting his children and grandchildren in all their activities. Jed was an active member of The Church of Jesus Christ of Latter-day Saints where he held various church callings. Throughout the trials and growth in his life, he had a desire to share his testimony of his love for the gospel and would often remind those dearest to him to remain close to the Lord.

Jed is survived by his sweetheart of 48 years who selflessly stood by his side throughout their trials. He is survived by their children; Brandon (Heather) of Battle Mountain, Nevada, Beau (Abby) of Montpelier, Idaho, JR (Lyndi) of Fairview, Wyoming and Ashley Larson (Todd) of Afton, Wyoming. Jed leaves behind a legacy of 20 grandchildren and five great grandchildren. He is preceded in death by his father LaRoyce and brother Cleve.

Funeral arrangements are under the direction of Schwab Mortuary. A viewing will be held at Schwab Mortuary on Tuesday, August 30, from 6:00-8:00 pm located at 44 East 4th Avenue in Afton. Funeral services will be held on Wednesday, August 31, at 11:00 am at the Fairview Ward church building located at 104 Papworth Lane County Road 145, with a viewing from 9:30-10:45 am prior to the service. 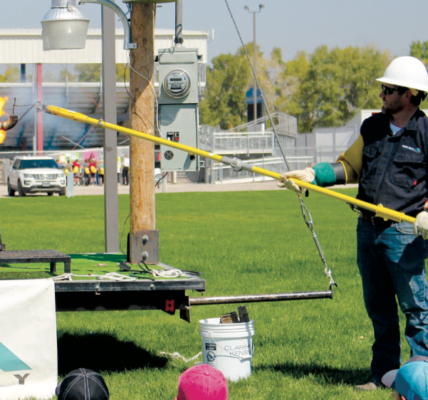 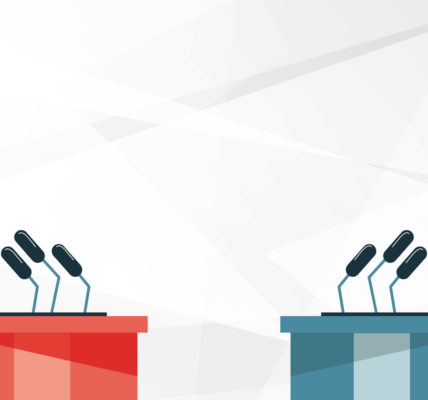 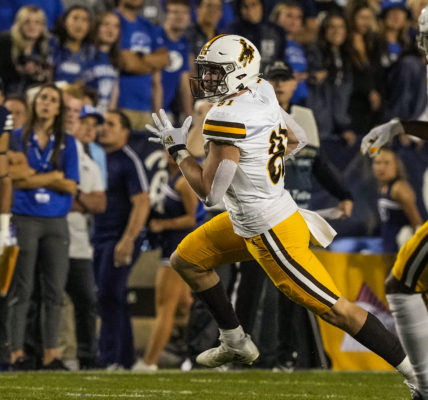