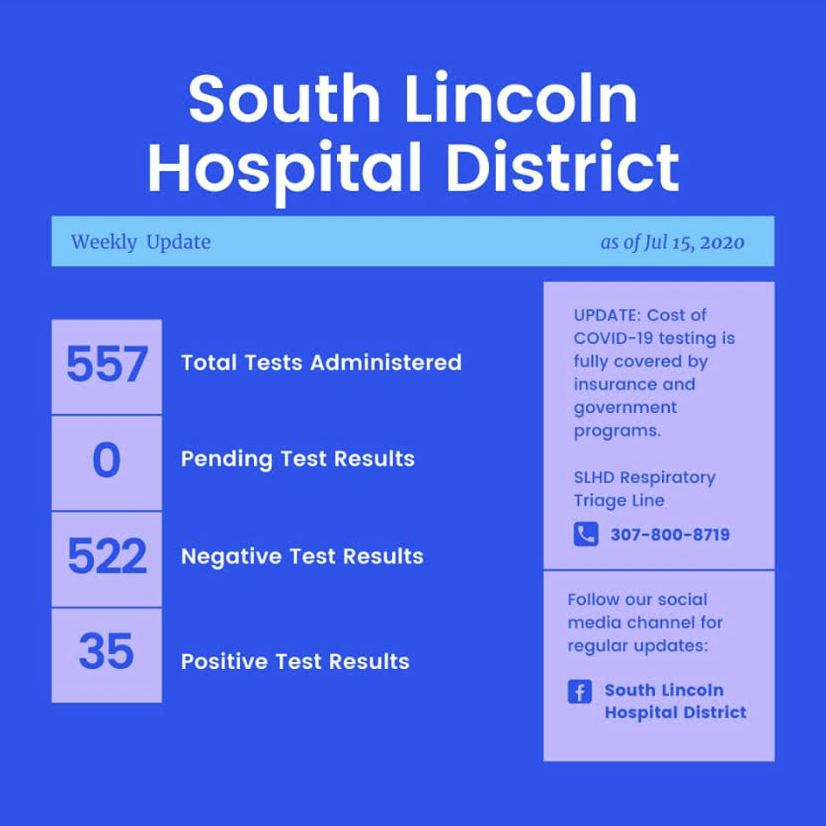 According to information from the South Lincoln Hospital District (SLHD), their lab has “processed one new positive test for the Kemmerer area for a total of two.”

SLHD also released a graphic (shown above) identifying a total of 557 tests administered during the COVID-19 pandemic. All other positive tests are being attributed to residents living outside of Lincoln County.

The number of Wyoming patients reported to have recovered from the coronavirus outpaced the number of new cases seen in the state Tuesday, pushing the total number of active cases down slightly.

However, the number of recoveries in both categories increased by 50, pushing the total number of active cases in the state down by three to 469.

As of Tuesday, the total number of cases seen since the pandemic began stood at 349 in Fremont County; 236 in Laramie County; 168 in Laramie County; 145 in Natrona and Sweetwater counties; 132 in Teton County; 76 in Park County; 71 in Campbell County; 45 in Albany County; 38 in Washakie County; 36 in Lincoln County; 26 in Big Horn; 25 in Sheridan; 18 in Johnson; 17 in Converse; 16 in Carbon; nine in Hot Springs; eight in Crook and Goshen; six in Sublette; three in Platte and Weston, and one in Niobrara.

The number of active cases on Tuesday stood at 469, with Laramie County having the highest number, 91.

Fremont County had 73 active cases; Natrona County had 57; Sweetwater County had 41; Park County had 40; Uinta County had 29; Teton had 27; Campbell had 26; Albany had 20; Big Horn had 18; Lincoln had 13; Sheridan had 12; Carbon had eight; Washakie had three; Converse, Goshen, Johnson, Sublette and Weston had two, and Crook had one.

Hot Springs, Niobrara and Platte counties had no active cases.

The number of recoveries reported in the state grew by 50 on Tuesday to total 1,462, including 1,176 among patients with laboratory-confirmed coronavirus cases and 286 among those with probable cases.

A probable case is defined as one where the patient has symptoms of coronavirus and has been in contact with someone with confirmed case but has not been tested for the illness.

The Health Department said as of Tuesday, 370 probable cases of coronavirus had been seen since mid-March.

There have been 22 deaths among Wyoming residents attributed to the coronavirus. However, two of those patients were living in Colorado at the time they were diagnosed with the illness and they were not counted as confirmed cases in Wyoming. 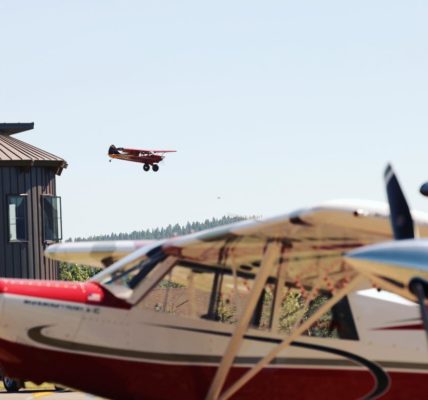 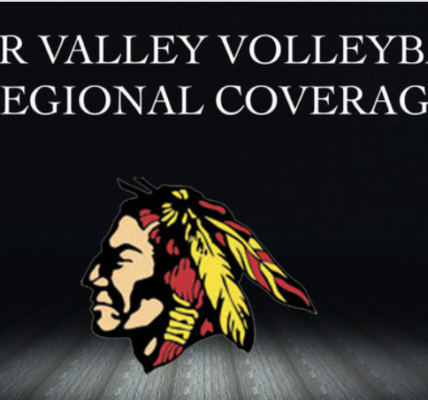