City Administrator Brian Muir met with Wyoming Governor Mark Gordon and county commissioners to discuss action plans to advocate the operation of the coal mine in Kemmerer.

Muir said the city of Kemmerer and other officials are hoping to change Rocky Mountain Power’s mind about shutting down the power plant.

He encourages public interaction on this movement as well.

“We’d like people to make public comments. [There’s a webpage where] people can study the issue as to why the plant may be shutting down,” Muir said. “We’re hoping to change their mind and some public input would be helpful there.”

Follow this link to research the situation and make comments on keeping the power plant open: http://www.pacificorp.com/es/irp/irpcomments.html.

“It’s not just about Kemmerer and Diamondville, [shutting down the plant] actually affects the whole state, and the revenues we get,” Muir said.

Muir and few others recently attended a conference held in Denver, Colorado, for western states who depend on coal for their economy.

He said they talked about strategies in order to face the changes that are happening in the coal industry.

“We came up with good plans and ideas: one being to diversify our economy,” Muir said. “We want to keep these power plants and coal mines open for as long as possible.”

The county made a goal to create and distribute a survey to rank some ideas in order of importance and to get people’s opinions on what they think the county should do in this situation, Muir said.

“We’re heavily into our budget to make sure we can keep our operations running and continue our service levels,” he said. “We’re also thinking about the short and long term effects in our strategic planning.”

Muir said he encourages the public to get involved in helping the community, the state of Wyoming, in keeping the coal mine open. Get involved and start with getting educated about the situation and make public comments on the link stated earlier in the article. 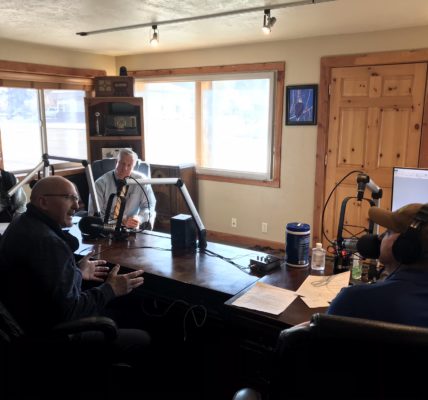 Groundbreaking event for Alpine Healthcare Facility set for May 21