CHEYENNE – Wyoming ranks 43rd in the nation for the number of children with health insurance coverage, according to a report recently released by Georgetown University Center for Children and Families.

The report says 7.1% of children in Wyoming have no health insurance at all, which is higher than the nationwide average of 5.2%. Wyoming tops the report’s list of states for children who are eligible for Medicaid or Children’s Health Insurance Program (CHIP) but are not enrolled. According to the report, only 78.1% of eligible Wyoming children are enrolled, meaning 21.9% more could be covered.

“We certainly have the programs, and we encourage people who might be eligible to apply to do so,” said Wyoming Department of Health public information officer Kim Deti. “We try to make it as easy as possible. People can go in person, online or over the phone.”

Getting help finding insurance for children – including Medicaid and CHIP – is as easy as visiting with an Affordable Care Act (ACA) navigator, who helps people understand health insurance options and assists them in finding financial assistance for paying out-of-pocket costs.

Monica Woodard, who is a navigator at Cheyenne Regional Medical Center, said increasing the awareness of CHIP may help more kids get covered. She said that sometimes parents aren’t eligible for Medicaid and need to seek coverage through the health insurance marketplace, but their children are still able to enroll in CHIP or Medicaid based on the family’s income level.

“There is something out there where you can make a pretty decent income with a household size of four and still have your kids covered,” Woodard said.

She noted that having insurance coverage means children are more likely to see a primary care provider, rather than an emergency room doctor when they are sick. While they receive excellent care in the ER, those doctors aren’t available to provide continuity of care like a primary care doctor can, Woodard said.

“A primary care provider can serve you from birth to death, and look at your health holistically and comprehensively and make sure that they address things over time,” Woodard said.

As a whole, the nation is seeing an increase in the number of uninsured children for the first time since 2008, when comparable data started being collected. Between 2008 and 2016, there was a steady decrease in the number of uninsured children, but that number actually increased by 400,000 between 2016 and 2018. The report further states that more than 4 million children were uninsured in 2018.

Of those children who lost coverage nationally, the report said that loss was sharpest for children under the age of 6, children in low- to moderate-income families and white and Latino children.

The report divides Wyoming children who don’t have health insurance coverage by race. According to the report, of the Wyoming children who aren’t covered, 19.6% are American Indian/Alaskan Native; 9.4% identify as “other;” 6.6% are white alone (not Hispanic); 6.4% are white; 6.1% are Hispanic; 1.9% are black/African American; and 1.7% are Asian/Native Hawaiian/Pacific Islander.

Those under 18 who had health insurance nationally in 2018 were most likely to be covered by a parent’s employer-sponsored insurance, with 47.6% of children in the U.S. on this type of insurance. Children on Medicaid/CHIP made up 34.3% of covered individuals. The remainder of those surveyed indicated they had other insurance (7.7%), direct purchase (5.2%) or no insurance (5.2%). 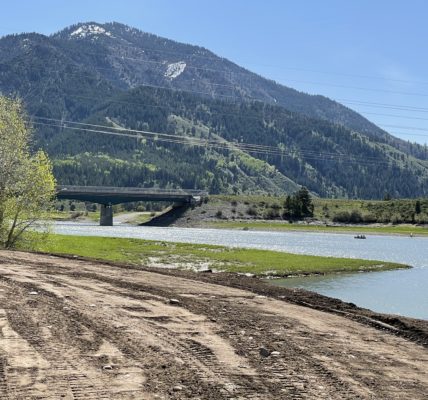