JACKSON (WNE) — Animal rights attorneys upset that a wolf was poached in Grand Teton National Park are arguing that a Kelly hunting outfitter’s permit to guide clients should be revoked.

Humane Society of the United States Managing Attorney Leana Stormont formally requested in a May 9 letter to the Wyoming State Board of Outfitters and Professional Guides that Gros Ventre Wilderness Outfitters owner Brian Taylor lose his license.

“First, by illegally killing a wolf in a protected national park, Taylor demonstrated a glaring inability to accurately determine his location and consequently the ownership of the land area in which he and his wife were hunting,” Stormont wrote in the letter. “Further, it is worth noting that when park rangers were interviewing Taylor, he admitted he was not even aware that it was unlawful to retrieve the illegally killed wolf by dragging the animal’s body through the national park.

“Such woeful ignorance of the law,” she wrote, “makes it impossible for Taylor, as a licensed outfitter, to uphold the law for himself and for the nonresident hunters who hire him as an outfitter.”

Taylor, who could not be reached for this story, is also a board member on the Wyoming Outfitters and Guides Association, an advocacy group. As of early April he had retained his position on the association’s board, President Sy Gilliland said, though his standing could hinge on the Board of Outfitters and Professional Guides’ determination. That’s the subdivision of Wyoming state government that permits hunting outfitters to operate.

The Board of Outfitters and Professional Guides’ administrator, Amanda McKee, said she received the Humane Society’s letter, and in return sent a letter saying that Taylor’s file was open and the infraction would be reviewed by a committee.

GILLETTE (WNE) — The man accused of giving a fatal dose of heroin to a friend and then moving her body to cover up the death will change his plea in the case.

Jacob “Walley” Wallentine, 27, had been scheduled for a pre-trial hearing Monday with District Judge Michael N. “Nick” Deegan, but attorneys filed an intent to change his plea instead. A new hearing date hasn’t been scheduled yet.

The pre-trial hearing would have been for three cases: charges of manslaughter, delivery of a controlled substance and disposing of a dead body to conceal a felony in the October death of Tamlyn Delgado, along with two separate cases of felony possession of meth.

There was no indication in the court file what plea he intends to make on the charges.

Wallentine’s attorney had indicated at his arraignment in February on the charges connected to Delgado’s death that a plea deal was possible.

Delgado, 27, was found dead Oct. 3 in the driver’s seat of her car with a tourniquet around her right arm and a syringe in her lap, according to court documents.

An autopsy showed she died of a recreational drug overdose, but the state Division of Criminal Investigation learned from confidential sources that Wallentine had allegedly staged the death scene to avoid criminal charges.

Around 11:40 p.m., Cody Scott lost control of his vehicle after cresting a hill on Ferris Crossing Road, according to a crash summary from the Wyoming Department of Transportation. The Kia went into a skid and off the road, rolling multiple times.

Scott and a passenger were completely ejected from the vehicle, the summary said, adding that none of the people in the Kia were wearing seat belts.

All five occupants were taken to Memorial Hospital of Carbon County for treatment, where Scott died from his injuries.

The state crash summary says speed is being investigated as a possible contributing factor to the crash.

Childers is now facing two counts of attempted first-degree murder, one count of felony theft related to a stolen car and four counts of felony property destruction in relation to damage done to Cheyenne Police Department and the Veterans Affairs Medical Center property. He’s also facing misdemeanor charges related to eluding and reckless endangering for driving at excessive speed in Cheyenne while discharging a firearm.

Childers was arrested May 3 after leading the Cheyenne Police Department officers and Wyoming Highway Patrol troopers on a high-speed chase that went through downtown Cheyenne.

He was allegedly driving a stolen 2016 Toyota Camry that reached a maximum speed of 115 mph while trying to avoid being pulled over on the interstate.

Childers drove through downtown Cheyenne at speeds close to 65 mph, according to police reports.

Childers reportedly fired at a trooper several times and shot at a police officer, who returned fire, striking Childers twice. No officers were injured, but the defendant was hospitalized for his injuries.

According to court records, about 4.6 grams of methamphetamine was found on Childers, who also had an outstanding felony arrest warrant from Sterling, Colorado. His passenger, Chasity Jacobs, had a warrant for her arrest from Natrona County.

AFTON (WNE) — Lincoln County has moved forward with a tax payment agreement with Westmoreland Mining for the company’s Kemmerer based operations. The national company declared bankruptcy in 2018.

Speaking by cell phone Monday, Lincoln County Commissioner Kent Connelly said the LLC company operating the mine wanted to work with Lincoln County for past due taxes, despite a court ruling allowing the company to wait until bankruptcy proceedings were complete.

“Westmoreland reached out to us,” Commissioner Connelly emphasized. “There was a $5 million payment due today, (Monday, May 13, 2019). Westmoreland wants to make it right, as much as possible, without impacting cash flow for the company and this is the agreement we have come to.”

Under the agreement and according to a legal notice issued from the county, Westmoreland paid $400,000 on Friday, May 10. At the same time on Friday, a contract was established for an additional $2,253,836.84 to be paid to Lincoln County on Monday, May 13. Commissioner Connelly confirmed the payment had been made in the phone conversation with SVI Media late Monday.

The public notice from the county reported, “The additional amount owed will be paid in four monthly installments, in the amount of $563,459.21 each.”

Both Lincoln County Attorney Spencer Allred and Commissioner Connelly commended Westmoreland for working with the county on the tax payments.

“The bankruptcy could prevent Westmoreland from paying anything, but as a show of good faith, [they] want to enter into an agreement with the county,” Allred said. 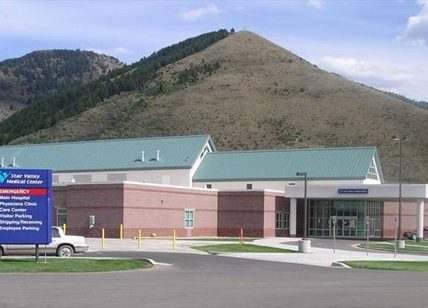