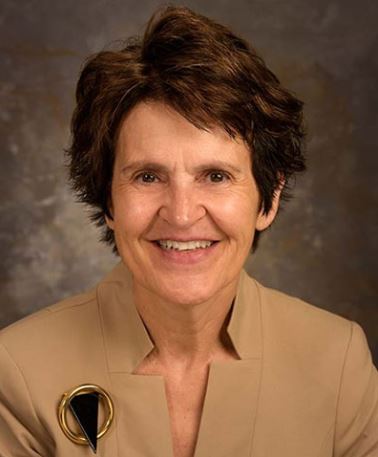 LARAMIE — Outgoing University of Wyoming President Laurie Nichols has been hired to take the top job at Black Hills State University on July 1, the day after her UW contract expires.

“I am delighted to be returning to South Dakota to join the leadership team, faculty, staff, and students at Black Hills State University for the next year,” Nichols said Monday in a press release from Black Hills State. “I also look forward to returning to the Black Hills, the same region where I started my career as a high school teacher in Hill City some four decades ago. I anticipate a positive and productive year as BHSU searches for its next permanent president.”

The press release states that once Nichols begins work July 1, she will serve as Black Hills State’s president in “a temporary capacity until a national search for the university’s next president is concluded and the next president is appointed.”

The university is located in Spearfish, South Dakota, just 12 miles from the Wyoming border.

Nichols is a native of Colman, South Dakota, and had a two-decade run as an administrator at South Dakota State University before becoming UW’s first female president in 2016.

“Her higher education experience and previous service in South Dakota’s public university system leaves little doubt that she will be an excellent guide for the university until a permanent leader is appointed,” South Dakota Board of Regents executive director Paul Beran said in Monday’s press release. “We welcome her back home to South Dakota.”

In a half hour interview with WyomingPBS that aired May 24, Nichols offered no indication that she was expecting to imminently take another presidential post, though she did express interest in taking another position in university administration at some point.

In that interview, Nichols said she does wish that UW’s board of trustees had given her a different exit.

“I wish they would have handled it differently,” she said. “I wish there would have been more discussion about my performance, and just for me, if there were areas I fell down if in fact that was the case. And I also wish I would have found out earlier, because it came very late and very unexpectedly. In my opinion, that could have been handled differently.”

Nichols also told “Wyoming Chronicle” host and producer Craig Blumenshine that she’s not sure if she and the trustees shared the same vision for UW.

“In fact, that may have been part of the reason that my contract was not renewed was the fact that perhaps they felt that other things should be emphasized,” she said. “I just don’t know. I have not been told about that.”