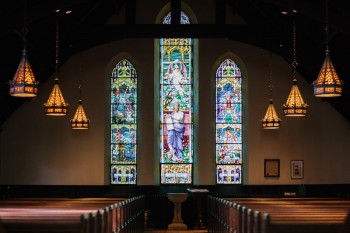 The lost art of dialogue: How name-calling and labeling is hurting the religious liberty debate

Matthew Lee Anderson tries not to lose sleep over being hated.

He began to see the value of this approach three years ago at a St. Louis college, after he’d discussed his opposition to same-sex marriage.

As the event wrapped up, a graduate student approached him, demanding to know how he could be so cruel. Anderson, a popular evangelical Christian writer and thinker, walked the woman through his religious and legal arguments again.

It’s strange that “likable bigot” could ever feel like a compliment, but we’re living in strange political times, according to activists, analysts and researchers following contemporary religious freedom debates. Gays and lesbians are labelled deviants when they seek inclusive policies. Christian conservative legal organizations appear on the Southern Poverty Law Center’s list of hate groups alongside the KKK. In Supreme Court cases, religious freedom law is called a license to discriminate.

“There’s demagoguery on both sides,” said Jonathan Rauch, a senior fellow in governance studies for the Brookings Institution.

Name-calling has always been an effective strategy in a fight, as any kid on an elementary school playground could tell you, said Bruce Thornton, a professor of classics and the humanities at California State University, Fresno. But in political debates, harsh labels have additional power, and few politicians and advocacy organizations today seem able to resist.

“Terms like ‘racist’ and ‘sexist’ create an emotional reaction and, with that, you camouflage the weakness of your own argument,” Thornton said. “You tar someone as completely out of the bounds of normality,” making it seem like they shouldn’t have the chance to speak.

“We’ve started saying, ‘You’re stupid! You’re weak! You’re a homophobe!’ instead of ‘I don’t like your policies,'” said David Blankenhorn, founder of the Institute for American Values, a think tank focused on social relationships.

Personal attacks in politics aren’t a 21st-century invention. They’ve been part of the American democratic experiment from the beginning, making Thornton’s research entertaining, at times.

“One of my favorite insults was Sam Houston’s characterization of an obscure senator named Thomas Jefferson Green. He said, ‘He has all the qualities of a dog, except loyalty,’” Thornton said.

Free speech protections include the right to call someone else names. There is little legal recourse for someone wrongly accused of bigotry or hatred, unless they can prove their opponent was trying to cause them physical harm, he noted.

“The Supreme Court has made it pretty clear that it doesn’t matter if speech is rude, unfair or nasty, unless it’s trying to incite violence,” Thornton said.

The political process has always tolerated a certain amount of name-calling, especially during election season or when a high-profile piece of legislation is up for a vote.

“It’s a democracy. We can act however we want as long as we win votes to get our policy through,” Anderson said.

However, in recent years, harsh accusations have been more than a sideshow in religious freedom debates, experts said. During the push for legalization of same-sex marriage and ongoing efforts to protect people of faith who oppose it, name-calling has threatened to make compromise a thing of the past.

“It doesn’t make it impossible to come to accommodations, but it reduces trust,” Rauch said.

Many members of the LGBT community are slow to forgive the personal insults leveled at them as they pushed for legal protections and marriage rights, said John Corvino, co-author of a recent point-counterpoint book called, “Debating Religious Liberty and Discrimination.”

“We were deviants and perverts who didn’t belong in the debate,” he said.

As a result, after winning on marriage and nondiscrimination laws, some LGBT rights activists have responded by fighting against exemptions to the laws for religous objectors, Rauch said.

This hostility breeds more hostility, leading to claims from the right of a “war on Christians,” Rauch added.

Today, for the most part, dialogue is a forgotten art, Anderson said. Supporters of conservative religious groups and LGBT rights activists trade insults, working to rally the people already on their side rather than make new allies.

“It’s a zero-sum game because neither side will trust each other,” he said.

The rise of soundbite-centric debate and social media sparring has sped up this erosion of trust, as people start to care more about landing a linguistic punch than understanding their opponents’ positions, Corvino said.

“In an online culture, you are distanced from the people with whom you are engaging,” he said. “It brings out the worst in people sometimes.”

Advocacy organizations aren’t immune to this shift, deploying hashtags to criticize opponents’ legal arguments or sending out press releases with “hate” in the headline. There’s a public relations battle that must be waged alongside the action in the courtroom, said Richard Mast, an attorney for Liberty Counsel, an international law firm focused on religious freedom and family values.

“It’s been said that he who frames the argument wins the debate,” he said.

Mast understands this strategy well as he helps his law firm navigate the consequences of appearing on the Southern Poverty Law Center’s list of hate groups. Christian conservative law firms fear being on the list will scare away clients and donations.

A firm’s broad body of work shouldn’t get summarized as hate, said Kerri Kupec, legal counsel and communications director for Alliance Defending Freedom, another legal advocacy group called out by the center.

“We have won five cases at the Supreme Court in the last three years, none of which had anything to do with LGBT issues,” she said.

Although Liberty Counsel and Alliance Defending Freedom have been classified as “anti-LGBT” by the Southern Poverty Law Center for years, controversy surrounding the designation reignited earlier this year when Guidestar, a service that compiles information for potential donors, replicated the center’s hate group listing. Liberty Counsel sued Guidestar, which removed the center’s information in June.

“Faith traditions within the three major Abrahamic religions hold that same-sex marriage is harmful and wrong. To reduce (that belief) to hatred and bigotry is just wrong,” Mast said.

The Southern Poverty Law Center has not backed down from its controversial “hate group” label for some conservative Christian organizations that oppose the legalization of same-sex marriage.

“In the case of anti-LGBT hate groups we list, these groups engage in making false claims with the intention to denigrate LGBT people in the same way that white supremacist groups lie about black people or immigrants to make them appear a danger to the public,” said Heidi Beirich, director of the center’s Intelligence Project, in a statement to the Deseret News.

“A major misconception is that the SPLC considers opposition to marriage equality or the belief that homosexuality is a sin as the sole basis for the hate group label. That is false,” she added.

Labeling in this context, like political name-calling elsewhere, is motivated by a variety of factors, including the desire to set the tone of public debates, Corvino said.

“Advocacy organizations are trying to win political victories and that often involves not giving any ground to the other side. If you start acknowledging nuance, that makes it harder for you to ultimately win,” he said.

“The reason these are difficult issues is that there are important values on each side,” he said.

Emotion-heavy political arguments are effective but flawed, creating more problems in the long-term than they solve, as the recent gridlock affecting religious freedom debates illustrates, Blankenhorn said. Labeling has taken on a life of its own in recent years, eroding social trust.

“It’s one thing to say, ‘I disagree with you.’ It’s another to say, ‘You’re a bad person.’ That’s the change we’ve really seen,” he said.

However, emotions are still an essential part of resolving current tensions, Blankenhorn said. They must be used to pull people together, rather than push them apart.

“The single most important thing we can do is try to increase the number of face-to-face relationships and friendships with people from the other side of the political spectrum,” he said.

Separated from news cameras and social media feeds, activists take a step back and look for common ground with so-called enemies, Anderson said. Over the years, he’s participated in several group discussions on same-sex marriage and religious liberty rights, working to understand the people he once maligned, going as far as calling their policy goals “tyrannical.”

“When you rally your base, you inflate your rhetoric and language. If you’re actually talking with people who disagree, you can’t do that,” he said.

Anderson, who is now a doctorate candidate at Oxford University, met Corvino at one such gathering. They enthusiastically argued, and then became friends.

“John is wrong about so much. I’ve told him that and he tells me the same. It’s really fun arguing with him,” Anderson said.

They soon plan to reboot the public dialogues they used to host, in an effort to make compromise possible again between religious freedom advocates and LGBT activists. Through these gatherings, humorously titled “A gay man and an evangelical walk into a bar,” Corvino and Anderson seek to model how to get past labels and have tough conversations.

“Yes, there is a lot of anger and frustration out there, but we’re not going to make progress if all we do is keep shouting at each other,” Corvino said. “We have to sit down and listen.” 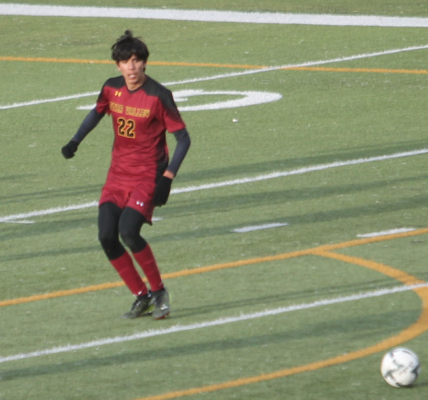 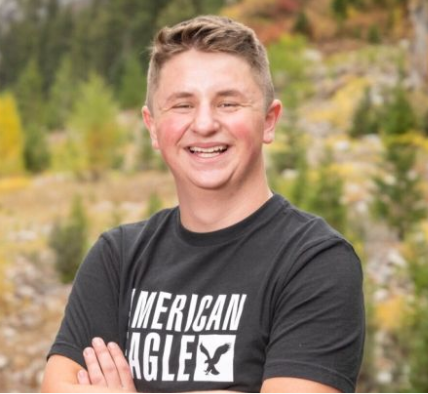 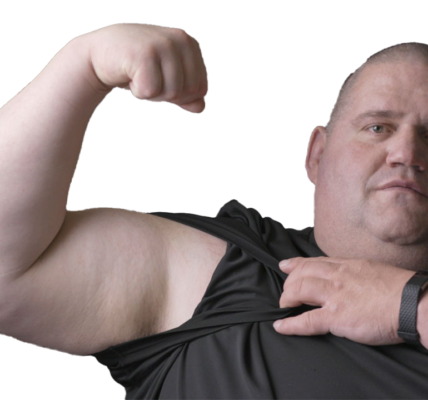