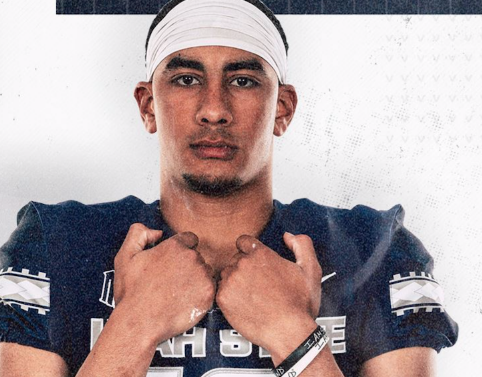 After such a successful year last season Utah State’s Jordan Love has been added to a lot of preseason watch lists.

Now he’s been listed as a preseason candidate for the Walter Camp Player of the Year award. This announcement came Friday from the Walter Camp Football Foundation and the National College Football Awards Association (NCFAA).

He is one of 40 FBS players up for the award and one of 16 quarterbacks. However, he is the only candidate listed from the Mountain West Conference.

The team also announced its Fall Camp dates under the direction of head coach Gary Andersen who is returning this season for his second stint with the school.

It will begin August 1st with all practices taking place at the USU practice field or on Merlin Olsen Field at Maverik Stadium.

Utah State returns nine starters to its team. Two from the offensive side and seven on the defensive side.

The team opens its season August 30th at Wake Forest. Its first home game will be September 7th against Stony Brook.