CASPER — University of Wyoming faculty leaders are proposing a resolution that criticizes the school’s board for its silence on the decision not to renew President Laurie Nichols’ contract and calls on the trustees to provide an explanation.

“Be it resolved that faculty senate requests the Board explain to President Nichols in confidence the basis for its decision about her contract renewal,” the resolution, put forward earlier this week, states, “as well as provide a general explanation to the public, including employees of this university.”

The resolution, which will be debated and voted on at the Faculty Senate’s May 6 meeting, comes a month after the university announced that Nichols would become a faculty member when her presidential contract expires June 30. The board, via its president, Dave True, has repeatedly declined to provide any details about why the decision was made. In her two public statements since the surprise announcement, Nichols has said she was caught off guard by the decision and has received no explanation from trustees.

The resolution calls the decision by the board to not give Nichols an explanation “inappropriate” and said that the silence would harm the school’s “ability … to hire top-tier administrators” while “adding to the public impression that the Board is secretive and arbitrary.”

The Faculty Senate’s proposal comes a week after the student government voted unanimously to support a resolution supporting Nichols, though it voted down an effort to have board members be elected rather than appointed by the governor.

“We wanted to say that when we do staff evaluations, if somebody’s screwing up, we tell them, ‘You’re screwing up, if you keep doing this, we might let you go,’” Faculty Senate chair Donal O’Toole said Wednesday. “(The trustees) didn’t do that here, and that seems not fair. It seems like it’s discourteous, and it seems to be beyond belief that Laurie can’t even guess what it is she did.”

O’Toole added that if the trustees think they’re doing Nichols a favor by keeping the details quiet, “really they’re not.”

“They’re basically saying she committed a sin so profound we can’t even speak of it in public,” he said. “I assume it will hurt her professionally. I assume she would like to move on. But when people read that the trustees would not release the reasoning, they’ll wonder what did she do?”

With this resolution, he continued, the Faculty Senate also wanted to signal to the board: “No funny stuff about hiring a new president.”

“We got that with (Robert) Sternberg,” O’Toole said.

O’Toole added that Dave Bostrom, a trustee at the time, came to faculty and told them to trust the board. Sternberg would resign after just a few months after a groundswell of opposition.

“Well, it blew up so bad, much worse than I would’ve even imagined. I think they still remember that because they owned all of that,” O’Toole said.

O’Toole and Ken Chestek, a law school professor who will take over as Faculty Senate chair next month, both said they expect the resolution to pass, likely unanimously. O’Toole said that the Faculty Senate putting forward a separate resolution thanking Nichols is forthcoming.

“We need an open and transparent search process involving faculty,” Chestek said. “The reason we got the mess we had with Sternberg is because it was a closed process. I think trustees have learned that doesn’t work.”

He echoed O’Toole’s call for transparency in the Nichols’ decision, as well. 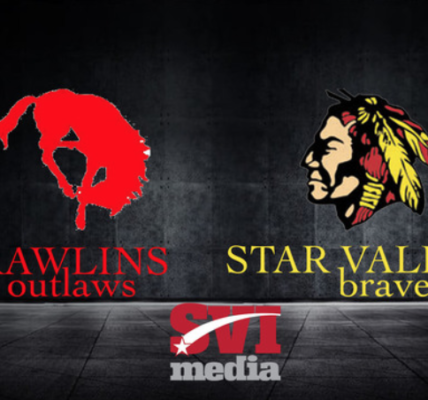