One killed in five-car crash

LARAMIE (WNE) — The Wyoming Highway Patrol reported one person dead and expected U.S. Highway 230 to be closed for an several hours Monday afternoon after a five-vehicle crash occurred within a few hundred feet of where Lewis Road intersects the highway, close to the entrance of Harmony Elementary School.

One of the five vehicles included a semi-trailer carrying hay, and Beck said the truck was “on fire still” with crews “still in the process of actively trying to put that out” as of 3 p.m. Monday.

Smoke could be seen billowing from as far away as the northern point of the Plains Lakes for multiple hours after the crash.

The highway was expected to be closed for “at least 3-4 hours depending on how long it takes for them to get this hay fire out,” Beck said.

The cause of the crash as well as further details as to who was involved was still under investigation Monday afternoon.

“It’s going to probably be a pretty lengthy investigation,” Beck told the Boomerang.

CODY (WNE) — A 48-year-old U.S. citizen currently living in India suffered severe burns to a significant portion of his body after falling into thermal water Sunday near the cone of Old Faithful Geyser.

Rangers and paramedics responded to the Old Faithful Inn at midnight where Cade Edmond Siemers was staying. He told rangers he had gone for a walk off boardwalk without a flashlight and tripped into a hot spring. He got himself back to his hotel room and called for assistance. Rangers detected evidence of alcohol use.

Siemers was taken by ambulance to West Yellowstone Airport and then flown by fixed-wing plane to Idaho Falls. Bad weather conditions prohibited the use of a life flight helicopter at Old Faithful. He was admitted to the Burn Center at Eastern Idaho Regional Medical Center.

Since rangers were not at the scene of the incident Sunday night, they went out at first light Monday morning to investigate in the thermal area. They discovered several items near the geyser (the man’s shoe, hat and a beer can), footprints going to and from the geyser and blood on the boardwalk.

CHEYENNE (WNE) — The man accused in the fatal Sept. 16 shooting in east Cheyenne had his arraignment and detention hearings Monday afternoon in federal court.

Andrew Weaver, 25, was heard in U.S. District Court on a charge of being a felon in possession of a firearm. This charge stems from Weaver’s possession of a Smith and Wesson gun he allegedly used to kill two people and injure two 14-year-old boys.

Weaver pleaded not guilty to the singular federal charge. His speedy trial requirements expire Dec. 5, and his federal trial is scheduled for 9 a.m. Dec. 2 in Casper.

Prosecuting attorney Stuart Healy said his office and the Laramie County District Attorney’s Office are working hand in hand to find the best jurisdiction to prosecute the case.

On Sept. 16, Weaver allegedly went to 3436 E. 11th St. and shot four people, killing two. Shaline Wymer, 30, was found dead at the residence with a gunshot wound to her head, and Adrien Butler, 37, was also shot in the head and declared dead at Cheyenne Regional Medical Center.

One escaped inmate captured in Texas

GILLETTE (WNE) — One of the inmates who escaped from a minimum security prison in Newscastle last week has been caught in Mesquite, Texas.

Jason Green, 48, has been arrested, but inmate Robert Simpson remains at large and still could be in the Mesquite and greater Dallas/Fort Worth area, according to the Wyoming Department of Corrections.

Mesquite police responded to a suspicious person call early Sunday morning and saw two people running from the location on foot. Green was captured but the other individual (believed to be Simpson) got away, according to the Mesquite Police Department.

Simpson and Green escaped from the Wyoming Honor Conservation Camp in Newcastle on Sept. 22. It is believed they stole a city truck in Newcastle and drove to Laramie, that night. They abandoned the truck at a roofing company in Laramie, which wasn’t found for several days. They may have stolen a black Subaru near that location.

Green was serving a sentence for larceny and was sentenced in 2015 to three to eight years.

Simpson, 30, is 5-10 and about 165 pounds with blond hair and blue eyes. He has a scar on the bridge of his nose, on his right forearm and on the left hand. He has a tattoo of a domino and hellcat on his right arm with other tattoos on his chest, abdomen and back. He was last seen with a beard and sometimes has black eyeglasses.

Simpson was serving a five- to 15-year sentence for aggravated burglary with a weapon.

JACKSON (WNE) — The recently departed superintendent of Grand Teton National Park is now calling the shots as the “acting” director of the National Park Service, overseeing more than 27,000 employees and 419 parks, monuments and other “units.”

David Vela had been President Trump and former Interior Secretary Ryan Zinke’s pick to direct the Park Service beginning in the summer of 2018. But his nomination was not brought before the entire U.S. Senate for a vote. Subsequently, he was never renominated under the 116th U.S. Congress. In April, Vela departed Teton Park after a five-year stint to take a job as the Park Service’s acting deputy director of operations.

Vela’s new directorship has been the subject of rumor for weeks, and the story about the leadership change was broken by E&E News reporter Rob Hotakainen last week. U.S. Interior Secretary David Bernhardt confirmed the news Monday afternoon, issuing an order that declared Vela would be “exercising the authority” of the presidentially appointed and Senate-confirmed position.

In the nearly 1,000 days of the Trump administration, the Park Service has lacked a Senate-confirmed director, which suggests Vela could be at the helm for a while.

“It’s terrible that they’ve been surviving on ‘acting,’” said Kristen Brengel, the National Parks Conservation Association’s senior vice president of government affairs. “It’s not a way to provide any leadership within the agency.”

Otherwise, she said, Vela is a “wonderful” pick.

“He has a great track record, and he cares deeply about broadening the constituency of people who go to parks,” Brengel said.

A celebration of autumn featuring five tons of pumpkins and a street full of scarecrows will top this weekend’s events in Wyoming.

Sundance will host its annual “Pumpkin Patch Festival” on Saturday.

The event will feature pumpkins for sale, a farmers market, a scarecrow contest, carnival games and wagon rides.

Pumpkin bowling and face painting are also on tap for the day.

An art show on “Cowboy Ethics — A Life Well Lived” through the weekend at the Brinton Museum in Big Horn;

Spur Outfitters “sporting clays” shooting in Encampment on Sunday, and

An “Artist-in-Residence” show at Big Horn’s Brinton Museum through the weekend. 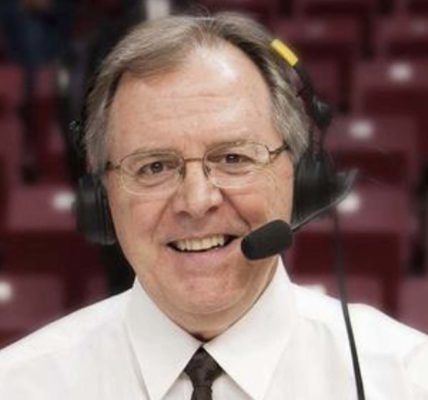