JACKSON (WNE) — Wyoming may be small, but its schools pack a punch.

That’s according to Education Week, a publication that reports on schools across the country. The final part of its 2019 Quality Counts report pitted the states’ educational systems against each other in a number of categories, and Wyoming ranked near the top in some.

For school finance, a measure of how much the state spends on education, Wyoming ranked first, with high levels of spending per student and equity in spending across school districts. Wyoming’s school foundation program guarantees each district a certain amount of money based on some complicated formulas, essentially sending money from more affluent districts to poorer ones.

The scores were a bit more mixed in the other categories. Wyoming outpaced the nation, just barely, in K-12 student performance. The state scored about average in terms of students’ actual performance in school, but its marks in educational equity regarding socioeconomic gaps boosted its overall score.

It ranked ninth in the gap between affluent students and low-income ones, meaning that the gap was smaller than in most states. The state’s scores in the final major category, chance for success, were similarly mixed, with Wyoming doing better than the nation in setting children up for success when they enter school.

RIVERTON (WNE) — Federal officials are investigating a shooting that resulted in the death of Victor W. Addison, 29.

Addison was found dead Aug. 4 as the result of a gunshot wound to the head, according to the Fremont County Coroner’s Office, which has ruled the death a homicide.

Chief deputy coroner Erin Ivie said the homicide determination was made “based on evidence found on or with the body (as well as) circumstances of the scene.”

“(From) what I viewed, it was apparent,” she said Friday.

Federal Bureau of Information public affairs officer Amy Meyer said her agency’s investigation into the case is “active, ongoing and a priority matter with dedicated resources from multiple agencies working around the clock to bring it to resolution.”

She could not provide comment or specifics Friday, however.

Records from the Fremont County Sheriff’s Office indicate Addison’s body was found at about 5:40 a.m. Aug. 4 in an area near Riverton.

The FCCO says he initially was a “John Doe,” identified as a 20-30-year-old American Indian male approximately 6 feet tall and 175 pounds with black hair, brown eyes and a tattoo of a spade and stars over his right forearm.

Toxicology testing showed his blood-alcohol content was .22 at the time of his death, and he had 180 nanograms per milliliter of methamphetamine in his system.

His date of death is the same as the date he was found.

GILLETTE (WNE) — Attorneys for the boy accused of nine counts of attempted first-degree murder after he took guns into Sage Valley Junior High School have asked a judge to transfer the case to juvenile court.

Local public defender Jefferson Coombs and Wyoming State Public Defender Diane M. Lozano asked for a two-day hearing to present all the relevant evidence and testimony in support of moving the case to juvenile court. The motion itself and arguments are listed as confidential.

Dale Warner, now 15, has been in Campbell County jail since Nov. 13, 2018, when he allegedly took two guns and 36 bullets into Sage Valley Junior High with the intent of shooting nine teachers or students. They were identified as people he wanted to target or who were in the classroom where he intended to open fire.

Warner has pleaded not guilty to the charges.

Campbell County Attorney Ronald E. Wirthwein decided to charge the then 14-year-old as an adult, meaning, among other things, that his court proceedings are public rather than confidential as they would be in juvenile court.

LARAMIE (WNE) — A fourth batch of mosquitoes in Albany County has tested positive for West Nile Virus, the city of Laramie announced in a Friday press release.

No other county in Wyoming has had more than two batches of mosquitoes test positive for WNv this year, according to data from the Wyoming Department of Health that’s current through Aug. 30. However, only nine of Wyoming’s 23 counties have reported WNv surveillance activities.

Laramie’s latest positive test was collected from a city monitoring trap “adjacent to the western side of city limits.”

As of Aug. 30, Uinta County has had the second most positive tests this year.

Despite the fourth positive test this year, Laramie’s risk rating of a WNv infection continues to be “low risk” based on the Centers for Disease Control guidelines for a phased response to WNv surveillance data.

Cheyenne hospital to invest $30 million into facilities in 2020

CHEYENNE (WNE) — Cheyenne Regional Medical Center will reinvest $30 million into its facilities in 2020, as well as recruit more than a dozen new physicians to the staff, the health-care system’s chief executive officer said Friday.

Timothy Thornell, who took the reins in April as the system’s CEO, told members of the Greater Cheyenne Chamber of Commerce during its monthly luncheon that the investment will include improvements at both the main hospital facility at 214 E. 23rd St. and the east campus at 2600 E. 18th St.

“At the east campus, we’re doing a lot of infrastructure work to bring it up to date, up to speed, up to code, making it more modern,” Thornell said. “At the main hospital, the west campus, we will be embarking upon revamping our Mother/Baby Unit, so we’re very excited about that.”

The improvements, he said, will be great for patients, physicians and nurses, because “we’ll have the latest and greatest equipment.” He said improvements also will include more space and rooms to increase capacity.

He added that improvements will include expanding and modernizing the facility’s intensive care unit.

CRMC will also receive new magnetic resonance imaging, or MRI, equipment at the end of this year or early 2020, he said.

Thornell said in the past 12 months, the hospital has recruited more than 30 new providers, including physicians, nurse practitioners and physician assistants. He said he expects to continue that trend into 2020 by recruiting new physicians to the facility.

LARAMIE (WNE) — Double Dub’s food truck owner Trent Weitzel said he was just thrilled to be able to finally compete in this year’s National Buffalo Wing Festival over Labor Day weekend — and then he won “the most prestigious award, basically, for buffalo wings.”

“It felt really awesome to accomplish it and all the hard work I put into it — I just dumped my heart and soul into it and everything — to have the recognition was just unbelievable,” he said. “It really hasn’t sunken in yet.”

Weitzel had tried to enter the competition for years before finally getting his shot this year after a little help from Josh Allen, former University of Wyoming quarterback currently playing for the Buffalo Bills. Allen vouched for Double Dub’s to the festival organizers, who allowed Weitzel to enter despite him not having a brick and mortar restaurant.

More than just vouching for the wings, the quarterback invited the Double Dubs team to the Bills game against the Minnesota Vikings and attended the festival to eat his favorite wings. Weitzel said it felt just like old times. 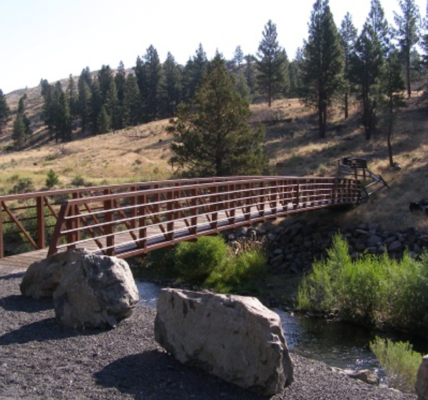