Wyoming parks among top for search and rescue calls

PINEDALE — A recent FOI request showed search-and-rescue operations inside Wyoming’s national parks ranked among the top 10 in the country in recent years.

The statistics provided did not provide numbers from 2021 – when both Yellowstone and Grand Teton national parks set visitation records.

Among the 224 search-and-rescue operations in Grand Teton from 2018 to 2020, 13 of them remain open and one person remains unfound.

It’s noted the numbers supplied do not include the amount of missing people and search-and-rescue operations conducted throughout 2021, when parks all over the country saw an influx of visitation.

Video blogger Gabby Petito’s disappearance outside of Grand Teton National Park gained national attention and cast a spotlight onto missing people in national parks – as well as Wyoming in general.

Petito’s remains were found in the Spread Creek area outside of Grand Teton National Park. Her partner, Brain Laundrie, was the only person of interest in the case and his remains were found at a nature reserve in Florida. A coroner determined he died of a self-inflicted gunshot.

As visitation increased and populations at those national parks increased, so too did the amount of search-and-rescue incidents.

One national park, however, is an outlier in remaining open missing persons cases.

Grand Teton National Park officials continue to survey and analyze crowd tendencies at the park to increase positive park experiences while reducing crowd interaction among each other.

Park officials plead quick communication and response in the event of a missing person so an immediate search-and-rescue operation can be conducted if necessary. 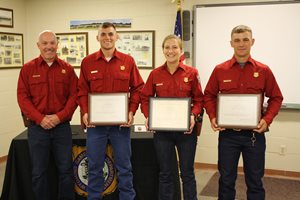