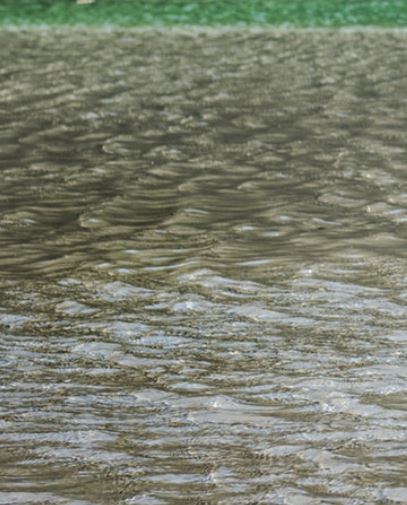 The ban comes amid fears by county officials that existing regulations are inadequate to protect Laramie’s key water source.

The 90-day moratorium prevents “any building permit, subdivision plat or any other development, construction, or land use or zoning application regarding property situated in whole or in part within the Aquifer Protection Overlay Zone.”

However, the ban does not apply to pending permits and other development already approved by county commissioners.

The delineated recharge zone of the Casper Aquifer encompasses 79 square miles east of town, where the city of Laramie has well fields drawing water.

The emergency resolution comes as Albany County Attorney Peggy Trent plans to dismiss a lawsuit against Tumbleweed Express, a gas station on the east side of town whose construction work the county had sought to block through court action.

Trent said the gas station renovations could threaten contamination of the Casper Aquifer, which provides more than half of the county’s drinking water.

Trent had originally argued that the gas station was barred under the Casper Aquifer Protection Plan from replacing its equipment and restarting operations. However, Trent is dropping the suit after ultimately determining that the county’s regulations don’t bar Tumbleweed Express from continuing to sell gasoline.

The county’s Casper Aquifer Protection Plan, adopted in 2011, cites Tumbleweed Express’s underground storage tanks as one of the top seven risks for contaminating the aquifer.

“After meetings and talking about it with my staff, we concluded that (the gas station) would be grandfathered in,” she said.

Trent and the gas station’s attorney, Jason Tangeman, had a court hearing scheduled Tuesday concerning whether an injunction would be issued against Tumbleweed Express.

Instead, that hearing will now be vacated.

During the county’s emergency meeting, Trent said the dispute with Tumbleweed Express revealed an urgent need to revisit the aquifer’s protection plan to put more limits on development.

“In this process, it was apparent that the county’s regulations are lacking,” she said. “The concern is that if someone would come in and develop on the aquifer, the regulations are not able to properly protect it.”

Under Wyoming law, most governmental meetings are required to be publicized in advance of their occurrence.

By holding an emergency meeting Monday, however, county officials were able to enact pass the resolution without alerting the public because statute allows governmental bodies to hold emergency meetings to address “a serious immediate concern to take temporary action.”

Prior notice is not required, though Wyoming law states that “reasonable effort shall be made to offer public notice.”

County officials did not announce plans for an emergency meeting on their website, nor did they contact the Laramie Boomerang. A newspaper reporter, however, was in attendance at the meeting that began around 3:30 p.m.

Trent said an emergency meeting was necessary because, if the county announced plans to revise its regulations without a temporary development ban in place, land-owners in the overlay zone could quickly begin development to preempt the impending regulatory changes.

The resolution passed by the commissioners Monday indicates that, if prior notice was given, “there is a concern that developers and landowners would file applications for development or expansion in the Casper Aquifer Protection Zone prior to the implementation of the freeze resolution taking effect, thus defeating the legitimate governmental purpose of freezing construction in the Casper Aquifer until the new amended Casper aquifer regulations and other applicable regulations can be completed.”

Commissioners approved a 90-day moratorium, which is set to be re-affirmed at a special meeting held 1 p.m. Tuesday.

Typically, all planning or zoning changes must come before the county’s planning and zoning commission before they go into effect.

However, a 1977 Wyoming Supreme Court case, Schoeller v. Bd. of County Commissioners, determined that counties can adopt temporary “freeze resolutions” to preserve the status quo until the normal process is complete.

“A freeze resolution may initially continue only for a length of time which affords an opportunity to give notice and hold a hearing on the issue of whether such resolution should be given more permanent status.

To comply with the case law, the temporary moratorium will be brought before the county’s planning and zoning commission on Wednesday.

If the zoning board signs off, it will be brought back before the commissioners at a June 21 meeting for finalization.

If the zoning board votes against the moratorium, the ban will be immediately lifted.

Trent told the commissioners she does think some members of the zoning board “have a conflict of interest” to participate in whether the moratorium is ratified.

When Tumbleweed Express began renovations this spring, county officials immediately tried to get the owner to stop.

When that effort became unsuccessful, Trent and Commissioner Heber Richardson said Monday that the dispute revealed an urgent need for regulatory changes.

“Our regulations are a really nice group of suggestions that a gentle person would decide on their own accord to conform to, but there’s no teeth, so if someone won’t agree to submit to the Casper Aquifer protection requirements, we don’t have a way to make them do it,” Commissioner Heber Richardson said.

“Most citizens in our community would follow a process to protect our drinking water,” Trent said.

“I guess I never specifically analyzed the enforceability of it, because I’ve never met someone who was unwilling to conform,” Richardson said. “So now we know we have to have teeth.”

The aquifer protection plan states there’s maybe less than 30 feet of Satanka Shale overlying the Casper Formation at the Tumbleweed Express, which lies at the corner of Grand Avenue and Bluebird Lane.

Gas stations and fuel pipelines are banned within the aquifer protection zone, but Tumbleweed Express was grandfathered in.

However, the county’s zoning resolution also states that right to the grandfathered use should end if “active and continuous operations of a non-conforming use is discontinued for a period of twenty-four consecutive months.”

When renovations began, county officials had assumed Tumbleweed Express’s pumps had lost its grandfather status since one required license had not been held by gas station owners for a decade.

However, records from the Department of Environmental Quality indicated that the gas station’s longest stoppage of fuel sales was 17 months.

The lack of a needed license, Trent told commissioners Monday, wasn’t enough to shut the gas station down since the protection plan, which doesn’t define “use” or “continual operations.” 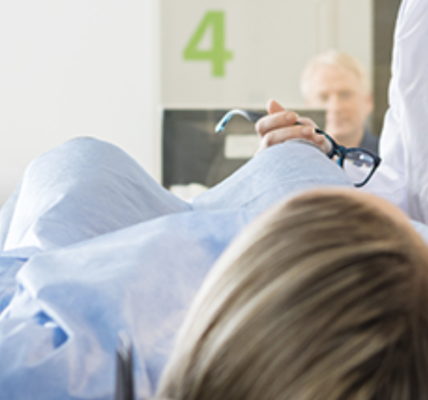