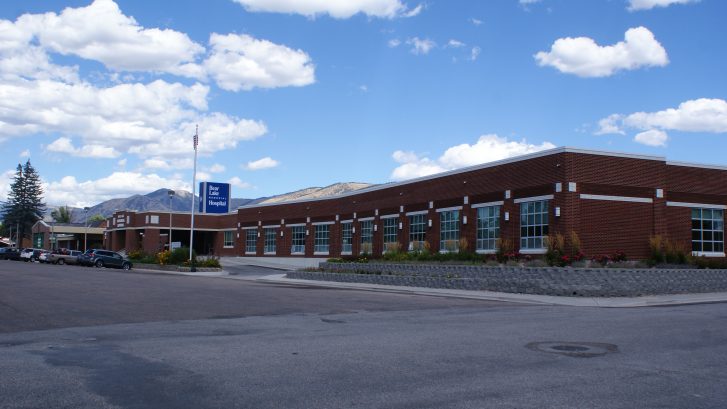 Michael Blauer is the new administrator for Bear Lake Memorial Hospital and he announced the Brake for Breakfast event will happen Wednesday at the hospital from 7-9 am.

The event is where people can come to get a free breakfast and also learn about detection for breast cancer. Blauer says cancer hits home for him a little bit more personally.

“In the last 6 months, my father was diagnosed with a brain tumor,” Blauer said. “And actually passed away just a few months ago. So it’s really opened my eyes to give that compassion in healthcare.”

He says because of this experience he knows just how important these kinds of events are.

“So we’re really excited that we can support this event,” Blauer said. “And we encourage people to stop by and be involved.”

He is a native to Idaho and grew up in Burley on a family farm. He did his undergraduate schooling at Idaho State University. While there he studied Business and Spanish. He says he worked as an interpreter for the court system during his time there as well as for the local hospital.

“I just thought it was fascinating and I loved going to the hospital,” Blauer said. “Interpreting for the patients and interacting with the staff and as I thought about my career and what I wanted to do, I thought ‘I’d really like to be in this environment.'”

So from there he had to look at his options and healthcare administration came up and so he ran with it. He moved onto the University of Michigan for graduate school. He then moved to Colorado for a little bit for work and then went to Oregon. He eventually came to the hospital in Mountain Home, Idaho before coming to Montpelier.

“It gave us a chance to stay in Idaho, which we were hoping for,” Blauer said about the opportunity to come to BLM Hospital. “Relatively close to our family and in a community hospital, which we love.”

He met his wife at Idaho State University and together they have four kids with all of them adopted.

He says for right now his focus is just on getting acquainted with the hospital system in place right now. He’s only been here just over three weeks and so he’s still learning aspects of his new work environment.

“Generally my impression is I just want to keep up the great work,” Blauer said. “It’s a great hospital and I think people in the area know that.

“I was really blown away when I came here and first saw the hospital. It’s a beautiful, well maintained facility, the staff is incredible… and the scope of services is pretty amazing for a community like this.”

So he says his focus for right now is to keep building on what has already been built. He loves the aspect of the push that this is the most caring hospital and that’s something he wishes to continue.