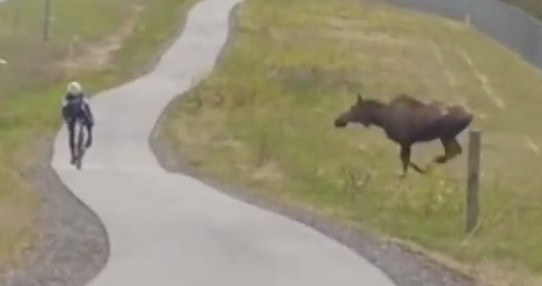 Have You Seen This? Moose charges cyclist

THE LAST FRONTIER — In an earlier Have You Seen This? I mentioned that the two scariest places on earth are Florida and Australia. It appears I need to start adding Alaska to that list.

Alaska is already terrifying considering it’s the headquarter for the S.B.O (Society of Bear Overlords), but apparently it also has moose that like to attack cyclists and news crews.

OK, so the moose in this video doesn’t have it out for any person or thing in particular, it just wants to keep its babies safe.

According to the video description on YouTube, the person capturing the encounter on video was on his bike and wanted to see the moose. When he got there, he saw another cyclist coming toward him so started taking some video. When the cyclist got too close for mama moose’s kiddos, she charged the intruder. The biker collapsed and the moose stopped.

But the moose wouldn’t leave the biker be, and a news truck pulled up between the man and the moose. What does the moose do then? Charges the news vehicle. Fortunately, the moose stopped short and everyone was safe and went on their way.

Fine, exercising is actually good for you and Alaska is pretty cool, but I stand by the moose warning.

John has grown up around movies and annoys friends and family with his movie facts and knowledge. John also has a passion for sports and pretty much anything awesome and it just so happens that these are the three things he writes about. 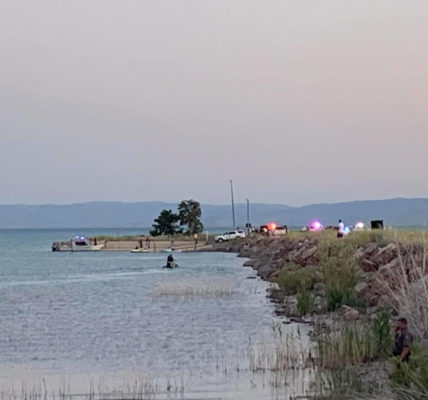 Why Your Story Podcast Episode 7: “Dreams and Aspirations” 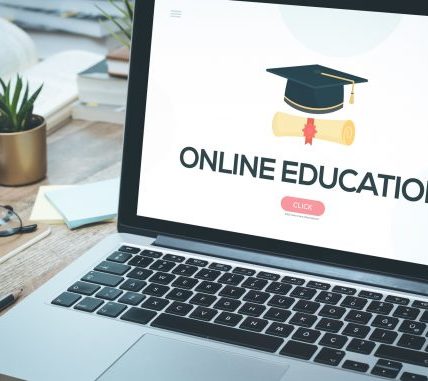 Some families opt for online education