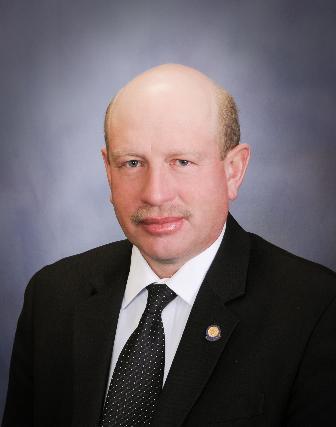 Harris commented, “Well, last August the legislature held a special session on behalf of the governor. And during that session, the House passed a concurrent resolution to amend the governor’s emergency declaration in the state of Idaho, relating to Coronavirus. The Senate did not hear that resolution because it was unconstitutional. It wasn’t one of the reasons why we were holding a special session.”

Because of that the senate passed a resolution to take up the issue in the regular session, so the leadership of both the Senate and House are considering two amendments to rebalance the power between the legislature and the executive.

Harris explained, “The Coronavirus has put a stress test on our statutes, our constitution, the state of Idaho, and how the legislature deals with the governor and vice versa.”

So Tuesday morning (Jan 19th) the Senate heard a concurrent resolution (meaning it has to go to both houses) to be passed to end the emergency order specific to Coronavirus but also taking account the federal funding that has been allocated to the state of Idaho, by the federal government through the President Trump’s emergency declaration for the for the country.

“So what we’re finding is it’s complicated. A lot of our small hospitals are receiving federal funds. Some businesses are receiving funds to keep their employees paid while the economy is struggling. The National Guard is paid for by federal funds, it’s a 75/25 split, 75% being paid by the federal government. So there are a lot of issues there we need to look at. We need to be careful that we don’t basically create more harm than good,” Harris explained.

Harris detailed some of the complaints he’s hearing from constituents a lot stemming from parents not able to attend their children’s activities: basketball games, and wrestling matches due to social distancing regulations.

“The legislature is working to ease back some of the restrictions that are making people so upset, and, and trying to get life back to back to normal,” Harris said, “ so we can go to their games, go to church and do things we need to live life.”

The Idaho legislature usually has one state trooper on guard in the Senate and the House. Due to intelligence reports the legislature has received, the number of troopers has been augmented for the current session.

Harris also commented, “We’re fortunate in that other states across the country have closed their capitals to the public, or even some legislators have just closed the capitol.

They’re not holding their session until later. We’re fortunate our capitol is still open to the public. We want it that way. It is the people’s place.”

The full interview can be found at SVInews.com/radio