RIVERTON — The law enforcement officer who returned fire on a gunman three months ago in residential Riverton acted within the law to defend himself and others, according to an official analysis of the investigation.

James Hinman, 56, died several hours after shooting at and being shot by a Riverton Police Department officer on April 15, after Hinman was implicated in a hit-and-run accident involving no vehicle damage.

Investigators have since learned that the shooting on Aspen Drive in Riverton was Hinman’s second armed standoff with law enforcement.

He was convicted in 2010 for a similar confrontation in Minnesota, and as a felon, was prohibited from owning firearms.

A statement by Fremont County Attorney Patrick LeBrun concludes the months-long investigation by the Wyoming Division of Criminal Investigation and culminates interviews, audio and video recordings, physical evidence, and radio traffic regarding the incident.

LeBrun reconstructed the sequence from all accounts.

RPD officers arrived on Aspen Drive at about 1 p.m. that day to investigate the hit-and-run, in which Hinman was believed to have been intoxicated.

He was reported to have had a “heated discussion” with witnesses to the collision.

An autopsy later revealed Hinman’s blood-alcohol content at time of death – roughly 36 hours after he was shot – was .18 percent. The legal limit for driving is .08 percent.

Responding police found that Hinman was in his home. They spoke with a woman who was also in the home. She called for Hinman to come speak to the police.

Larsen and RPD Sgt. Steven Sullivan, who also was there, retreated to cover immediately and tried to persuade the woman to come out of the house, but she went back inside.

For 50 minutes, law enforcement kept trying to talk to the woman and Hinman, who were both still inside. Meanwhile, more personnel from more agencies arrived, including the Fremont County Sheriff’s Office, Wyoming Highway Patrol, AMR emergency medical, and later, the Riverton Volunteer Fire Department.

At about 2:06 p.m., the woman appeared at the front door. RPD Sgt. Charlie Marshall rushed to her and led her away to a safer area. She told agents that Hinman was armed and that she had been struggling with him physically for several minutes, trying to keep him away from the guns in the closet.

Hinman appeared at the front door holding an AR-15 rifle, at about 2:15.

Two minutes later, he shot it.

“Hinman fired his first round from inside the house,” LeBrun wrote.

In the brief but frantic moments between that first shot and what would follow, an RPD officer who had joined the scene took cover behind a parked Toyota 4-Runner.

The officer saw Hinman come to the front window and fire his rifle, in what seems to have been a barrage of gunfire occurring roughly three minutes after the first shot.

“The officer was not certain at whom Hinman was shooting, however he knew that several of his fellow officers, including (RPD) detective Anthony Barry, were in danger from the gunfire,” the statement reads.

From the corner of Aspen and Forest Drive, observers could discern about eight gunshots in the barrage.

During the three to five minutes of relative quiet following that exchange, the officer noticed that Hinman had retreated from the window, but then, Hinman’s silhouette appeared at same window, this time pointing the AR-15 at him, the officer who had returned fire.

A second volley of gunfire occurred between the two. From the muffled distance of eight houses away, another eight shots could be heard in that barrage – totaling about 17 discernible.

The officer shot until Hinman was no longer visible.

Investigators later discovered a bullet lodged in the 4-Runner the officer had used as his cover. “This bullet, while stopped by the officer’s cover, was clearly aimed at the officer.”

There also was a bullet, lodged in a garage across the street, that was found to have “passed extremely close to detective Barry’s position,” according to the evidence.

“Hinman did not return to the window again after this volley of gunfire,” LeBrun relayed from interviews.

He noted that the officer’s interview was consistent with other accounts and with the physical evidence.

This sequence of circumstances, LeBrun wrote, demonstrated that “what Wyoming statute 6-2-602 refers to as ‘imminent death or serious bodily injury’ was clearly about to occur that day, forcing the officer to act to defend himself, detective Barry, and others.”

No officers or civilians were injured. Police evacuated residents from the neighborhood throughout the afternoon.

Law enforcement deployed a video drone which beheld the man injured in his home. But because of the lethal nature of the standoff that had occurred, local police requested the use of a Bearcat armored vehicle through the Natrona County Strategic Response Team.

At about 5:50 p.m. – hours after the shooting volleys, the Bearcat was used to remove the front door. Police threw a “sting ball” into the home.

“The device creates a loud noise similar to the sound of a gunshot and throws small rubber balls” to distract structure occupants, LeBrun wrote.

Hinman was found alive and was taken to a hospital.

He died from his injuries at Wyoming Medical Center in Casper at about 2:51 a.m. on April 17. 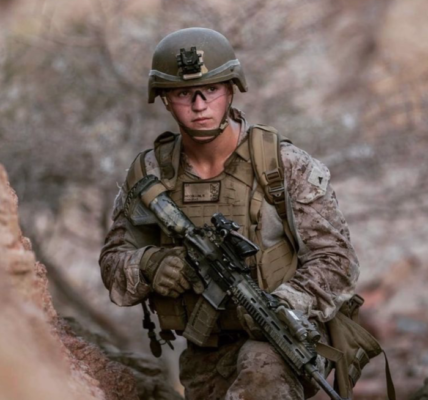 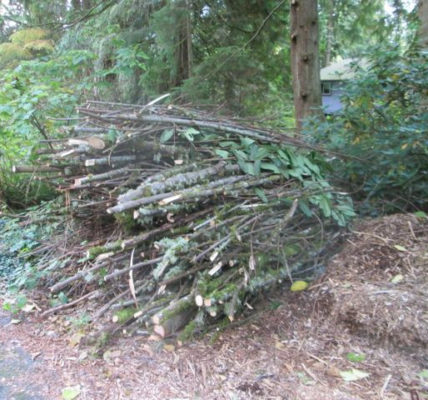