JACKSON — At a time employers throughout the valley are searching for employee housing solutions, the school district is hoping to lead the charge.

With the help of Shelter JH board member and housing consultant Christine Walker, the schools have identified three potential development projects for a net 332 units. Combined, the proposals bear a price tag just shy of $200 million.

All of the projects would be built on land already owned by the district. The most striking is a proposed 200 apartment complex on the 5-acre field immediately south of Jackson Elementary School. Bulk-and-scale modeling shows dense rows of 24-unit buildings situated above a ground-level podium parking lot for 530 spaces. The modeling also includes a row of 20 townhomes on North Jean Street.

Walker estimates a development cost of $20.3 million for the townhomes alone, essentially $1 million per unit. The district could sell them for half that, meaning employees would purchase a four-bedroom, 1,800 square-foot unit with podium parking for two cars for $500,000. Such a deal would leave the district a $10.3 million capital gap requiring outside funding, some kind of subsidy.

Each 24-unit apartment building (of the proposed eight on the Jackson Elementary parcel) would cost $13.1 million to develop, with an $8 million capital gap. Monthly rent would start at $1,100 for a 535-square-foot one-bedroom unit.

Three similar buildings could be built between Jackson Hole Middle School and South Park Loop Road, totaling 72 rental units. The third project would be south of town immediately behind Munger Mountain Elementary School, where Walker recommended 48 single family homes for ownership. A two-bedroom would go for $375,000 and a three-bedroom for $450,000. With a $36.1 million development cost, that would leave a $16.3 million capital gap.

It is unlikely that the district will pursue all of the projects at their current scope. The school board will hear directly from Walker today and will start to prioritize. In December, board members saw the initial bulk-and-scale renderings but offered little feedback. County commissioners and town councilors viewed the same renderings at a meeting with Superintendent Gillian Chapman last month.

Ahead of that meeting, Chapman wrote electeds a letter outlining the need to pursue housing projects in tandem with the district’s long-range facilities strategic plan.

“Annually we lose highly trained and skilled staff due to the void of affordable and stable housing,” she wrote. “While this is not unique to only the school district, the housing crisis is impacting our ability to recruit and retain qualified staff to serve the needs of nearly 3,000 children. As one of the largest year around employers, we have had to reduce services and increase wages and benefits and we still have open positions.”

Current demand is 170 to 250 units, according to a staff survey put out last spring. About half of the district’s staff were interested in employee housing when that survey launched, and the majority said they’d prefer to own rather than rent.

Price and stability were the largest priorities, as many staff continue to be “extremely cost burdened,” meaning they pay over half their income to housing.

Previously, Walker’s proposals included a 120-unit project on district land in Teton Village, but that idea was nixed because most staff would prefer to live closer to Jackson.

“Garage, square footage, storage, location, laundry, yard … are all negotiable,” he wrote to the school board. “Few things are on my ‘must have’ list beyond a good roof, heat, and being able to afford the bills. Location is near the end of my list.”

As someone involved in the hiring process, McDowell also emphasized the importance of attracting quality applicants, bringing diversity to the workforce and providing affordable options to staff.

On the ownership front it seems only a fraction of school staff would be able to afford homes at Walker’s proposed price tags. Assuming a 4.5% interest rate on a 30-year loan, with 10% of monthly payment for homeowners association fees, taxes and insurance, the majority of staff (68%) can’t afford a home costing more than $332,000.

On the renting front a slight majority of staff (53%) can’t afford more than $1,250 per month. That’s assuming people shouldn’t pay more than 30% of household income on rent and utilities (which average $250 a month).

Although the slight majority of staff would prefer to own, not rent, Walker recommends starting development with rental units because of the instability and expense of other rental options in town. Currently, 62% of those interested in renting are paying 40% or more of their income on housing, which isn’t sustainable.

Chapman last spoke to the News&Guide about the housing proposals after the bulk-and-scale models were presented and before there were price tags. She said the proposals should help guide board decisions for years, even if they aren’t immediately pursued.

“Instead of slapping something together quickly and getting something off the ground, we wanted to have a very strategic long-range plan, because I believe that it builds confidence within the community,” Chapman said. “We’ve got folks that are ready to help us with plans because they understand the value and how important it is to step up and say, ‘This is something that is important for our community. It’s important for our kids.’”

As for prioritization, Chapman thought the middle school might be a good place to start. If development costs for a single 24-unit building fell under $10 million, she said, “that’s doable. That is attainable for us.”

The Jackson Elementary project would require more capital, and the district cannot borrow money or go into debt, Chapman said. But if those buildings could be built one at a time, that might be more feasible.

A tentative timeframe for development shows the design and permit phase starting this summer and wrapping up six months later for an early 2023 construction start. 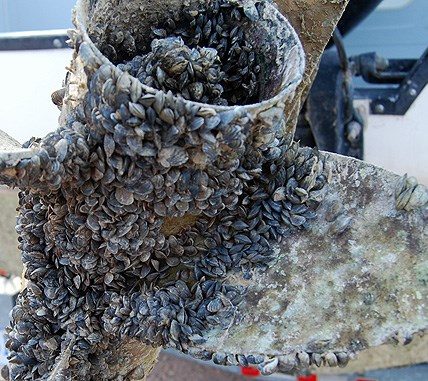