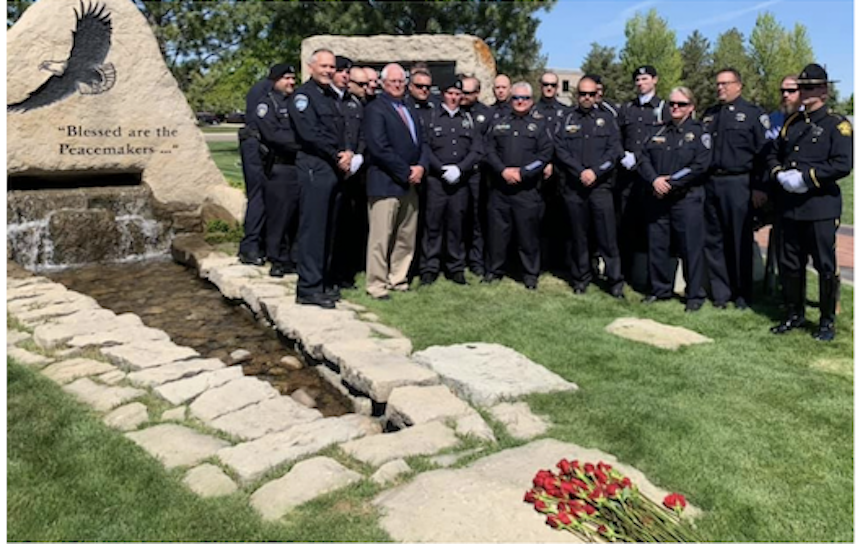 The following story is provided by EastIdahoNews.com. It is used here with permission –

IDAHO FALLS – Deputies with Bonneville County Sheriff’s Office and members of the community will be participating in the first-ever Idaho border to border bike race next week.

Shield616, a nonprofit that provides protective equipment for law enforcement, is sponsoring the bike race. Event coordinator Cary Katalin tells EastIdahoNews.com riders and other donors raised more than $100,000 in total for the organization, who is providing the sheriff’s office with 30 bullet proof vests for deputies.

“The gear that deputies currently wear will take a handgun round but it won’t take a shot from a high-powered rifle or an AK-47 or something like that. The gear that we’re donating is a better plate, helmet and vest that deputies can use and be better protected,” Katalin says.

A total of 18 riders are participating, including Bonneville County Sheriff Samuel Hulse. Each of them had to raise $616 to participate. In return, Shield616 is providing them with helmets and T-shirts for the race.

The protective gear will be presented to the sheriff’s office Saturday night at the end of the third day of the race when the bikers arrive in Idaho Falls. There will be a ceremony at Watersprings Church at 7 p.m. A support team or prayer partner will stand with the deputy when he or she receives the vest and will support, encourage and pray for them.

“This is a great opportunity for you to show your law enforcement support, as well as form a bond with your deputies,” a flier for the presentation ceremony says.

Participants will complete the final leg of the race the following day.

“We’re doing roughly 100 miles a day,” Katalin says, who is also participating in the race. “We’ll stay at churches along the way. We make our own food and everybody brings a sleeping bag, air mattress or sleeping pad. It’s cool to have first responders and members of the community together because you share stories and it creates a bond and a sense of community.”

Katalin began collaborating with Shield616 six years ago after stepping down as a volunteer chaplain with the Colorado Springs Police Department. For his own mental health, he decided he needed to do something else but he still wanted to help officers.

Katalin is an avid biker and as he thought about what he could do, he set out to ride across Colorado.

“I was talking to a friend of mine, who’s a cop … and he said, ‘You ought to meet up with Jake Skifstad, the founder of Shield616.’ At that time, he was a cop with the Colorado Springs Police Department. He’s not a bicycle rider and so he was like, ‘You really think people will want to ride across the state?’” says Katalin.

Katalin says there were seven riders for that first event and it’s grown to become an annual event in Colorado, with 32 riders participating in the most recent one.

Katalin served a church mission in Idaho Falls years ago and his wife is from Idaho Falls. After hearing about the shooting at Rigby Middle School in May, he wanted to do something to help law enforcement in eastern Idaho by bringing the bike ride to the Gem State.

He’s planning to make it an annual event and would like to include Idaho Falls Police Department in next year’s event.

“When people see the vest presentation and what we do and how powerful it is … I think it’s going to grow,” he says. “We’d love to include the police department too and make it a recurring thing.”

He’s grateful for everyone’s support and he’s inviting you to attend the ceremony at Watersprings on Aug. 7.

For more information or to learn more, visit the Shield616 website.