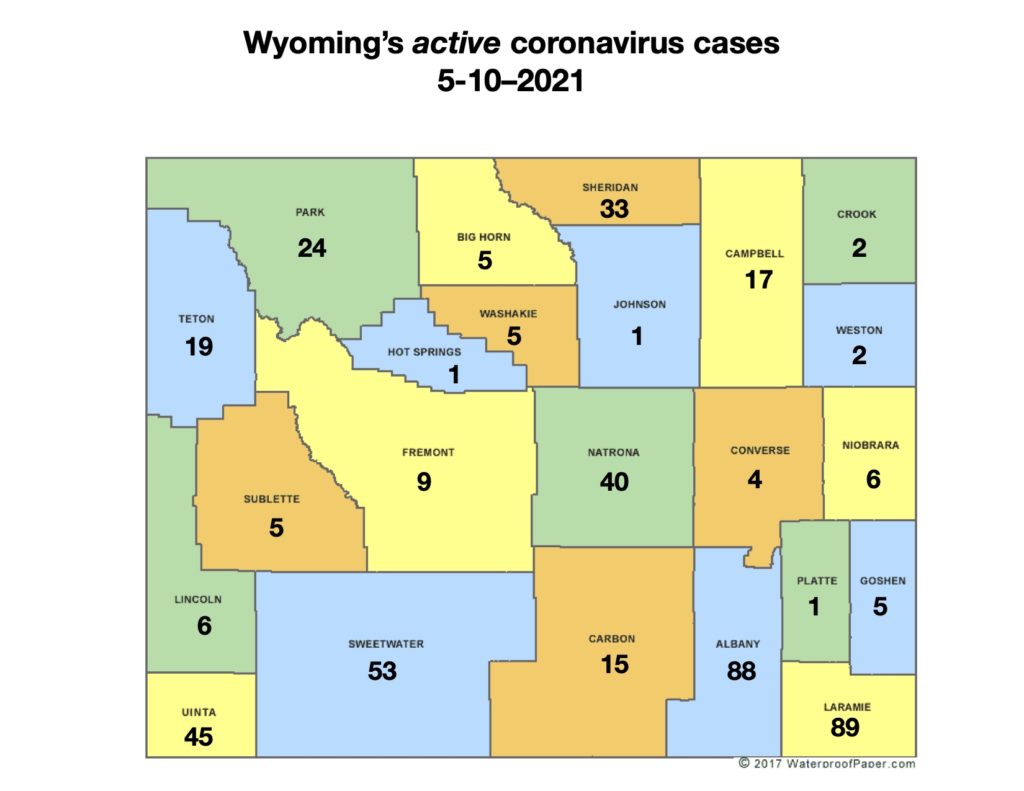 The number of active coronavirus cases in Wyoming increased by 34 in the past week, according to state Department of Health figures.

The department’s regular coronavirus update showed the state saw 367 new laboratory-confirmed COVID cases on Monday compared to one week ago. The number of probable cases, meanwhile, increased by 107 since May 3.

Recoveries also increased, however, with the number of people recovering from either confirmed or probable cases growing by 437 during the week.

The numbers left the state with 475 active coronavirus cases, an increase of 34 from last week.

Laramie County had the highest number of active cases at 89; Albany County had 88; Sweetwater County had 53; Uinta had 45; Natrona had 40; Sheridan had 33; Park had 24; Teton had 17; Carbon had 15; Fremont had nine; Lincoln and Niobrara had six; Big Horn, Goshen, Sublette and Washakie had five; Converse had four; Crook and Weston had two, and Hot Springs, Johnson and Platte had one.

New confirmed cases were reported during the week in 18 counties. Albany County had the highest number of new cases at 78, followed by Laramie County with 66.

The increase in confirmed and probable cases brought the total number of people diagnosed with COVID since the first case was diagnosed in Wyoming in March 2020 to 58,764.