CASPER —Say you work at a mine in Gillette. You get laid off because of the downturn in the fossil fuel industry and growing demand for clean energy. The ups and downs of the industry have started to take a toll, and you want to pursue something more stable.

You’ve always been into fixing trucks, and you think that could be a viable career path. There’s just one problem. You don’t have any formal training in that new field.

The Wyoming Legislature passed a scholarship program Thursday aimed specifically at you.

House Bill 31, “Wyoming’s Tomorrow Scholarship Program,” is framed not only as good education policy, but also as a pro-business measure. It will give preference to applicants who are pursuing education in fields that have “workforce shortages and economic development needs [in] the communities, regions and state.”

“We are in a workforce crisis and it doesn’t matter what industry you talk to,” said Cindy DeLancey, president of the Wyoming Business Alliance, a group backing the legislation.

The program will allow people over the age of 24 who have lived in the state for at least a year to pursue schooling at the University of Wyoming or any of the state’s community colleges for a maximum of four full-time semesters or up to $7,200 in scholarship money. Convicted felons may apply, but those who are currently incarcerated are not eligible, nor are those who are currently receiving Hathaway Scholarship money.

Gov. Mark Gordon — who has expressed worry about the lack of skilled workers in the state — signed the bill into law on Friday.

Opponents raised a few concerns. Some questioned whether students would goof off and waste their opportunity. Others worried that it would amount to “free college” that some Wyomingites could take advantage of by taking classes in “underwater basket weaving,” according to one example offered by Sen. Larry Hicks, R-Baggs.

“It’s baffling that you could equate this to free college,” said Darren Divine, president of Casper College, in response to that concern. “If that’s true, then every scholarship is free college.”

Divine also added that he believes adult students are less likely than recent high school graduates to slack off in school.

The program will move forward with a $10 million allocation from the state’s rainy day fund, but it will not go into effect until it has $50 million in financial support.

Part of that money, advocates hope, will come from industries that would benefit from retrained workers. Entities who are interested in the scholarship also have the ability to sponsor individuals in the program.

“This is not free college,” DeLancey said. “Industry has skin in the game.”

The scholarship is not aimed at just male-dominated fields, lawmakers and advocates pointed out.

“So there’s this wonderful narrative about workforce training because we only like welders and auto body mechanics and construction workers. You’re right. That really only helps really one gender the most, and yes, I’m providing stereotypes,” said Sen. Tara Nethercott, R-Cheyenne. “This is an opportunity for those women across our state who have chosen to raise their families in their communities to go back to school and get higher paying jobs.

“Did you know that our Wyoming industries actually need more than welders and construction workers? They actually need women filling roles,” Nethercott continued. “This bill will help those women. I know it’s really easy to do the narrative so that we can pass it through the chamber that it’s about construction workers, but it’s about so much more.”

“In my mind, I was planning on this being most useful for retraining coal workers, but it’s also perfect for working parents,” Divine said, or those who are “place bound” and can’t up and move to Laramie, home of the University of Wyoming.

Sen. Charlie Scott, R-Casper, believes that the bulk of the early adopters of the program will be those pursuing an associates degree in nursing.

While the scholarship legislation was successful, there were a few blips along the way to Gordon’s desk.

The Senate Education Committee delivered a bill that would’ve started the program with a $50 million endowment. The Senate took that out and left it with $10 million to start.

In the final minutes of the Senate floor session Wednesday, the bill nearly died because of a procedural oversight. Moments before the final vote, Senate President Dan Dockstader, R-Afton, announced that because of a budgetary provision, it would need a two-thirds majority, a difficult threshold to meet after extensive debate on the bill Wednesday night.

Lawmakers in favor of the bill objected and asked that the Senate recess.

Sen. Chris Rothfuss, D-Laramie, brought an amendment the same night that removed the provision that necessitated super-majority support without changing the thrust of the bill. That amendment passed, as did the bill.

Hicks and Scott, a senator who has been in the Legislature since 1979, said they had never seen such a maneuver before.

Rothfuss said he checked with the Legislative Services Office first, and he told the Star-Tribune that it was not a nefarious tactic like someone trying to kill a bill at the last second.

With Gordon’s signature, the bill will now travel to the Wyoming Community College Commission, the body that will handle details such as what the application should look like. Those meetings will be public. 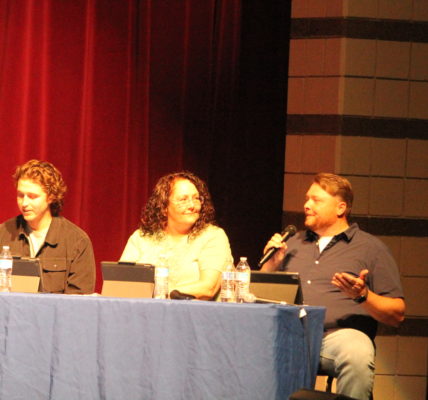 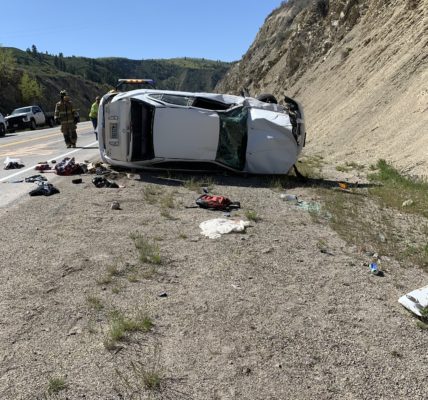