The KUTV Summer Road Trippin’ crew was in Lincoln County this week to film segments for the television series.

This is the second year the television crew from KUTV has been in Lincoln County to feature the area. The project is done in partnership with the Lincoln County Economic Development Board and the Star Valley Chamber of Commerce.

“The Summer Road Trippin Series will help showcase some of the many unique aspects of Lincoln County,” said Richelle Primm of the Star Valley Chamber of Commerce. “Once people see it, they will want to come! Which, will then help to bring business to Lincoln County.”

“It’s important to promote our county because it’s a hidden gem that people will be impressed with once they come to see it for themselves,” she added.

According to Primm, Lincoln County has a lot going for it with regards to school districts, health care, tax laws and infrastructure. Pairing that will the recreational opportunities in the area draws families and businesses. That in turn generates growth, creating better jobs and more stability.
The Summer Road Trippin Series will air on KUTV stations. 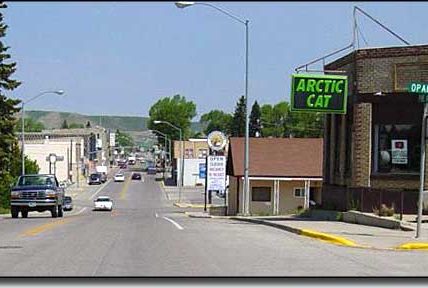