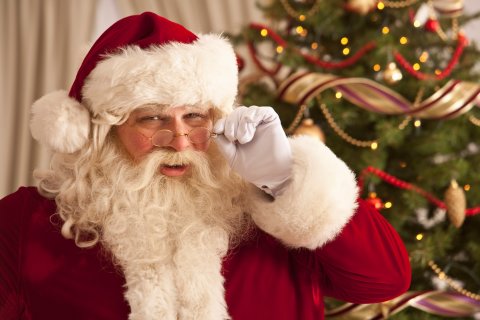 The stories behind 5 Christmas traditions you celebrate

Many across the world have hung their stockings by their chimneys with care, they’ve cut their trees and decorated it with Christmas flair.

There are plenty of Christmas traditions that people who celebrate the holiday have fond memories of, from extravagant light displays to caroling, presents and much more.
Christmas, by definition, is the celebration of Jesus Christ’s birth, and images of his birth as described in the Bible are often depicted during the season. However, where did these other non-Biblical traditions and symbols we’re all so accustomed to come from?
Many of them come from a pagan ritual background. However, there are other influences on the common Christmas you see today.

Dec. 25
The Bible doesn’t really specify which day Jesus Christ was born, so why is it celebrated on Dec. 25 each year? The holiday has been celebrated on that day since at least 336 A.D., according to religionfacts.com.

A common theory as to why that specific day, according to the Washington Post, comes from James George Frazer’s “The Golden Bough: A Study in Magic and Religion,” which was published in 1922. Frazer says Dec. 25 was a pagan holiday celebrating winter solstice that was altered in the fourth century by Saint Augustine to celebrate the creator of the sun rather than worshipping the sun itself.

The Washington Post also noted there are no writings from the era proving a connection between celebrating Christ’s birth and the pagan celebration of winter solstice, citing the Biblical Archaeology. The society wrote the earliest mentions of Christ’s birth come from a Roman almanac listing Dec. 25 as the date “Christ was born in Bethlehem of Judea.”

Some sects of Christianity, however, celebrate Jesus Christ’s birth on Jan. 6, another hypothesized day of when he was born. And many LDS members believe Christ was actually born on April 6.

Evergreen trees were used by ancient civilizations, early Romans and Druids, as symbolism for various reasons, from healing the aching sun god during winter solstice to celebrating everlasting life, according to the History Channel. However, the modern use as a Christmas tree dates back to the 16th century.

According to one lore, Martin Luther started the Christmas tree trend, though, as Christian Today wrote, it’s unclear that is true. Instead, the outlet said it likely came from medieval theatre. As the History Channel points out, it is still widely believed Luther was the first to add candles to the trees.

However, Christmas trees were not reported in America until the 1830s, when German settlers brought them to Pennsylvania, though some German settlers may have had them earlier than that, according to the History Channel.

Other regions of America, including the New England area, had banned rituals deemed to be pagan. Christmas trees remained rare until about 1846, when a sketch appeared by London News outlets showing British Queen Victoria and Prince Albert, who was originally from Germany, and their children around a Christmas tree. Given the queen’s popularity, the Christmas tree became a trend in Britain and also in the U.S. and the commercial industry of selling trees was soon born.

Christmas lights
As previously mentioned, Germans in the 16th century began putting candles on trees. However, fire and wood aren’t necessarily a safe combo. It wasn’t until 1880 that Thomas Edison’s company developed the concept of electric lights, according to the History Channel.
Edison also upped the Christmas celebration ante by hanging incandescent bulbs around Menlo Park, becoming the first to place Christmas lights around a building, according to Gizmodo.

Santa Claus
The story of Santa begins with St. Nicholas, a Greek bishop, who lived around the third and fourth centuries. He was “fiery, wiry and defiant defender of church doctrine during the ‘Great Persecution,’” according to National Geographic. Even after his death, he was associated with miracles.

One story of his miracles was his ability to save three sisters from being sold into prostitution by providing gold to their father, so he could pay for them to be married, according to the History Channel. By 1200, St. Nicholas became known as a magical gift bringer and a patron of children. In the following centuries, the date of his death, Dec. 6, became a celebratory day, which is why St. Nicholas Day is still celebrated each year in some European areas.

However, Catholic saints became less popular after the Protestant Reformation and the day of giving gifts to children, which began the tradition, was moved from Dec. 6 to Christmas on Dec. 25, according to National Geographic. The idea of a St. Nicholas figure wouldn’t begin until the 1800s.
Dutch settlers coming to America called this man Sinterklaas, which later became Santa Claus, according to whychristmas.com.

National Geographic added 19th-century works like Washington Irving’s “Knickerbocker’s History of New York,” “A Visit From St. Nicholas” by Clement Clarke Moore and “The Children’s Friend” by an anonymous poet crafted modern imagery of Santa, such as flying in a sleigh pulled by reindeer.
The face we’re used to was created by political cartoonist Thomas Nast in 1866, cementing the Santa we know to this day.

The story of Christmas stocking dates back to the miracle story of St. Nicholas involving the three children saved from possible prostitution.

The father of the three girls, recently widowed, didn’t have much money. Meanwhile, St. Nicholas wandered around his town telling village people of his struggles and, in an effort to secretly give the financial help the father needed, he slid down the chimney of the man’s home and put gold coins in the girls’ stockings that were drying by the fire, according to Smithsonian. 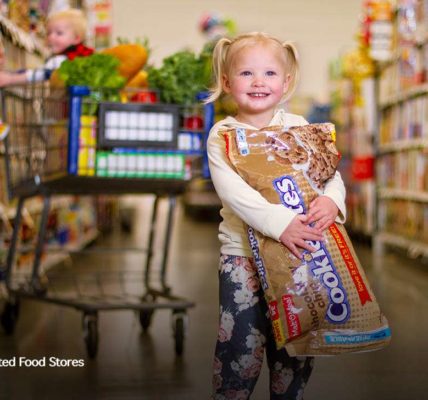 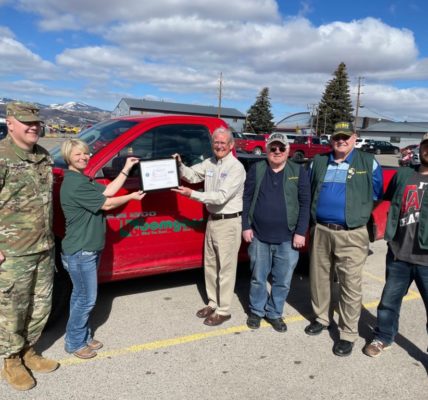