JACKSON — Come the New Year, Teton County residents will get the opportunity to weigh in on the future of tourism in the valley.

The Jackson Hole Travel and Tourism Board is working with a consulting team from George Washington University’s International Institute of Tourism Studies to develop a plan for managing Jackson Hole’s visitation.

The volunteer Travel and Tourism Board, funded by the lodging tax, has traditionally marketed Jackson Hole in the off seasons and winter. But it has also started to manage visitation in the valley’s increasingly busy summer seasons.

Creating the “destination management plan” will help that, as tourism officials look to craft messages for summer visitors.

But officials said the plan is also larger, intended to better understand how tourism is impacting Jackson Hole and figure out how the community wants to handle visitors and their impact.

“It can really help shape the future of what our community looks like and what the tourism experience looks like both from a residential perspective and for tourists and travelers,” said Kathryn Brackenridge, the Travel and Tourism Board’s new contracted executive director. “It’s a real opportunity.”

The planning effort comes as Jackson Hole experiences record tourism, driven in part by the COVID-19 pandemic. Memorial Day saw 34,000 visitors within town limits, a 60% increase over the five-year average for the holiday. A million visitors flocked to Yellowstone National Park in July, a record. And, by October, the world’s first national park had seen 4.79 million visitors pass through its five entrance gates since the beginning of the year. That marked a full 20% increase over the same 10-month period in 2019, months before the pandemic started pushing people to travel.

That came with record profits for some businesses, but also strain on resources and staff as the community dealt with a housing crisis, long lines of traffic and crowding throughout the valley.

Seleni Matus, the director of George Washington’s tourism institute, said that’s not unique to Jackson Hole. Other communities around the Mountain West are feeling similar strains and consequently starting to think more about managing flows of visitors, wondering how many they need, what sort they want to attract, and where to direct them.

And, with George Washington and its sub-consultant on board, Matus said Jackson Hole is now starting to hop on the bandwagon.

“The Travel and Tourism Board has decided to develop a plan that will put the community at the center of the process,” she said.

“What is it that we want of tourism in the future?” Matus said.

The process is just beginning.

But between now and September, George Washington is expected to work with the tourism board and its newly-hired contractors to better understand the community, solicit feedback from residents, businesses, nonprofits, government and others, and develop a plan with recommendations for the future.

Brackenridge is taking over as executive director after Kate Sollitt retired earlier this year. Sollitt had served for nine years. Sue Muncaster will lead the board’s communications and the Riverwind Foundation, which promotes environmentally and socially conscious business practices, is the board’s new sustainability coordinator.

First up for the public will be a survey intended to better understand how local residents feel about tourism.

That’s set to be released early in the New Year, while the George Washington team continues collecting data about what’s already happening with tourism in Jackson Hole.

The academics are then set to visit Teton County once mid-winter and again early in the summer, meeting with residents and other stakeholders. The plan should be developed over the summer, and the process aims to wrap up in early September.

What the plan will look like remains to be seen, though Matus said it will likely include a statement of the community’s vision for tourism, policy recommendations to make it happen and more.

“Other than the people or citizens who have owned or worked for hospitality businesses, the rest of our community has never had the mechanism to do this,” said Tim O’Donoghue, principal at the Riverwind Foundation. “We do now have one.”

He encouraged people to participate, but cautioned that the final plan won’t be a panacea.

“It’s not gonna be a perfect plan,” he said. “It’s not going to be everything to any one person.”

But he hopes it will be successful, and representative of all voices in the community — those of the business community and tourism industry, as well as those of private citizens. 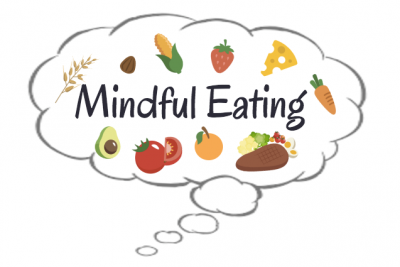