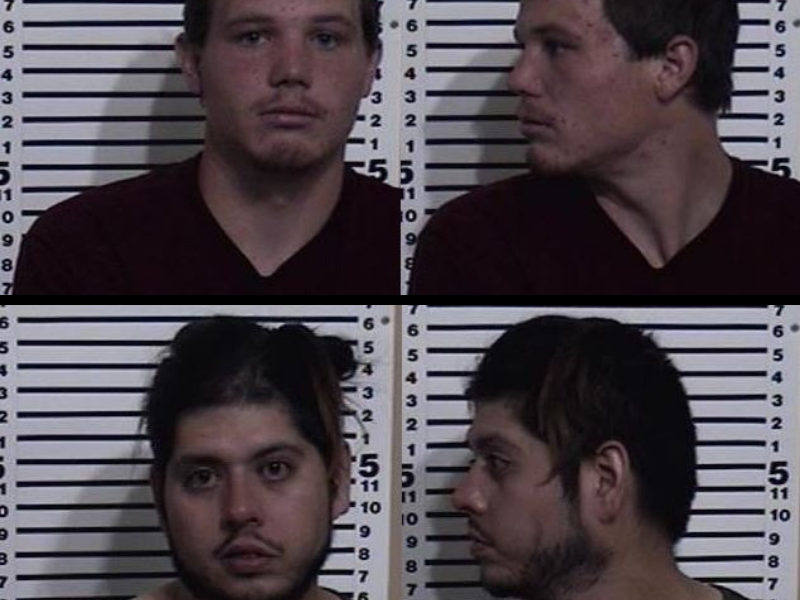 Two Adult Males Arrested for Vandalism and Possession of Drugs

At 12:45am this morning, Bonneville County Sheriff’s Deputies responded to a report of vandalism in progress at the Gem State Power Plant near 81st S. and 35th W.  Upon arrival Deputies located the suspects attempting to leave the area in a vehicle and were able to contact them after making a traffic stop.  Deputies identified two occupants of the vehicle, 21 year old Skyler R. Floyd and 28 year old Alfonso Garcia, both of Bonneville County and observed evidence of fresh paint and the use of Marijuana.

Through investigation and talking with Floyd and Garcia, they admitted they had been spray painting the walls around the dam and powerplant as well as using marijuana.  Deputies found the two were in possession of a small baggie of what they recognized as marijuana and some drug paraphernalia.

Both Floyd and Garcia were taken into custody and booked into the Bonneville County Jail for Misdemeanor Malicious Injury to Property, Possession of Marijuana, and Possession of Drug Paraphernalia.