U.S. Attorney asked to watch out for government overreach

“If a state or local ordinance crosses the line from an appropriate exercise of authority to stop the spread of COVID19 into an overbearing infringement of constitutional and statutory protections, the Department of Justice may have an obligation to address that overreach in federal court,” Barr wrote in an April 27 letter.

“The Constitution is not suspended in times of crisis. We must therefore be vigilant to ensure its protections are preserved, at the same time that the public is protected,” Barr wrote.

But the U.S. Attorney also has an obligation to preserve federal civil liberties protected by the United States Constitution – but without “second guessing” the state’s governance, according to a statement by Klaassen.

Barr’s letter reminding federal advocates to curb overreach prompted the U.S. Department of Justice to file statements of interest in support of two private litigants – one in Mississippi and the other in Virginia – whose suits involve potential infringement of First Amendment rights concerning the free expression of religion.

The department cited its opposition to the states in those cases as due to health orders subjecting religious organizations to “less favorable treatment than similarly situated organizations, implicating a heightened level of constitutional scrutiny,” Klaassen wrote.

In the district of Wyoming, however, no such statements of interest have been filed in legal challenges arising from coronavirus.

“There is no question that states have broad authority to exercise their police power to implement emergency public health orders to protect against an epidemic of disease,” Klaassen wrote Friday, referencing the public health orders dispatched by Wyoming Gov. Mark Gordon to slow the spread of coronavirus.

The current renditions of the orders criminalize gatherings with more than 25 people, failure by staff of some businesses to wear masks, along with other stipulations. Violation is punishable by up to one year in jail and $1,000 in fines.

Legal precedents stipulate that public health orders must have “real or substantial relation” to the pandemic and must not be, “beyond all question, a plain, palpable invasion of rights secured by fundamental law,” such as those listed in amendments to the U.S. Constitution.

When the federal system considers whether to side with an individual or the state in a dispute over civil rights, “the legal framework for evaluating the constitutionality of these measures is highly deferential to the state,” Klaassen noted.

He said tribal governments, including the Intertribal Business Council presiding over the Wind River Indian Reservation, enjoy “deference” from the federal government as well.

Still, he continued in a later interview with The Ranger, “individuals have the right to address what they believe to be their constitutional right, so they don’t have to wait for the federal government to take actions.”

On the reservation, where a stay-at-home order remains in effect to stifle the outbreak of coronavirus cases, no overreach by authorities has risen to the attention of the federal prosecutor’s office.

Klaassen’s office has noted 15 fraudulent or price-gouging schemes related to COVID-19 in the entire district of Wyoming, but hasn’t analyzed them fully to adopt or refuse to adopt those cases on the federal level. 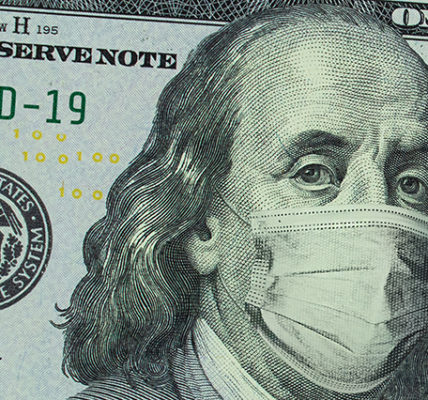 State could have more flexibility with COVID funds