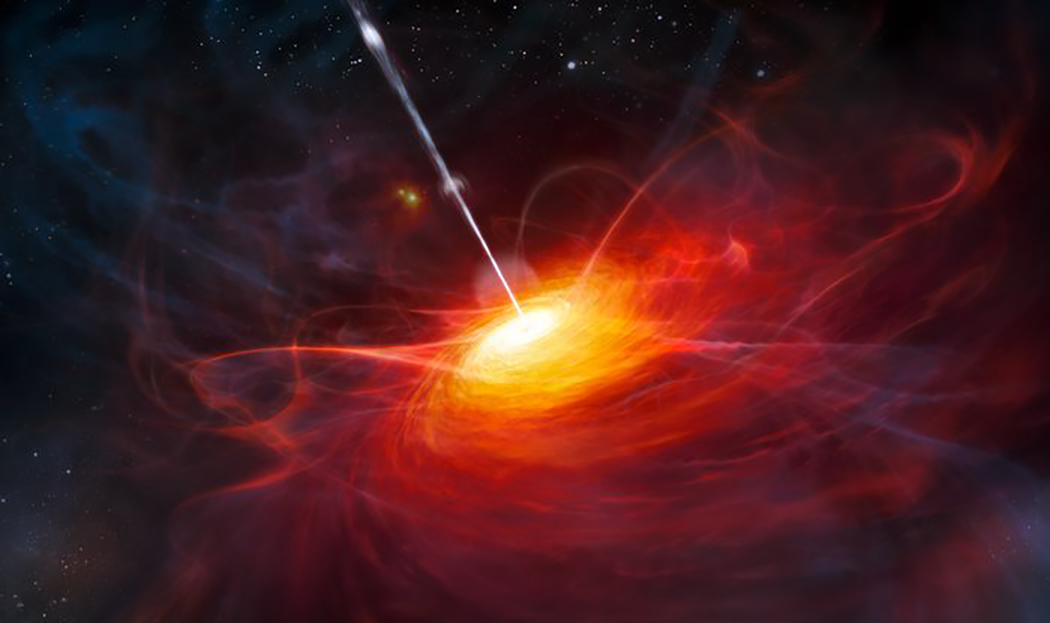 A University of Wyoming researcher played a key role in a study that suggests a newly developed computer model can more accurately explain the diversity of quasar broad emission line regions, which are the clouds of hot, ionized gas that surround the supermassive black holes feeding in the centers of galaxies.

“We are trying to get at more detailed questions about spectral broad-line regions that help us diagnose the black hole mass,” says Michael Brotherton, a UW professor in the Department of Physics and Astronomy. “People don’t know where these broad emission line regions come from or the nature of this gas.”

The new study, titled “Tidally Disrupted Dusty Clumps as the Origin of Broad Emission Lines in Active Galactic Nuclei,” was published earlier this month in Nature Astronomy, a monthly, online-only, multidisciplinary journal that publishes the most significant research, review and comment at the cutting edge of astronomy, astrophysics and planetary science.

Jian-Min Wang, from the Chinese Academy of Sciences, was the paper’s lead author. Other contributing authors were from Key Laboratory for Particle Astrophysics Institute of High Energy Physics, National Astronomical Observatories of China and the School of Astronomy of Space Science, all at the Chinese Academy of Sciences; and the School of Astronomy and Space Science at Nanjing University in Nanjing, China.

“We see and try to reach a deeper understanding of the broad emission line region, where it comes from, its structure and how it can lead to a better understanding of quasars themselves,” he says. “Our model tries to explain the full range of quasars,” which Brotherton describes with humor as “the fire-breathing, bat-winged, vampire rainbow zebra unicorns of astrological phenomena.”

The black hole’s gravity accelerates the surrounding gas from these quasars to extremely high velocities, Brotherton explains. The gas heats up and, in turn, outshines the entire surrounding galaxy.

“People think, ‘It’s a black hole. Why is it so bright?’ A black hole is still dark,” he says. “The discs reach such high temperatures that they put out radiation across the electromagnetic spectrum, which includes gamma rays, X-rays, UV, infrared and radio waves. The black hole and surrounding accreting gas the black hole is feeding on is fuel that turns on the quasar.”

The gases, like wispy fires, put out colors of light, described by Brotherton as similar to “giant neon signs in space.” The gases move at thousands of kilometers per second, with the blue-shifted gases moving toward us and the red-shifted gases moving away from us. This effect broadens the lines but doesn’t actually make the gases red or blue, he says.

At the broad emission line region, those separate colors become a spiral of colors, a measure of the velocity of surrounding dust clouds.
The model includes what Brotherton terms “a swarming donut of dusty gas.” Dusty clouds or clumps are contained in this donut that surrounds the quasar discs.

“What we propose happens is these dusty clumps are moving. Some bang into each other and merge, and change velocity,” he says. “Maybe they move into the quasar, where the black hole lives. Some of the clumps spin in from the broad-line region. Some get kicked out.”

The research was supported by the National Key Program for Science and Technology Research and Development, and the Key Research Program of Frontier Sciences at the Chinese Academy of Sciences.

“It is an important first step forward at looking at these emission lines that form the black hole mass,” Brotherton says. 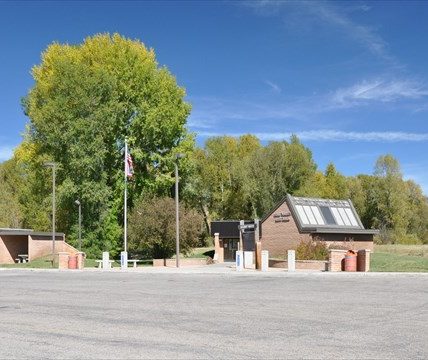