Laramie, Wyo.  (Nov. 27, 2021) — The Wyoming Cowboys concluded the 2021 regular season with a 38-14 home loss to Hawai’i on Saturday to finish the season with a 6-6 record.  Hawai’i finished the regular season 6-7.  Although the Pokes’ regular-season ended with a loss, they posted their fifth bowl-eligible season in the past six years and will now await a bowl invitation when those announcements are made surrounding conference championship games that will be played in the coming week.

Wyoming head coach Craig Bohl acknowledged the disappointment of Saturday’s loss after the Cowboys had played one of their best games of the season just a week ago in a win at Utah State.  He also gave credit to Hawai’i for its strong performance on Saturday.

“I want to congratulate Hawai’i,” said Bohl.  “Coming over here, that’s always a difficult trip and their quarterback (Chevan Cordeiro) played outstanding.  Coach Graham calls the defense and had us off kilter.  They beat us in all three phases.  One time I heard Lou Holtz say you bring a different football team to the stadium every Saturday.  Today I agree with him.

“We are going to lick our wounds. Hopefully we have an opportunity to continue to play. Those decisions are obviously not made by us.  I know this locker room is disappointed right now but deep down inside they want to keep playing. We have elements of being a good football team.

Wyoming linebacker Chad Muma and cornerback Azizi Hearn echoed their coach’s comments on the team wanting to play in postseason.

“(A bowl game) would be huge,” said Muma.  “I think that’s what everyone on the team wants.  I think everyone hopes we will receive a bowl game.  I have a feeling we will, and I think everyone wants to play, and I want to play – end the season on a high note.”

“We still have a game left — God willing — so that’s what I’m going to focus on,” said Hearn.  “A bowl game would mean a lot to all of us, from the players to the coaching staff.  We lost some tough games, but we won some games people didn’t think we’d win this year.  I’d be surprised if we didn’t get a bowl game.  I think we deserve one.”

In Saturday’s regular-season finale, Hawai’i jumped out to a 24-0 lead on the play of quarterback Chevan Cordeiro, who finished the day completing 19 of 31 passes for 323 yards, three touchdown passes and one interception.

Wyoming scored its first touchdown with 1:36 remaining in the first half on a four-yard touchdown run by running back Titus Swen.  Swen’s run capped off an 11-play, 75-yard drive that was highlighted by passes from Cowboy quarterback Levi Williams to wide receiver Isaiah Neyor (34 yards) and Joshua Cobbs (seven yards).  Williams also had a run of 14 yards, and UW running back Xazavian Valladay had three carries for 15 yards on the drive.  UW’s touchdown cut the Hawai’i lead to 24-7.

With the score 24-7 with 1:36 remaining in the half, Hawai’i moved the ball from its own 25 out to 50-yard line in five plays.  With four seconds remaining in the half, Cordeiro threw a hail mary to the end zone that was caught by Hawai’i wide receiver Jared Smart with no time remaining, giving UH a 31-7 lead going into halftime.

The Cowboys would score the only points of the third quarter, engineering an 88-yard drive in nine plays that culminated in a 30-yard TD pass from Williams to Neyor to narrow the lead to 31-14 with 1:11 remaining in the third quarter.

Wyoming was unable to get any closer than that, however, and Hawai’i added a touchdown in the fourth quarter on a 32-yard pass from Cordeiro to tight end Steven Fiso to extend their lead to 38-14 with 6:27 remaining.  That is how the game would end.

For the Cowboys, Williams completed 15 of 24 passes (62.5 percent) for 161 yards and one touchdown.  He would also lead the Cowboys in rushing, with 43 yards.  Valladay added 42 rushing yards and 19 receiving.  Neyor lead Wyoming in receiving with 78 yards on three catches and one TD.  Cobbs caught four passes for 31 yards and tight end Treyton Welch also caught four passes for 31 yards.  Defensively, middle linebacker Chad Muma was credited with nine tackles, as was free safety Isaac White.  Defensive end Victory Jones recorded the first interception of his career.

Wyoming’s one scoring threat of the first quarter saw the Cowboys move the ball from their own 17-yard line down to the Hawai’i 36-yard line.  On a fourth and seven at the 36, UW place-kicker John Hoyland came in to attempt a 53-yard field goal.  The kick was long enough, but went wide right.

Hawai’i’s third possession of the game carried into the second quarter, and the Rainbow Warriors would score on their third consecutive drive — this one a seven-play, 77-yard drive.  Cordeiro connected with tight end Steven Fiso for 19 yards to give Hawai’i a 21-0 lead with 12:39 remaining in the first half.

After two punts by Wyoming and one by Hawai’i, the Rainbow Warriors began its fifth drive of the half at the Wyoming 40-yard line.  After a 27-yard pass down to the Wyoming 13-yard line on first down, the Cowboy defense stiffened and forced Hawai’i into a 25-yard field-goal by Matthew Shipley that extended Hawai’i’s lead to 24-0.

The Cowboy offense responded with a big drive of its own on its final drive of the half.  On a third and nine at the Wyoming 26, Williams found Neyor down the right sideline for 34 yards to the Hawai’i 40.  Williams would carry for 14 yards followed by a completion from Williams to wide receiver Joshua Cobbs for seven, moving the ball to the Hawai’i 19.  That was followed by runs of five and nine yards by Valladay to take the ball to Hawai’i five.  Swen would carry for one yard and then he scored on a four-yard run to give the Cowboys their first points of the day and cut the Hawai’i led to 24-7 with 1:36 remaining in the half.

After the kickoff, Hawai’i took over at its own 25-yard line.  Cordeiro would proceed to complete passes of six and eight yards, moving the ball to the The Rainbow Warriors’ 39-yard line.  The Cowboys would then tackle Cordeiro for a five-yard loss back to the 34.  It looked like the score would remain 24-7 at half as Hawai’i faced a third and 15 at their own 34, but running back Dae Dae Hunter would break loose for 16 yards and a first down at the 50-yard line with four seconds remaining.  Wyoming took a timeout to set up its defense.  On the final play of the half, Cordeiro launched a pass into the end zone on a hail-mary play and Rainbow Warrior wide receiver Smart would come down with the ball to give Hawai’i a 31-7 lead heading into halftime.

Hawai’i posed a scoring threat midway through the third quarter, but on a second and goal at the Wyoming nine-yard line Cowboy linebacker Easton Gibbspressured Cordeiro and the quarterback’s pass was intercepted by Wyoming defensive end Victor Jones, who returned it to the Wyoming 12-yard line to end the threat.

That takeaway by the Cowboy defense would jump start the Cowboys’ second scoring drive of the game.  Williams would find Valladay on a first down pass for 12 yards.  Then Williams would gain eight yards on the second play of the drive, followed by a 14-yard run by Valladay.  Williams would complete a nine-yard pass to Cobbs, and then Williams would pick up three rushing yards for another first down.  The Cowboy quarterback added an 11-yard run and Valladay gained one yard to put the ball at the Hawai’i 30-yard line.  The final play of the drive was a 30-yard pass from Williams to Neyor for the score and narrow the Hawai’i lead to 31-14 entering the fourth quarter.

The only scoring in the fourth quarter was a 50-yard drive by the Rainbow Warriors that saw Cordeiro connect with tight end Fiso for a 32-yard TD pass — the second touchdown connection of the game between the two Rainbow Warriors.

The Hawai’i win was its 11th in the series with the Cowboys that began series back in 1978 and has been played 26 times since that over the next 44 seasons.  Wyoming leads the series 15-11.

With its 6-6 record this season Wyoming became bowl eligible for the fifth time in the last six seasons.  The Cowboys played in the 2016 Poinsettia Bowl, won the 2017 Famous Idaho Potato Bowl and captured the 2019 Arizona Bowl.  The Pokes were also 6-6 in 2018, earning them bowl eligibility.

Wyoming Seniors Have Been Part of Great Success at Wyoming

Saturday marked the final home game for several University of Wyoming senior football players.  During their time as Cowboys, the program has enjoyed a great deal of success.  Due to the NCAA granting players an extra year of eligibility following last year’s COVID shortened season, several current Cowboy seniors have been part of the Wyoming Football program since 2016.  Here are some of the accomplishments this year’s senior class has been a part of:

With nine tackles against Hawai’i, Wyoming middle linebacker Chad Muma improved his season total to 129 tackles.  That ranks as the 11th best single-season tackle total in school history.  Muma could add to that total in a bowl game.

Valladay in Search of His Second 1,000-Yard Rushing Season

Cowboy running back Xazavian Valladay gained 42 yards rushing in Saturday’s game.  That gives him 984 rushing yards this season — only 16 yards shy of 1,000 — with a potential bowl game yet to come.  Valladay has one 1,000-yard rushing season to his credit as he gained 1,265 rushing yards in 2019.  There have only been 11 Cowboys to rush for 1,000 yards in a single season in school history, and there have only been three to post two 1,000-yard seasons.

Wyoming sophomore wide receiver Isaiah Neyor caught his 11th touchdown pass of the season in Saturday’s game versus Hawai’i.  Neyor entered this week leading the Mountain West in receiving touchdowns and he ranked No. 8 in the nation in receiving TDs.

Conference championship games will be played in the coming week and bowl invitations will begin coming out surrounding those games. 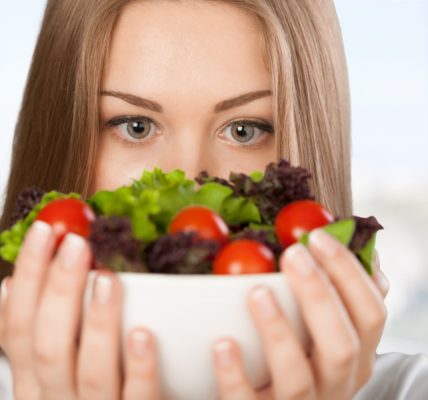 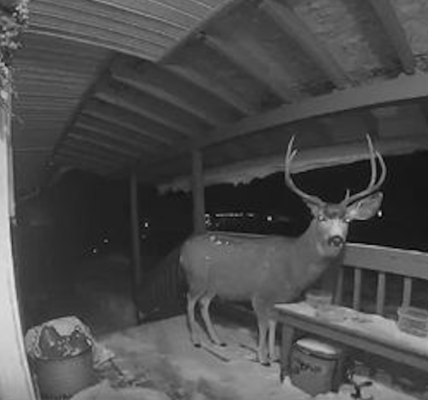 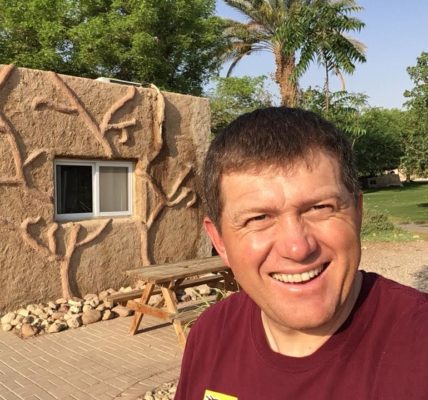