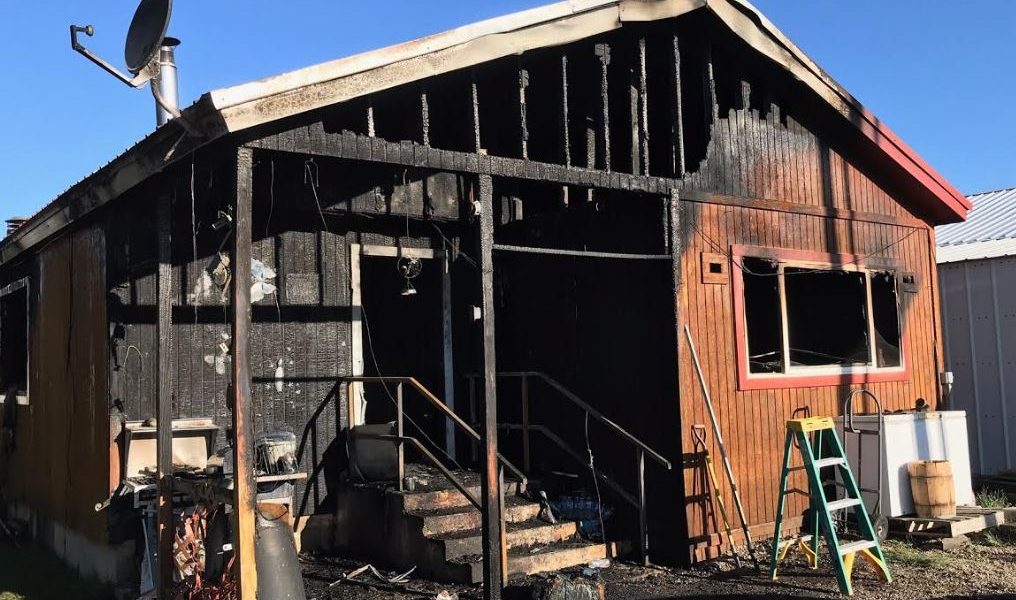 At approximately 10:50 PM, on July 10th 2019, Sublette County Dispatch received a 911 call of a structure fire at 121 North Ashley Avenue in Pinedale. SCSO Deputies and Sublette County Unified Fire (SCUF) responded with ten fire apparatus from Pinedale (Battalion 1), Boulder (Battalion 4) and Daniel (Battalion 5) were dispatched to the address immediately and were notified that one occupant was able to exit the home and a second was trapped inside.

Upon arrival responders, including thirty-two firefighters found the home to be partially involved and actively burning. Responders on scene found a female identified as Tricia Gunderson of Pinedale outside of the home. Ms. Gunderson advised responders that there was still someone inside. SCUF personnel immediately attempted to knock down the fire and gain access.

Firefighter rescue crews entered the home to conduct a search and encountered heavy smoke and flames. They eventually located an individual inside the home who was unfortunately deceased. The deceased has not been positively identified at this time. Miss Gunderson was transported to the Pinedale Medical Clinic from the scene with acute smoke inhalation and burns and was later life-flighted to EIRMC.
An autopsy is scheduled for the deceased and the cause of the fire is currently under investigation in coordination with SCUF, the Wyoming Fire Marshall’s Office and the Sublette County Sheriff’s Office.