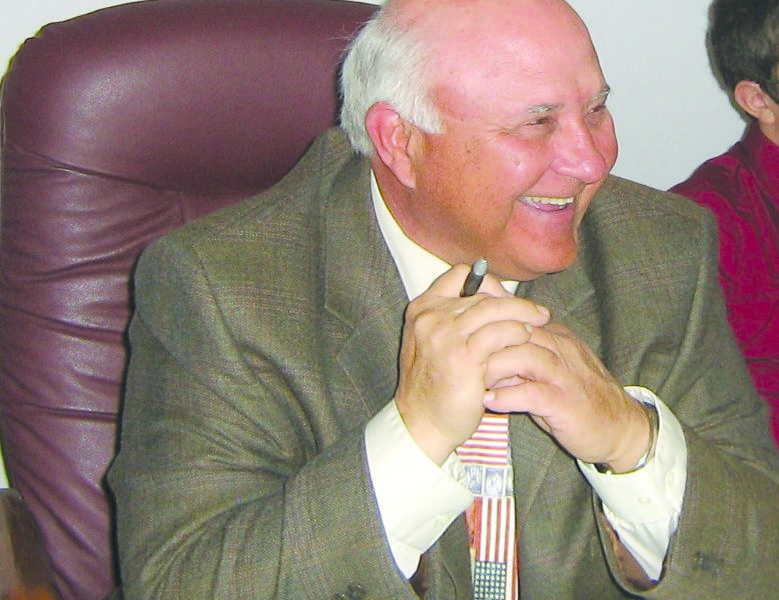 When Kent Connelly was 8 years old, his uncle tied him to a tractor so he wouldn’t fall off while driving it.

When he was 14, his 18-year-old uncles had him drive the hay truck while they baled. When they got back to the house, his grandmother chased him through the yard with a broom for driving under-age.

He chuckles about it now. But for the long-time county commissioner, work – mixed with a little laughter and a lot of sweat – is just part of being a Connelly.

“I was taught at a young age how to drive and operate equipment,” the now 68-year-old related. In fact, being put behind the wheel as a youngster in those days was part of a family-that-works-together-plays-together-culture. “This was natural for kids [my age]. We weren’t sitting around punching a computer.”

Recalling decades of public lands service in occupation and as an elected official, including 16 as a Lincoln County commissioner, Connelly spoke with SVI Media in two separate interviews. One was over the phone earlier this year and another sitting by his wife on a sunny April afternoon in Kemmerer – just miles from the old coal mines, the Rocky Mountain Power Naughton Power Plant and surrounded by Wyoming public lands he has fought for through years of myriad public hearings, lobbying alongside other state and local elected officials working with the energy industry to support local jobs and clean reliable energy.

And this clean energy production he has worked and sweated over supporting Wyoming’s mineral-based economy – and for which he has at times taken heat – also provides clean energy for several western states.
The former commissioner, in fact, described going from local public works to county commission and statewide lobbying like “drinking from a garden hose, now you’re drinking from a fire hose.”

Any new county or state official comes into office, Connelly said, with the experience you have, “but you do not realize the taxpayer expects you to know everything. You’re the lawyer, the BLM (Bureau of Land Management) help, and you run a workforce of 143 people [as a county commissioner]. That’s one of the hurtles of being a new commissioner.”

Kent Connelly wouldn’t have missed one second of those 16 years.

“It was a privilege to serve, especially when you get to know the people, what they really want and what they need. That’s fulfilling, to have communication and know their frustrations,” Connelly related, speaking of the trust those people – often a “silent majority” — had in him.

That trust was borne witness to by his wife, Kathy West Connelly, as they’ve walked side-by-side since their 1974 marriage in Ogden, Utah. “He amazes me,” she said that day in Kemmerer on a brown leather couch by her husband’s side. Surrounding the two on the walls were family photographs of their three children, 14 grandchildren and one great-grandchild, alongside decades of hunting and fishing family memories. Outside, deer from the nearby slopes strolled through the neighborhood in northwest Kemmerer.

“He doesn’t forget things,” she added. “He reads; he’s loyal. He genuinely cares.”

And he took commission calls 24/7, she recalled, even while serving as a bishop for The Church of Jesus Christ of Latter-day Saints, and battling together as she faced cancer and now Parkinson’s disease.

“I’ve always been up front, ‘you can call me, whatever, whether you’re mad or happy.’ You hear more of the worst things than the good things, but it’s gratifying,” her husband related.

For the former commissioner, there were two things that helped him balance his work, church and family obligations – his faith and his wife by his side.

“The secret to all leaders’ success is their spouses’ support,” Connelly said of wife, Kathy.
As to his faith, he was known among his fellow commissioners for using prayer to guide him personally and for an uncanny ability to balance loads.

“If it’s in God’s time, it’s His pace. You will find time to do stuff if you trust the Lord,” he said, adding that he believes the American public overall wants leadership that is “willing to listen to God.”

So during these 16 years, he balanced time while serving as “a bishop; I was a county commissioner. I would become president of the Wyoming County Commissioners Association and sit on four governor-appointed state boards.”

“We formed a volunteer organization. First, we pursued direct funding from the state by asking for dollar donations on hunting licenses,” he recalled.

For example, in 2013, the Casper Star-Tribune reported that Wyoming Search and Rescue Council approved $163,856.73 in reimbursements for 12 county sheriff’s departments in search and rescue operations.

So with his decades in the coal mining and chemical processing management professional positions, as well as search and rescue, Connelly campaigned in 2004 to join the Lincoln County Commission. After being sworn in January 2005, he began a 16-year odyssey of public lands issues, wilderness study area (WSAs) issues and working with energy officials throughout the nation to keep energy production in Wyoming rural areas, to keep and produce jobs, while producing clean energy.

Among legislative bills he lobbied for included House Bills 159 and 200, which, in essence, urged the public service commission to require big power companies to “keep a voice in Wyoming” when considering selling or converting plants.

For example, with HB 159 in 2019, then-Commissioner Connelly testified in front of the Wyoming County Commissioner’s Association and the Public Service Commission in public hearings in Lincoln County for ensuring the possibility of a power company selling a local plant in the event an owner considers retiring a facility. Such a bill fought to keep Rocky Mountain Power’s Naughton plant open, two miles outside Kemmerer.

Since 1963, Naughton has provided for much of the local Kemmerer/Diamondville economy.
In addition, Wyoming’s mineral-based economy supports public education throughout the “Equality State.”

Losing Naughton, Connelly told SVI Media, would have cost Lincoln County 450 jobs and $12 million in tax money. That’s half the county commission budget, according to Connelly. Sweetwater County would lose 400 jobs and $25 million in taxes. He added that the impact of such legislation throughout the nation was such that for HB 159 officials from some 23 states watched the hearings live.

Recalling all this, during that April afternoon in Kemmerer with this SVI reporter, Connelly stood looking out over slopes that still hold burned out coal from the old Diamondville Mines. To the northeast, the red hue of the earth shadowed in the setting sun indicated areas of old burned out coal. An old two-lined trail led right to the slopes where generations of miners worked, with their families in row homes to the west that still stand in old Diamondville.

But to the southeast are slopes that once collapsed in mining operations, causing railroad problems in the 1980s. Today, successful reclamation is indicated as antelope play on grassy hills.

Clean energy, jobs, reclamation, a balance of wilderness areas with public land use – all were part of daily life for Connelly. But that love of the land began long before he and Kathy raised their family in Kemmerer. Such was imbued in him from his childhood.

“My dad worked for the forest service for 47 years. I went around the whole west with him. There isn’t any part of the western states I haven’t been. I know the forests from inside-out.”

His father, Raymond Connelly, died in May 2020. His mother, Maxine Quast Connelly, still lives in Ogden where the family was stationed for the bulk of Raymond Connelly’s forest service career. Son Kent actually grew up all over the west, working on family farms from Star Valley to Burley, Idaho. He eventually graduated from Ben Lomond High School in Ogden. He studied engineering at Weber State University, as well as extension services in Oregon.

Some of his favorite memories are going with the family to the national forests where his dad oversaw equipment inspections and planting operations where thousands upon thousands of new trees were planted to replace old trees taken in logging.

In particular, he recalled as a 10-year-old fishing at Snyder Basin on South Piney. And he related actually helping with some of the planting operations. “My dad drove the equipment. The sun was out; it was the middle of summer. It was a nice day.

“That’s where I learned about a healthy forest,” Connelly said, reminiscing about sitting around campfires at night with other crews’ families. “It was just my dad’s family.”

It’s hard for Connelly to pinpoint any one thing he is most proud of over the past 16 years – from clean energy jobs to fighting for fair public land use while protecting wilderness areas, to keeping forests healthy and preventing catastrophic fires, to getting civic centers and libraries in small Wyoming communities.
One thing he expressed is gratitude – for the people who trusted him, for his wife’s support, and for the help of non-elected employees like commission administrative assistant Corey Roberts. And he has nothing but good luck wished for the new Lincoln County Commissioner Jerry Hansen, who beat Connelly last summer in a hard-fought primary.

His advice: “Just step in and be a good listener.”

Today, Connelly continues with the coalition of conservation districts, which honored him in 2020 as the “Outstanding Elected Official.” And he will continue with search and rescue, where he described moments, such as the parents of three lost boys cuddling in a freezing stuck truck thanking them for rescuing their sons, where a room “full of grown men cry.” They found the boys by having a nearby train continue whistling along the line until the boys, with working cell phones, yelled they heard it. With that, Connelly turned to his fellow rescuers and said, “We have them.”

— Some information for this article came from a flier from the Connelly campaign “Paid for by the candidate;” from a May 30, 2013, article in the Casper Star-Tribune by Kyle Roerink; and from Wyoming legislative bills online information. 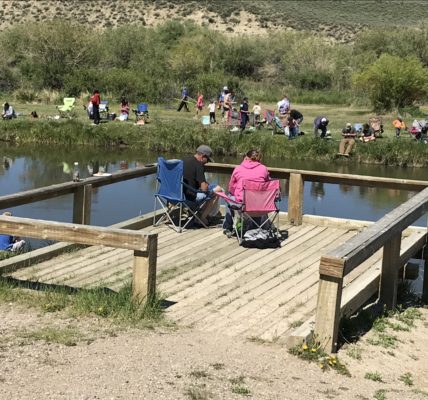