POWELL — Yellowstone National Park announced an ambitious goal of finishing temporary repairs of the Northeast Entrance road by mid-October and has forged a deal with the Montana and Wyoming transportation departments to plow “the plug” this coming winter, if necessary.

“We have very aggressive timelines to get these temporary repairs completed, both for the Northeast Entrance Road, and the North Entrance road,” said superintendent Cam Sholly during a Tuesday interview.

His only worry is the weather. Hedging his bet, he met with the departments of transportation Tuesday morning.

There are only six to eight weeks of construction time left before the snow usually starts flying in the park to fix the roads damaged by unprecedented floods in the second week of June.

“It can snow before Oct. 15. So if it does, we will work with Montana and Wyoming and keep the plug open. If we don’t hit the targets on [construction], then what we agreed to with both directors today, is (there will be) a plan to maintain the plug being open throughout the winter,” Sholly said.

He also spoke with Wyoming Gov. Mark Gordon and Montana Gov. Greg Gianforte to shore up plans under both contingencies.

“I’ve talked extensively with both governors about doing whatever we need to do to make sure we’ve got access. And I’m confident in our ability to adjust as necessary going into the fall,” Sholly said.

The repair work isn’t the final solution, he said.

Once the gateway communities of Cooke City/Silver Gate and Gardiner are reconnected, which is the top priority, work will begin on fixes to ensure future floods don’t wash away all the reconstruction.

“It would be almost derelict if we didn’t evaluate sections of road that could potentially be flooded out in future events and not think about realigning some of those roads. What I don’t want to do is repair these sections and have another flood event in a year or five years or whatever, and have a whole other set of wash outs,” said Sholly.

Park officials have finished all compliance packages for the short-term temporary emergency repairs in both corridors, he said.

Once the communities are reconnected, they’ll do more extensive environmental compliance assessments for long-term solutions. The public will then be able to participate through public comment periods.

Park officials will be looking to make environmental gains and increase sustainability and do so in the least visually impacting way possible, he said.

The project has received support from Washington in the form of an initial $60 million investment to get it rolling. Wyoming Sens. John Barrasso and Cynthia Lummis and Gordon have all been on the ground in the park and supported efforts in “threading the needle and getting those communities back on their feet,” Sholly said, adding “I really appreciate all the outreach and support across the board.”

Plowing the plug — the stretch of road between Cooke City and Wyo. Highway 296 — would be a controversial move, especially if permanent.

In a recent survey, roughly 61% of residents and business owners in Cooke City and Silver Gate recently said they support finding a way to keep the Beartooth Highway open year-round between the Chief Joseph Scenic Byway and town.

Sholly requested the survey, which was taken in January, to gauge support for the idea. During the winter, trucks with trailers built for snowmobiles stack up near Pilot Creek.

On weekends, 100-150 vehicles use the area as a launching point for trips into the High Lakes area of the Beartooth Mountains — one of the most popular snowmobile meccas in the West — and the gateway communities.

With a heavy snow load in the plug blocking vehicle traffic to the east, the only way out of Cooke City in the winter is to the west, along normally plowed roads that lead through Yellowstone’s Northeast Entrance to Mammoth Hot Springs and destinations to the north in Montana. That includes Livingston — currently the closest city with medical facilities and the conveniences of a larger retail community.

In a recent letter to Gianforte, Briggs said the time saved each way could mean the difference between life and death in a medical emergency and allow businesses to stay open during winters.

“The livelihood and health and safety of our towns is dependent on being able to keep Highway 212 (the plug) open year round,” Briggs wrote in the letter previously reported in the Tribune.

The results of the survey mirrored previous surveys taken last year and are similar to survey results from 2017, said Rick Hoeninghausen, director of sales and marketing for Xanterra Parks & Resorts at Yellowstone.

“There has been some turnover of businesses with a lot of newer owners now. That’s perhaps contributing to this — where this is going now,” he said, adding that he thinks plowing “provides tremendous opportunities for Park County, Wyoming, and Cody, and the communities in Wyoming around our county to establish a much, much better, more robust winter business than we have now.”

Most local snowmobile owners, including many members of the Cody Country Snowmobile Association (CCSA), are sensitive to the debate after seeing their access to the forest shrink over the years. The last big fight over access came while the Wyoming Public Lands Initiative looked into the High Lakes Wilderness Study Area, with some members of the committee seeking to further limit access.

A newly formed group of regional residents and business owners met last week to advocate for plowing the plug and ensuring continued snowmobile access to trails in the area.

As reported in the Yellowstone Gate, The Park Access Recommendation Committee (PARC) expressed concerns last week about repair timelines before Sholly’s announcement Monday. PARC members said Monday they still plan to meet with state and local officials later this month to make sure the plug is plowed, regardless of the status of road repairs.

“This is about our future economic survival,” PARC organizer Terri Briggs said after Sholly’s conference call.

She said the community “has got to start growing our winters here.”

“Things just keep dwindling in the winters,” she said, “and with the summer we’ve had now, a lot of businesses aren’t going to make it if we don’t do this.”

Sholly’s fifth anniversary as superintendent is in October. It’s gone by quickly, he said.

“We’ve been through a lot together, and I have incredible respect for this team in the park and our partners surrounding the park. I think we’ve accomplished a lot — we’ve dealt with a lot of adversity.”

Soon after Sholly arrived, the COVID-19 pandemic forced the park to change many aspects of the way it does business. Flood damage has been another huge challenge.

“There’s no question; this has been a tough period of time. Not just for us, but for the communities. I think we’ve proven that when we work together, we’re pretty resilient,” he said.

Park officials reported that attendance in the park in June was down 43% due to the park missing a week of visitation after the flood and having two entrances “completely severed from the park’s roadways.”

Due to contractors working on damaged sections of the park’s Northeast Entrance Road, access to the road has changed. The road had previously been open to bicyclists and pedestrian traffic to Barronette Meadow, but because of significant construction work, the road will be closed near the Warm Creek Trailhead and picnic area.

“This will still afford access to visitors and residents but will provide room for construction work to begin, including staging of equipment and materials needed to make repairs,” officials reported. 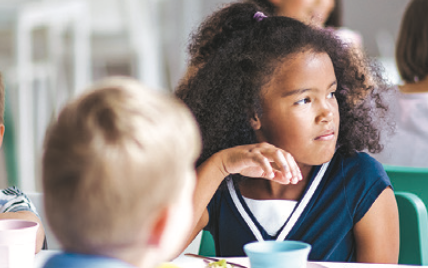 Free meals for all students ends