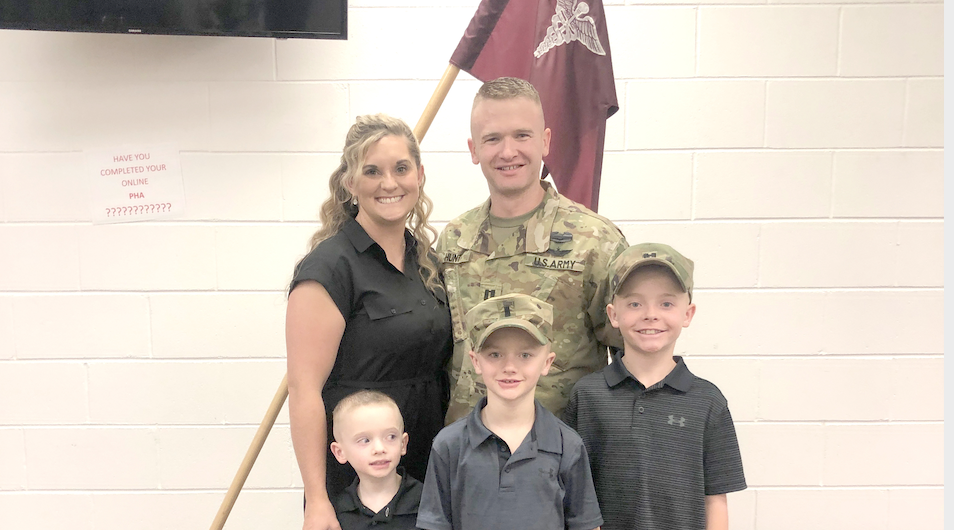 I joined the military going into my senior year of high school. It was post 9/11 and the wars in Iraq and Afghanistan had just begun.

I was looking for ways that I could pay for school and to be able to do my part for this great country.
I joined the Wyoming Army National Guard on 27 October 2003.

In 2005 I decided to serve a Mission for The Church Of Jesus Christ of Latter-day Saints. I was called to serve in Moscow South Russia. I was on my mission for a year when I was called home to deploy with the 1041st (Afton Unit) in 2006.

Since that time, the Wyoming TAG has signed mission first policies that help avoid the need to call Missionaries home off their mission.

I spent the next year in Iraq serving as a Convoy Security Gunner. Upon our return from Iraq, I started college. However, in 2009 my wife and I decided that we would stay in the military and pursue a helicopter flight position in the Wyoming Army National Guard.

I was selected for a flight seat in summer of 2010 and entered Warrant Officer Candidate School (WOCS) in February 2011, later I commissioned as an Officer instead.

My service has provided me a platform to raise my children founded in both religious and patriotic beliefs. However, the military brings unique challenges to balancing family and work. There are times where you must leave your family, in order to continue the call to support the country.

One of the things I love most about the National Guard, is the ability to support the state. I have had multiple opportunities to support Wyoming through floods and search and rescue missions.
I plan on staying in the military for at least another 10 years.

Marcie (Suloff) and I got married when I was called home from my mission between Russia and Iraq on 06 June 2006 in the Salt Lake City Temple of The Church of Jesus Christ of Latter-day Saints.

Marcie graduated from UW with a PharmD and is currently working as a Clinical Pharmacist for the VA.
We have three sons Arel Jay (11), Trelynn (9), and Markus (6). They love to go snowboarding, ride motorbikes, and do anything they can with the family.

Star Valley, has always been great in supporting in our servicemen and women. I have always felt a love from the Valley in my career. I have seen countless packages while I was deployed, and helped with linking up packages to the other Star Valley service members as well. The community is always out to support us in our endeavors.

To anyone that is looking to serve in the Military, look for ways to serve that will enable you in both your passion and desires. I have been able to utilize the military to see over a dozen countries, fly the UH-60 Blackhawk, and have been placed in positions that have helped define me as a leader.

It is my military experience that has made me a better husband and father. Military service has also paid for my Bachelors and Masters degrees.