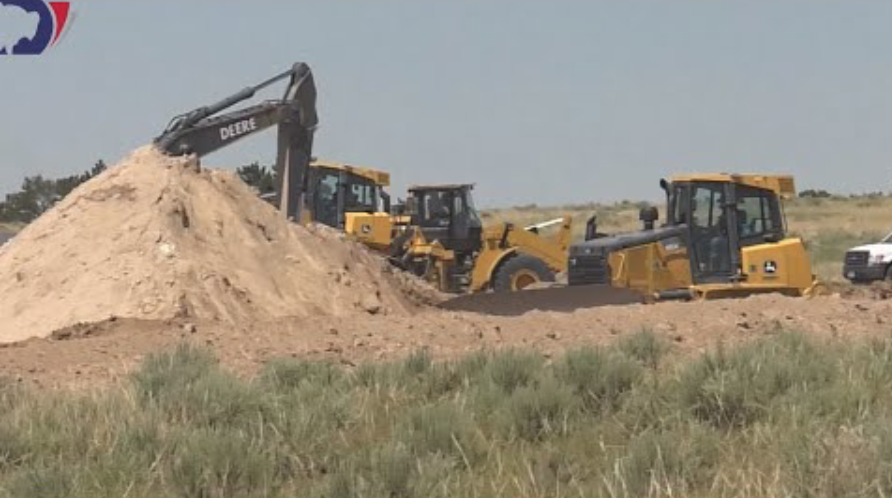 Progress made in irrigation canal repair

TORRINGTON — Both the Goshen Irrigation District and the Gering-Fort Laramie Irrigation District held public meetings on Monday, Aug. 12 to discuss the status of an irrigation tunnel that collapsed on July 17, and leaders of both districts were very clear about one thing: there is no timetable for the water to return to the canal.

The collapsed dumped thousands of cubic feet of dirt into the tunnel, which caused water to back-up and the canal to breach. While the breach repairs have been finished and the canal itself can hold water, it’s still impossible to say how long it will take to fix the tunnel.

During the GID meeting that was held at Eastern Wyoming College, GID Chairman Bobby Coxbill told the crowd it would be “a miracle if water was flowing in two weeks, but it’s not looking good.

“I think we’ll see water through there in September,” he said. “We’d love to run that, as long as possible to see a good test run. We’ve got to have water. My farm isn’t worth squat right now without water.”

Goshen board member Shawn Booth was more optimistic with his assessment.

“In my personal opinion, and some people are more optimistic, I think that by the end of August we will see water run through that tunnel,” he said.

“There’s nobody out there that doesn’t want to see water run through that tunnel. I’m hoping that happens. Even if you look at that scenario, at the end of August and the first of September, if we get the water on these hay fields, they’ll respond right away. I know we have to completely rebuild our moisture profile, and it’s tough to get the profile back.”

But even so, Gering-Fort Laramie District supervisor Rick Preston said during the meeting at the Panhandle Research Center in Scottsbluff, that’s the best-case scenario. The team from SAK Construction is working on removing dirt from the main collapse now, and what they find dictates when the water will flow.

“The other thing I didn’t want to have to mention, but in pushing the contractor to try and get me a time of an idea, he laid this scenario in my lap, as well,” he said. “They’re shooting in the dark. I’ll tell you what he told me.

“He is on schedule to try to get this water back in. But, he said if he gets in and he finds that we have lost the walls, that the walls came in with the top of the tunnel, the chance of you getting water is over. That is an absolute.”

The plan devised by SAK to install ribbing every four feet into the tunnel has worked so far, and the first collapsed area has been repaired. There is also an effort to excavate the sinkhole that caused the collapse from the top of the tunnel, which will allow crews to install steel trench boxes to reinforce the tunnel.

United States Senator John Barrasso attended the meeting in Torrington Aug. 12, and after spending the afternoon viewing the site, he commended the GID and the county on their efforts.

“I didn’t come here to talk, I came here to listen to what all of you had to say,” Barrasso said. “I got to spend some time over there this morning with your commissioners, take a look at the sinkhole, and go into the tunnel and see the work being done.

“There’s still a long way to go, but I just want to thank the members of the Goshen Irrigation Board for the work you guys have done around the clock. Where ever I go around the state, there’s two things I hear about – what’s going on here, and what is going on in the coal mines in Gillette. Those are the concerns of the people of the State of Wyoming. They all care about each other.” 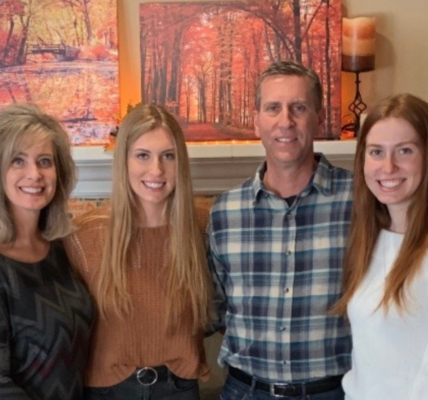 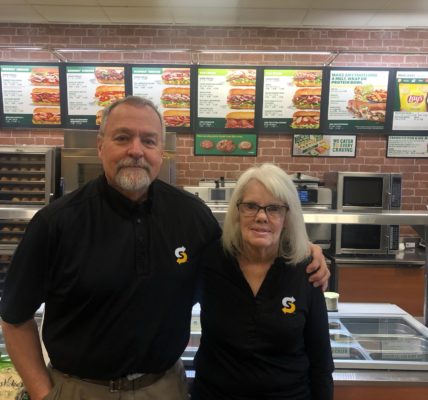