Superintendent Matt Erickson spoke with SVI media this week about the recently completed accreditation visit from the Wyoming Department of Education and explained his views on what the legislature is calling “ghost positions” and how they are planning to cut funding because of them.

Erickson said, “We did have our accreditation review last week, had several team members from Wyoming Department of Education and then different educators from around the state that were on the team. They reviewed us on 15 standards that have multiple sub-standards, and we scored very, very well. In fact, we were told that we scored in the top 2% of the state.”

Erickson credited Star Valley High School principal, Jason Horsley, with leading the district through the accreditation process, saying, “ I am a pretty good delegator, and I delegated that to Jason Horsley––he did a fantastic job of leading us through the process.”

Superintendent Erickson praised David Cazier and Principal Danny Robinson as instrumental in helping the district achieve success in the accreditation process. Multiple teachers, school board members, and staff participated in the review. Erickson said, “The state was very impressed with what they saw. Dave Cazier helped the accreditation team take a virtual tour where they were able to observe several classrooms, even during COVID. Our teachers just flat nailed it. So we’re very, very blessed in this district.”

Accreditation, on a smaller scale, happens every year in the fall, but in the fifth year, WDE takes a deeper look at each district’s processes for achievement. The deeper dive affirmed LCSD2 is performing well and can continue to educate, and graduate, students.

Erickson commented on some proposed budget cuts happening in Cheyenne. While the Senate is proposing almost double the number of cuts than the House of Representatives, The House has focused on what it is calling “ghost positions” to find $78M to help balance the budget.

The state funds districts on an evidence-based and a cost-based model. At the elementary level, classes are funded 16, to 1, meaning 1 teacher, for every 16 kids. LCSD2 does not have enough classrooms available to meet the model. The district is planning to add on to Afton and Osmond Elementaries, so both schools are currently overcapacity.

According to Erickson, “Most districts in the state find themselves in a similar situation––where they cannot find one teacher for every 16 kids at the elementary level. It’s also market-driven. So our base pay is $54,200. For a teacher, the state reimburses us on a cost-based and evidence-based model of $38,099 for a teacher. So you can see that there’s clearly a several thousand dollar disconnect between market value.”

Teachers are paid more than the model because the ratio of students is higher than the model funds. The district uses the money from the funding model to pay fewer teachers more in LCSD2. It’s not that there are empty teaching positions that aren’t getting filled.

Districts in Utah have now begun paying starting teachers over $50,000. Until recently, that wasn’t the case. Erickson explained, “So this year, we have two or three elementary openings teaching positions open to start in August. We’ve received 23 applications so far. We used to receive well over 100 applicants. Our number one goal is to have quality teachers––teachers are the program. Teachers are the education bottom line. The rest of us are in support staff roles. So when it comes to recruiting and retaining, we have to obviously at least be in the game with a base of $54,000.”

“The funding model for education is complicated,” Erickson said. “It takes four or five doctor degrees to truly understand it. But in our district, we run about 85% true to the model the state asked us to run, and that’s what’s been suggested by the consultants. They make recommendations, and obviously, then the legislators’ job is to fund education at a cost-base level.”

Superintendent Erickson explained he is in frequent contact with local legislators, Evan Simpson and Dan Dockstader, texting and emailing the busy legislators almost daily. Erickson commented about Dockstader, “He’s extremely busy and trying to run the Senate right now, but know our local legislators, Senator Dockstader, and Representative Simpson are amazing and they’re easy to work with, and they truly do advocate for us.”

Uinta County Opens COVID Vaccines to Anyone Age 18 and Older 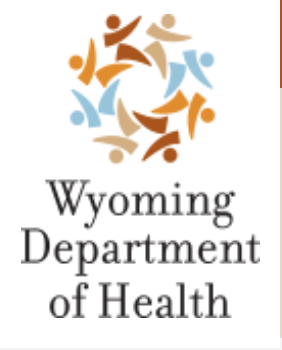